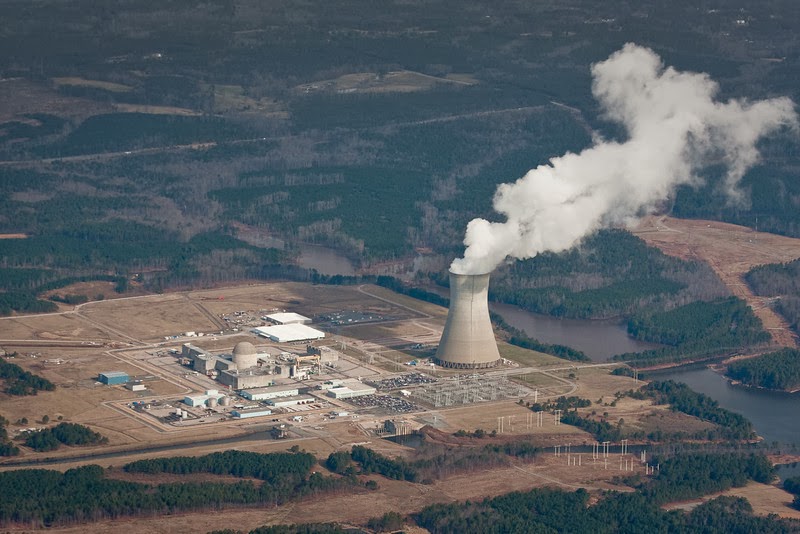 Smoke was detected at about 10:15 a.m., and operators safely shut down the plant before on-site fire crews responded. No flames were detected. [6]

AP, Jan. 18, 2014: Fire breaks out at NC nuclear plant […] Officials say operators shut down the plant when an alert was declared Saturday morning. [1]

WRAL, Jan. 18, 2014: “This morning Duke Energy notified the emergency management agencies for the state and four counties within close proximity to the Harris nuclear plant of an equipment malfunction,” state Department of Public Safety Secretary Frank Perry said in a statement. [2]

ABC 11, Jan. 18, 2014: […] folks still have fears. “After the Japan accident and the big scare from that…this is something to be concerned about a fire at a nuclear plant power,” said Raleigh resident Brad Henningsgaard. The fire is the latest problem at the plant. It just went back online last month after the Nuclear Regulatory Commission shut it down after a flaw was found in the reactor. It was also taken offline in May, when an inspection revealed early signs of corrosion in the reactor’s vessel. “I hope that Duke pulls this together and gets this thing straight,” said Henningsgaard. “It’s a nuclear power plant and it poses a danger to the surrounding area,” added Raleigh resident Peter Henkel. People are concerned considering how many incidents have happened within a one-year time span […] [3]

Charlotte Observer, Jan. 18, 2014: The alert was declared at 10:16 a.m. and ended at 3:51 p.m., according to Stevenson. In response, the state and the counties staffed their emergency operation centers to monitor and coordinate any needed response. [5]

4 Steps to Overcome Fear Previous post
Meet the Blackphone: The Promisse of a Spy-Proof Smartphone Next post