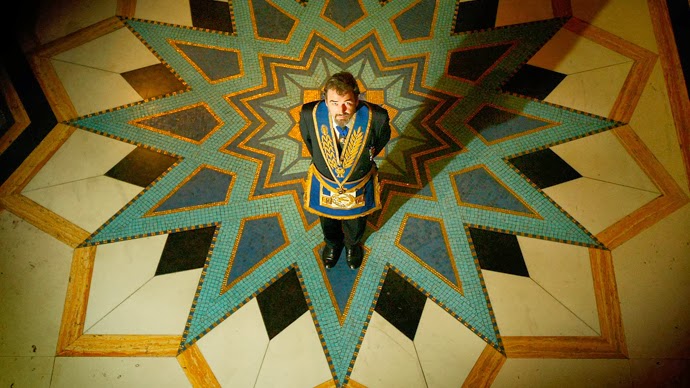 Freemasonry: ‘The Firm Within the Firm’

Is there a vaster chasm than that between ‘worthy charitable giving’ and ‘swindlers at the top of society’? This is par for the course though when you do an internet search for the Freemasons.

Last week brought more hard evidence of the latter (and darker), with the second leaked report from UK criminal justice authorities in as many years to conclude that mobsters use Freemasonry to freely recruit corrupt detectives, being one of ‘the most difficult aspects of organized crime corruption to proof against.’

Scotland Yard’s Operation Tiberius report was written over a decade ago but has only this week been made public by The Independent’s investigations editor, Tom Harper. It follows on from Project Riverside, revealed by Channel 4 News’ Andy Davies in March 2012 from the Serious Organized Crime Agency (SOCA), which also describes Freemasonry in round terms as ‘a firm within a firm’.

Incredible though it may seem, although paid for with public money, both these reports have taken nearly a decade to surface, and then only as partial press leaks.

So why did the authors of Scotland Yard’s Operation Tiberius’ find Freemasons so difficult to winkle out?

Most know Freemasonry sits somewhere between a religious cult and a pyramid selling scheme but have no idea where ‘The Craft’ came from, or what makes Masons tick. It’s the oath of secrecy, similar to the Mafia’s Omertà, on pain of death, which, in theory, makes any revelation about ‘The Craft’ a slip of the tongue you can die for.

Behind the lodge door

Masons have a pyramid of initiation through 33 ranks, or ‘degrees’ and belong to geographic ‘Provinces’ overseen by London’s United Grand Lodge of England (UGLE). They follow civic county boundaries and each produce an annual yearbook with a tally of lodges followed by members names in each lodge.

One would have thought it would be a relatively simple job, therefore, for Scotland Yard detectives to figure out who of their colleagues are in and who are out.

The trouble is those yearbooks are jealously guarded. Masonic Bristol MP, Jack Lopresti, for example, promised me a copy of the latest Bristol Yearbook live on the radio in April 2012 but his provincial secretary, Steve Rawlings, refused to send it.

This begs the question: when a senior public figure is low to middling in the secret Masonic hierarchy, who’s really in charge in the world of the ‘profane’, as Masons call the public?

As a secret establishment club, Freemasonry rightly rings alarm bells. By seizing only a handful of key positions in the criminal justice system, like any unscrupulous interest, it could corrupt the entire caboodle.

The other nerve-jangling concern is that Freemasonry’s ‘Don’ just happens to be a little too close to one the top figures in Britain’s military and judicial chain-of-command; UGLE’s Grand Master, Prince Michael of Kent, is Queen Elizabeth II’s cousin.

Historians trace Masonic scandals back to a few decades after ‘The Craft’ was founded in the eighteenth century as a society of ‘free thinkers’. The occasion was the 1798 publication of John Robison’s ‘Proofs of a Conspiracy Against all the Religions and Governments of Europe’. When he said proofs, proofs he meant.

Quoting verified leaked documents, he detailed methods of political infiltration and deception to be used by a coterie of senior German masons, sponsored by a wealthy ancestor of the present British royal family, Duke Ernest II of Saxe-Gotha-Altenburg.

Quoting links to the perpetrators of the bloody French Revolution, Robison’s scandal flew like a whirlwind round the high society of Europe. This exposé might have been roundly discredited by Masonic loyalists as ‘Conspiracy Theory’ had the author not been one of the most respected men of his day, his brilliant scientific mind nurturing the white heat of scientific innovation driving the industrial revolution.

Secretary of the Royal Society in Edinburgh, Robison was a close friend of the inventor of the steam engine, James Watt, and above all, from the point of view of credibility, a Freemason himself. He saw the secrecy which had protected free-thinking innovators beginning to take on a new self-serving character absolutely contemptuous of outsiders.

Along with the 1798 ‘Memoirs Illustrating the History of Jacobinism’ by Abbé Augustin Barruel in France, Robison’s forensic critique of Freemasonry caused a bitter public schism in ‘The Craft’ which lasted a decade or more, before being ‘buried alive’ with the passing of Robison’s generation.

So Masonic scandal is nothing new. Every time, whether the ‘powers that be’ hit Masonic accountability into the long grass or not, the true remedy is the same: declare your secret society membership as an interest like any other or face prosecution for misconduct, particularly in public office.

One would expect to find those principles as the nucleus of all probity and good governance for associations and corporations round the world, both public and private, yet they are eerily absent.

Is Freemasonry a fundamentalist religious cult?

Though many accuse ‘The Craft’ of being a religious cult, Freemasonry may not fit the definition of a ‘religion’ in the usual sense. However, Masons certainly hold strong beliefs about Western influences in the Holy Land. Those of the higher degrees privately profess a ‘fundamentalist’ fervor for Zionism.

Israel’s own Grand Lodge was founded in 1953, now numbering between 50 and 60 lodges with thousands of members. Indeed even in Bristol’s windowless ‘Royal Arch’ Masonic Temple, the furnishings are embossed throughout with golden Israeli ‘Star of David’ emblems.

Where you can find them, former Freemasons give dazzling insights into the favors ‘The Craft’ affords as well as the evils of what is essentially a ‘gang for grown ups’ strewn through with a toxic mix of mumbo-jumbo and bullying.

Both Stephen Knight’s 1984 book ‘The Brotherhood’ and former ‘World In Action’ journalist Martin Short’s 1989 follow up ‘Inside The Brotherhood’ do an ample job documenting the testimony of those brave enough to reject the threats and leave ‘The Craft’. The latter, as a six-part Granada TV documentary, found its way to an incredulous national audience the same year.

TV examinations are notoriously few and far between, but in his 1999 HTV Documentary ‘Rites and Wrongs’ journalist James Garrett discovered a human skull and two femur cross bones hidden away in a chequered cabinet.

He asked Gloucestershire’s top Mason on camera, “What part do the skull and cross bones play in your ritual?”

Provincial Grand Master Peter Marsh’s voice quavered as he replied “Well, yes there are some skulls and cross bones which are part of the regalia of the lodge and they represent mortality.”

Perfect for emphasizing that threat of death then, Peter?

The Church of England and House of Commons deliberate

In 1987, the General Synod of the Church of England considered the question ‘Freemasonry and Christianity: Are they compatible?’

Failing to come down on one side or the other of the fence they concluded, “The reflections of the working group itself reveal understandable differences of opinion between those who are Freemasons and those who are not.”

So despite a clear instruction from Jesus Christ in Matthew 5:37 “Never swear an oath, simply let your ‘yes’ be ‘yes’ and your ‘no’ be ‘no’, anything else comes from the devil,” they Church of England couldn’t make their minds up.

In 1998 Labour MP, Chris Mullin, chaired the second House of Commons Home Affairs Select Committee Enquiry into Freemasonry in as many years. The report’s penultimate paragraph “requires public servants who are members of a secret society… to disclose their membership.”

The result was non-compliance by many of Britain’s police forces. The Standards Board for England which, for several years required all elected local councilors to declare membership of secret societies was conveniently abolished by the Lib/Con coalition government in 2012 as part of their deregulation policy.

Even if Freemasonry does not control some of the key positions of state in its own self-interest, its involvement in promoting its own to positions of power and privilege is a likely candidate to explain why Britain is increasingly being controlled by individuals who seem entirely unsuited to positions of public trust.

If ‘The Craft’ has not yet become a kind of secret government, as a 1981-84 Italian parliamentary enquiry proved Propaganda Due (P2) Masonic Lodge to be, it is almost certainly why Britain is paralyzed by what’s known in drinking dens across the land as the ‘Tyranny of the Mediocre’.

So as thin old London police and newsroom files on Freemasonry start to fill up with cold hard truths, at the very least it should concentrate the minds of those thinking of using Freemasonry as a convenient cover for crookedness. It is only a matter of time now before their secret number is up.