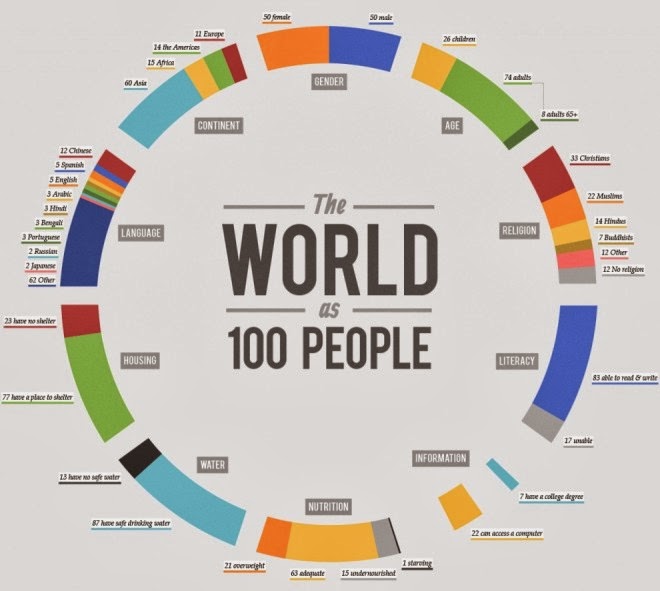 If Only 100 People Lived on Earth…

This milestone inspired us to conduct research to update our statistics, and the changes over the past 5 years are remarkable.

In 2006, only 1 person out of 100 would have had a college education — today that number has jumped to 7 thanks in part to advances in higher education in Asia.

The detailed research and source information can be found here and the statistics provided by Donella Meadows in 1990 that originally inspired our project can be viewed here.

If Only 100 People Lived on Earth…

77 people would have a place to shelter them
from the wind and the rain, but 23 would not

87 would have access to safe drinking water
13 people would have no clean, safe water to drink