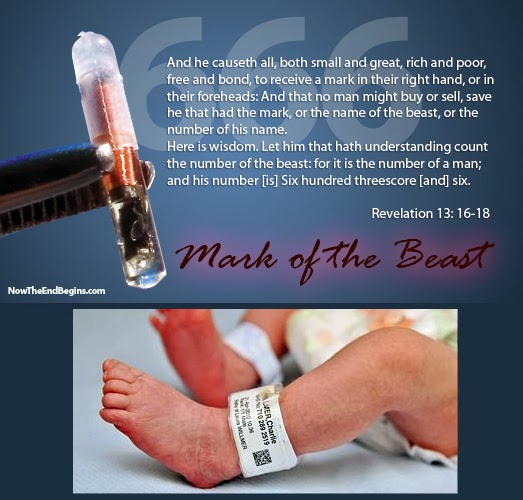 Rumor: “Microchipping” Newborns in U.S. and Europe – Are They Testing Our Reaction?

I cannot vouch for the veracity of this information at this moment. There are people who say that because there are no official documents, it’s probably not true – yet the rumor exists. It may be a test to see just how we react to such an idea, or maybe they are slowly preparing us for what is to come.

Regarding plans to microchip newborns, Dr. Kilde said the U.S. has been moving in this direction “in secrecy.” 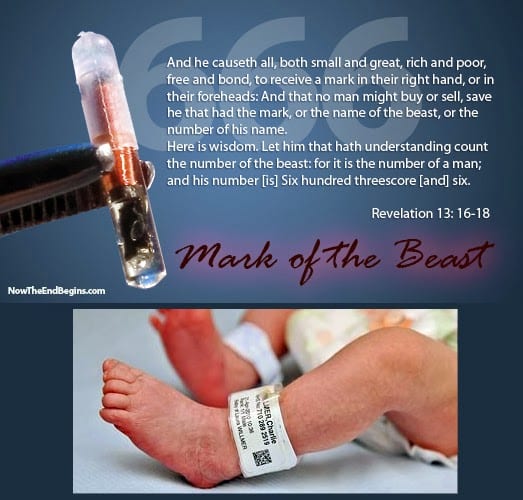 She added that in Sweden, Prime Minister Olof Palme gave permission in 1973 to implant prisoners, and Data Inspection’s ex-Director General Jan Freese revealed that nursing-home patients were implanted in the mid-1980s. The technology is revealed in the 1972:47 Swedish state report, Statens Officiella Utradninger.

Are you prepared to live in a world in which every newborn baby is micro-chipped? And finally are you ready to have your every move tracked, recorded and placed in Big Brother’s data bank? According to the Finnish article, distributed to doctors and medical students, time is running out for changing the direction of military medicine and mind control technology, ensuring the future of human freedom.

“Implanted human beings can be followed anywhere. Their brain functions can be remotely monitored by supercomputers and even altered through the changing of frequencies,” wrote Dr. Kilde. “Guinea pigs in secret experiments have included prisoners, soldiers, mental patients,handicapped children, deaf and blind people, homosexuals, single women, the elderly, school children, and any group of people considered “marginal” by the elite experimenters. The published experiences of prisoners in Utah State Prison, for example, are shocking to the conscience.

“Today’s microchips operate by means of low-frequency radio waves that target them. With the help of satellites, the implanted person can be tracked anywhere on the globe. Such a technique was among a number tested in the Iraq war, according to Dr. Carl Sanders, who invented the intelligence-manned interface (IMI) biotic, which is injected into people. (Earlier during the Vietnam War, soldiers were injected with the Rambo chip, designed to increase adrenaline flow into the bloodstream.) The 20-billion-bit/second supercomputers at the U.S. National Security Agency (NSA) could now “see and hear” what soldiers experience in the battlefield with a remote monitoring system (RMS).

“When a 5-micromillimeter microchip (the diameter of a strand of hair is 50 micromillimeters) is placed into optical nerve of the eye,”, Dr. Kilde indicates “it draws neuro-impulses from the brain that embody the experiences, smells, sights, and voice of the implanted person. Once transferred and stored in a computer, these neuro-impulses can be projected back to the person’s brain via the microchip to be re-experienced. Using a RMS, a land-based computer operator can send electromagnetic messages (encoded as signals) to the nervous system, affecting the target’s performance. With RMS, healthy persons can be induced to see hallucinations and to hear voices in their heads. “

“Every thought, reaction, hearing, and visual observation causes a certain neurological potential, spikes, and patterns in the brain and its electromagnetic fields, which can now be decoded into thoughts, pictures, and voices, ” Dr. Kilde adds. “Electromagnetic stimulation can therefore change a person’s brainwaves and affect muscular activity, causing painful muscular cramps experienced as torture.”

DHS Insider Warns: “Preparations Have Been Finalized to Respond to a Crisis of Unprecedented Magnitude Within the United States” Previous post
Is Chlorella the No.1 Super-food in the World? Next post