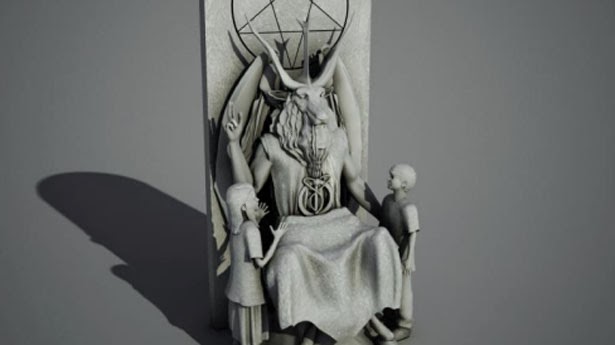 As I have stated before, Satanism is the shadow religion of the most powerful people in the world and you would be amazed to find out just who these people are and what positions they occupy. Though a chilling and disgusting subject, I find myself compelled to address it once again.

The Satanic Temple, a religious group based in New York City, on Monday unveiled their design for a monument they hope to erect at the Oklahoma Statehouse.

The 7-foot-tall monument would include a goat-headed Baphomet figure sitting cross-legged on a stone slab, flanked by two children. 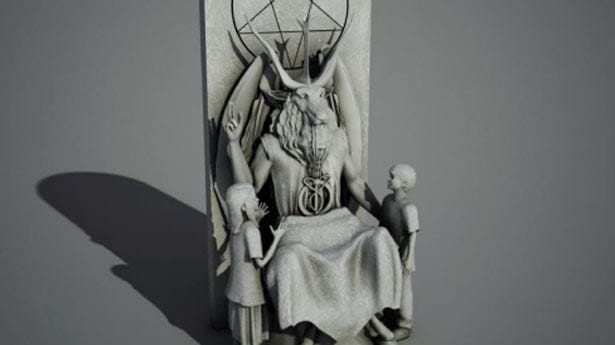 “The monument has been designed to reflect the views of Satanists in Oklahoma City and beyond. The statue will serve as a beacon calling for compassion and empathy among all living creatures. The statue will also have a functional purpose as a chair where people of all ages may sit on the lap of Satan for inspiration and contemplation,” spokesman Lucien Greaves explained. [1]

This is disgusting beyond words, because Satanists use the so called “reverse symbolism” in order to be able to publicly display their sadistic practices. According to numerous researchers, including David Icke, during the secret Satanic rituals of the “elite”, countless children are being raped, tortured and sacrificed each single year, as an offering to Satan.

According to the Raw Story publication, the group offered to donate the monument recently, after State Rep. Mike Ritze and conservative Christians were allowed to erect a Ten Commandments monument on the statehouse grounds.

Ashkenazi Jew, Anton LaVey, was the founder of the “Church of Satan” and the writer of “The Satanic Bible”, in which he describes (among many other sick rituals and practices) the experience of Satanists consuming human flesh. [2]

Satanism is also the secret religion of the Illuminati, an elitist group of filthy-rich people of ancient bloodlines, created by the infamous Rothschild family. [3]