Security Researcher: NSA Has FULL Access to Your iPhone

It’s difficult to comprehend the magnitude of the latest NSA-spying revelations, as the surveillance and screening capabilities continue to be exposed at an alarming rate.

For many it may come as no surprise, but a recent report released by security researcher Jacob Applebaum revealed that the NSA has had complete access to everyone’s iPhones since 2008, and it doesn’t stop there.

During the 30th annual Choas Communication Congress in Hamburg, Germany, Applebaum outlined how the NSA has had the capability to break into the iPhone and oversee all communication and activity on the device. The NSA’s iPhone hack is concealed under the program title “DROPOUTJEEP,” which has been in effect for all hardware made after 2008. 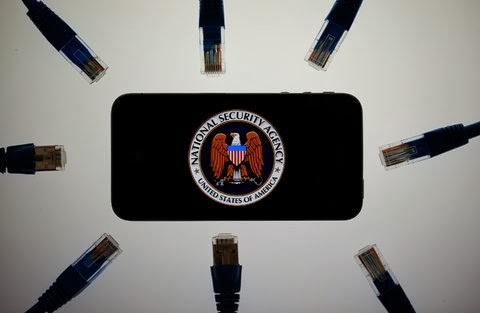 The plot thickens, a report released by the German publication Der Spiegel revealed that the NSA has another secret unit titled TAO (Tailored Access Operations), which aims to intercept and bug mass-hardware and devices such as laptops and servers.

The publication also announced that the NSA has tapped underwater fiber optics cables extending to Europe, Asia, and the Middle East. Although the documents stated the NSA would need physical access to the devices to install the spyware, it was also revealed that remote hacking was in works for the future. This also begs the question of whether or not Apple was involved with the crime.

“SMS, contact list retrieval, voicemail, hot microphone, camera capture, cell tower location. You think Apple helped them with that? I don’t know. I hope Apple will clarify that. Here’s the problem. I don’t really believe that Apple didn’t help them. I can’t really prove it. They literally claim that any time they target an iOS device that it will succeed for implantation.

Either they have a huge collection of exploits that will work against Apple products, meaning that they are hoarding information about critical systems that American companies produce and sabotaging them, or Apple sabotaged it themselves.  Not sure which one it is. I’d like to believe that since Apple didn’t join the PRISM program until after Steve Jobs died, that maybe it’s just that they write shitty software. We know that’s true.” – Applebaum at the 30th Choas Communication Congres


Forbes was even outraged enough by the invasion of privacy that they released an article outlining the iPhone hack. Naturally, it didn’t take long until Apple released an official statement regarding the news:

“Apple has never worked with the NSA to create a backdoor in any of our products, including [the] iPhone. Additionally, we have been unaware of this alleged NSA program targeting our products. We care deeply about our customers’ privacy and security. Our team is continuously working to make our products even more secure, and we make it easy for customers to keep their software up to date with the latest advancements.

Whenever we hear about attempts to undermine Apple’s industry-leading security, we thoroughly investigate and take appropriate steps to protect our customers.  We will continue to use our resources to stay ahead of malicious hackers and defend our customers from security attacks, regardless of who’s behind them.” – Official statement from Apple.

As mentioned before, this is probably not going to be surprising for most, as it has become commonly accepted that the government cannot be trusted and has always been spying on us. However, let’s make this situation real for people right now. The government is spying on us through our phones, they have access to all of our information, including our cameras.

They can hack these cameras at any moment, breaching the most rudimentary privacy we all possess; we are dealing with a massive crime here. We need to respond to this so that we are not passively letting the Orwellian nightmare that George Orwell prophesied about come into play. Is this basically already happening?

We are desensitized and distracted. People have seen and heard it all before, so news like this becomes the everyday drama that people dismiss because they are busy and more interested in catching the next episode of “Keeping Up With The Kardashians.”

The question is, what will it take for the majority to “wake up” and understand what they are being subjected to? The prevalence of this issue must not become neutralized by the bombardment of the pseudo-reality that is the controlled mass media. If this news doesn’t phase people, then I’m not sure anything will.