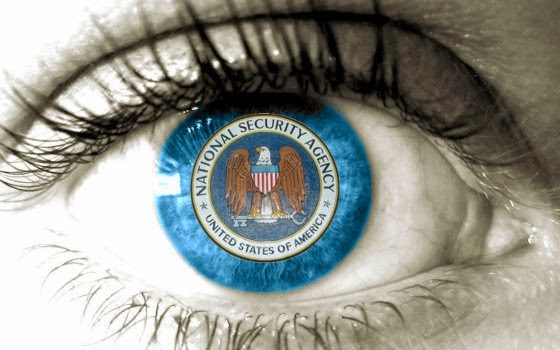 Going offline or off the grid is not easy for everyone. Modern society has come to repudiate the very elements that make civilization possible. Living in cyber space is existence on life support at best. Until now, people had idiosyncratic relations, with intimate experiences and personal memories.

Thoughts were internal and private conduct was confidential. Under a hi-tech environment, the system moves closer to an all knowing eye. But what happens, when the public becomes enlightened to the bondage of the tech prison, thanks to all the whistleblowers?

The irony befits the hypocrite techie class of privacy violators. Lamenting that their fiefdom of intrusive surveillance and data mining might be compromised, the high priests of SPY, Inc. are flustered. 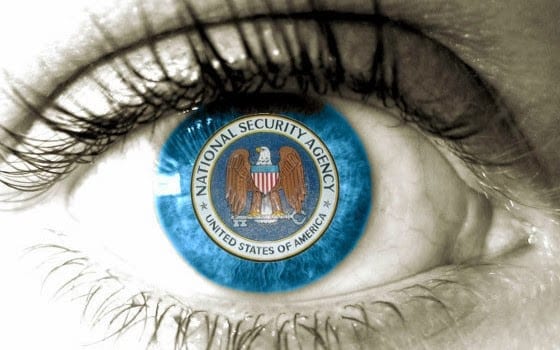 “You have zero privacy anyways. Get over it” –  Scott McNealy

With the disclosure of a synergistic relationship of an intertwined nature, the high-tech prophets lay exposed. NSA Spying Risks $35 Billion in U.S. Technology Sales has the flagship government front companies in full damage control.

“News about U.S. surveillance disclosed by former NSA contractor Edward Snowden has “the great potential for doing serious damage to the competitiveness” of U.S. companies such as Cupertino, California-based Apple, Facebook Inc., and Microsoft Corp., Richard Salgado, Google’s director for law enforcement and information security, told a U.S. Senate panel Nov. 13. “The trust that’s threatened is essential to these businesses.”

With the announcement that Facebook faces lawsuit for allegedly scanning private messages, the diminutive privacy on this social network just got smaller. “Facebook was one of the Web Services that was caught scanning URLs despite such activity remaining undisclosed to the user,” according to the complaint.

Can your personal persona remain your own business? What exactly can be attempted to protect your identity and privacy?

Woodrow Hartzog and Evan Selinger propose in Obscurity: A Better Way to Think About Your Data Than ‘Privacy’, adding layers of complexity guards against most of the ordinary risks of scrutinized personal data.

However, this argument is trite since the cyber world of digital transmission uses the technological routing and coding systems, engineered as part of the total government retrieval society.

“Obscurity is the idea that when information is hard to obtain or understand, it is, to some degree, safe. Safety, here, doesn’t mean inaccessible. Competent and determined data hunters armed with the right tools can always find a way to get it. Less committed folks, however, experience great effort as a deterrent.

Online, obscurity is created through a combination of factors. Being invisible to search engines increases obscurity. So does using privacy settings and pseudonyms. Disclosing information in coded ways that only a limited audience will grasp enhances obscurity, too.

Since few online disclosures are truly confidential or highly publicized, the lion’s share of communication on the social web falls along the expansive continuum of obscurity: a range that runs from completely hidden to totally obvious.”

Privacy is a hindrance to corporate marketing, while secrecy is a threat to the national security establishment that observes the basic rule of all technology. Use the optimum scientific hi-tech enhancement to maintain and further the interests of the ruling elites. Any technological development is viewed as a useful advancement if it works to expand control over the economy or social structure.

Supporting this conclusion is an article from the master of facture awareness. Michael Snyder provides an impactful list of 32 Privacy Destroying Technologies That Are Systematically Transforming America Into A Giant Prison.

“Many people speak of this as being the “Information Age”, but most Americans don’t really stop and think about what that really means. Most of the information that is considered to be so “valuable” is actually about all of us.

If you need more convincing, examine the 10 Privacy-Destroying Technologies That Are Turning America Into A Police State, by Daniel Jennings. How many of these devices or practices are monitoring your every move and thought?

Popular consensus would have you believe that this infringement into your most personal behavior is inevitable and it is futile to resist. From an institutional perspective that viewpoint seems correct.

Nonetheless, the preservation of your human dignity demands a vigorous reassessment of the numerous ways you have the ability to influence, if not, protect against this tech assault.

Before assuming that tech is great, reflect upon the culture of expected progress. Proponents of applied science automatically assume that advancement comes from such evolution.

Conversely, the actual function of various innovations often brings the loss of personal solitude. Tech is not neutral. By definition new or different technology changes the landscape.

What does not change is human nature. Supercharging the velocity and speed of functions and the distribution of information, without guarding the integrity of personal consent is intrinsically immoral.

While that statement may seem obsolete as the NSA constructs the largest digital computer memory center in the history of the world in Utah with the capability of storing 5 zettabytes of data, the principle of inherent autonomy still remains.

Amitai Etzioni presents an academic postulation, attempting to answer the question, Are New Technologies the Enemy of Privacy?

“Privacy is one good among other goods and should be weighed as such. The relationship between technology and privacy is best viewed as an arms race between advancements that diminish privacy and those that better protect it, rather than the semi-Luddite view which sees technology as one-sided development enabling those who seek to invade privacy to overrun those who seek to protect it.

The merits or defects of particular technologies are not inherent to the technologies, but rather, depend on how they are used and above all, on how closely their use is monitored and accounted for by the parties involved.

The problem with this arms race is that it is waged among equally corrupt globalist factions. When Mr. Etzioni asserts “How they are used” he interjects the moral imperative. The record of Microsoft, Google, Facebook, Apple and Amazon, etc. respect and protection of personal confidentially is not exactly reassuring.

Their government parent partner agencies in data mining use the telecommunication corporations like Verizon, AT&T and ISP providers as giant sucking machines that feed the secretive intelligence community.

Understanding the drill is simple, secrecy resides within the ruling class, while all personal privacy is relegated to the museum of family archives. Just how can such a relationship be monitored by some kind of nebulous civil board to ensure non consensual privacy?

With the overwhelming wherewithal, increasing technological capacities allow, even greater levels of abuse and evil applications. If no other lesson is internalized from the Edward Snowden disclosures, society better admit that trust in the secure use of communication technology is near zero.

When privacy is surrendered so willingly, especially with no consequences for the offending government agencies or complicit corporatist associates, the future of civilized life comes into question. Yet, people are so easily induced to acclimate into using the next wizard device.

Life is a beach no longer. Now Disney Can Track Your Every Move with NSA-Style Wristbands, is using the “Magic Bands” — which are currently optional — are part of a new MyMagic+ “vacation management system” that can track guests as they move throughout the park.

Efficient? Perhaps. But post-Snowden, some worry that Magic Bands are nothing more than NSA-esque tracking devices.

Oh, that voluntary choice lasts only as long as it is offered. This culture of “personal space” invasion is meant to indoctrinate the friendly likes into a sleeping death from poison apples. Being buried alive, in a snow job of tech that promises you will be the fairest in the land, will not make you a queen.

That prince charming kiss only comes with resisting any snooping gear that diminishes the innate right for privacy. Taking protective measure against technological enslavement is the real national security mandate.

The enemy is not some fairy tale monster; just look no further than to your own government. You have the right to your secrets. Dump the smart devices and go as low-tech as possible.

The Teflon Deception: It Releases Toxic Fumes When Heated Previous post
Ford VP: "We Know What You’re Doing in Your Car" Next post