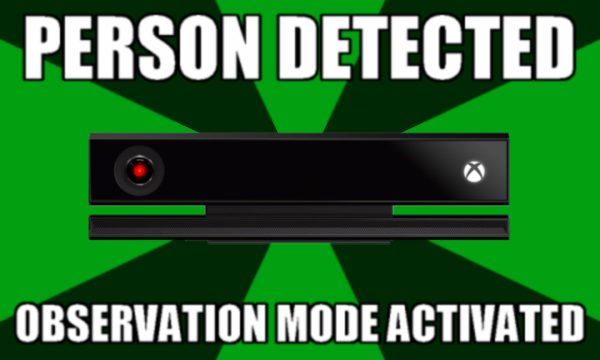 I remember when video games were about getting Mario to save the princess and, when you were done, the console would leave you the heck alone.

The new Xbox one apparently wants to put an end to those days by turning the beloved game console into a 24/7 surveillance device.

The Xbox One will bundle the Kinect – a device that captures motion and sound – with every console and its camera and mic will be always on by default. 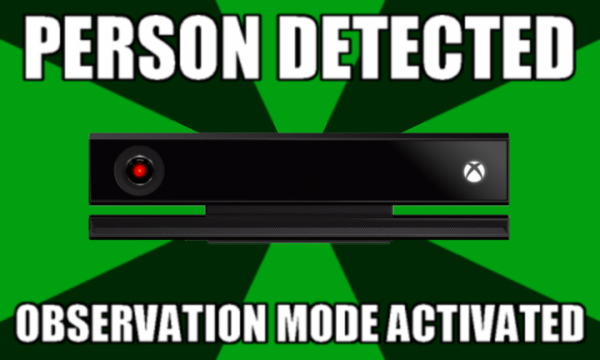 In fact, Xbox One will actually refuse to work if the Kinect is not connected to it. So the camera and mic will work even when the console is turned off. And the camera will even work in the dark. Yup. It will also be able to read your facial expressions and count the people in the room with you (there are also talks of charging Pay-Per-View movies PER PERSON in the room).

Furthermore, all of this data captured by the device could easily be transmitted to God knows where as the console will require an internet connection to even function. This capability is rationalized because Microsoft wants to give users the ability of turning on the console by saying “Xbox On”. So, for this reason, the console needs to be listening to EVERY SINGLE word you’re saying around it in case you say “Xbox On”.

The unveiling of these capabilities no one asked for has lifted some eyebrows around the world.

Tim Vines, director at Civil Liberties Australia, told GamesFIX that Microsoft has a lot to answer for with a product that has the ability to listen and watch everything a person does.

“People should have the ability to turn off the camera or microphone, even if it limits the functionality of the machine,” he said. Vines believes privacy is “all about control”.

“Of course, if Microsoft doesn’t allow that (control), then people should vote with their wallets and skip the next Xbox.”

Vines says Microsoft should be upfront about what it does with data collected by Xbox One.

“Microsoft’s new Xbox meets the definition of a surveillance device under some Australian laws, so they need to be upfront and tell customers whether anyone else can intercept their information or remotely access their device,” Vines said. – Games Fix, Privacy breach: Xbox One a ‘twisted nightmare’

According to Berlin’s federal data protection commissioner, Peter Schaar, the Xbox One is nothing more than a monitoring device under the guise of a gaming console.

“The Xbox One continuously records all sorts of personal information about me. My reaction rates, my learning or emotional states. These are then processed on an external server, and possibly even passed on to third parties. The fact that Microsoft could potentially spy on my living room is merely a twisted nightmare.”

Even if the Xbox One provides the option of turning off the camera and mic of the console, History shows that these options could easily be overridden remotely by any organization or creep with some technological capability.

All of this ties in perfectly with my article entitled CIA Director: Web-Connected Devices in Your Home Make it Easy to Spy on You that quotes a CIA director openly stating that web connected devices are used to spy on citizens.