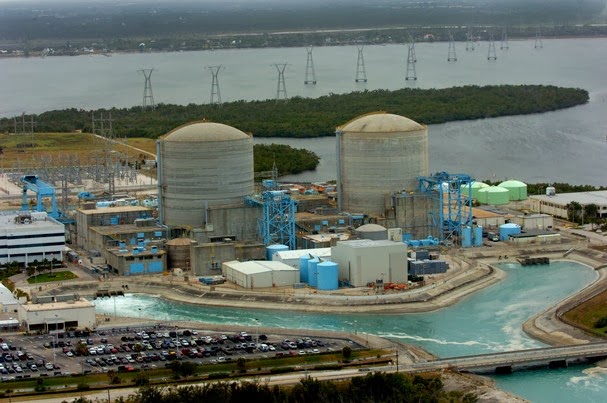 Florida Nuclear Plant in Danger – Expert Says: “They Must be Terrified” as the “Magnitude is off the Charts”

Yet another Florida nuclear plant may be in trouble. […] More than 3,700 tubes that help cool a nuclear reactor at Florida Power & Light’s St. Lucie facility exhibit wear. Most other similar plants have between zero and a few hundred. Worst case: A tube bursts and spews radioactive fluid. That’s what happened at the San Onofre plant in California two years ago. The plant shut down forever because it would have cost too much to fix. […] FPL is so confident in St. Lucie’s condition that it boosted the plant’s power. The utility acknowledged that will aggravate wear on the tubes, located inside steam generators. […]

FPL insisted St. Lucie should not be linked to San Onofre from either a safety or financial standpoint.[…] During hearings, [officials at San Onofre] repeatedly pointed to St. Lucie as having the same problem […] 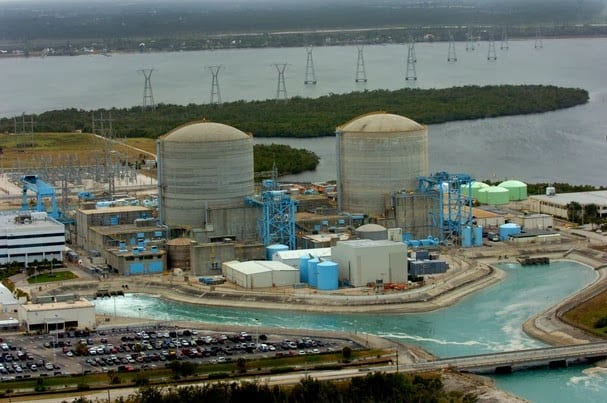 Michael Waldron, FPL spokesman: “From an engineering perspective […] you can neither make a comparison [between the San Onofre and St. Lucie plants], nor can you assume an outcome because the two systems are so different.”

Southern California Edison, owner of now-closed San Onofre nuclear plant between San Diego and Los Angeles: “[St. Lucie is] the next closest plant with a high number of wear indications. […] Although a different (steam generator) design, the (antivibration bars) serve the same design function […] So St. Lucie was used to determine similarities and potential actions.”

Arnie Gundersen, nuclear engineer: “I think the comparison [with San Onofre] is dead on […] All of the failure modes except for (tubes hitting each other) are identical.

When the same problem popped at the two San Onofre plants, it suddenly became a cluster. […] St. Lucie is the outlier of all the active plants […] the magnitude of what is going on at St. Lucie is off the charts. These guys are a hundred times worse than the industry average.”

“The damn thing is grinding down […] They must be terrified internally. They’ve got steam generators that are now just falling apart.

[The tubes] need to be very strong to prevent a meltdown […] Steam generators are really critical to safety. It’s not a feature you want to play with.”

How to Protect Your Electronics From an EMP Attack Previous post
Is War With Iran Imminent? Next post