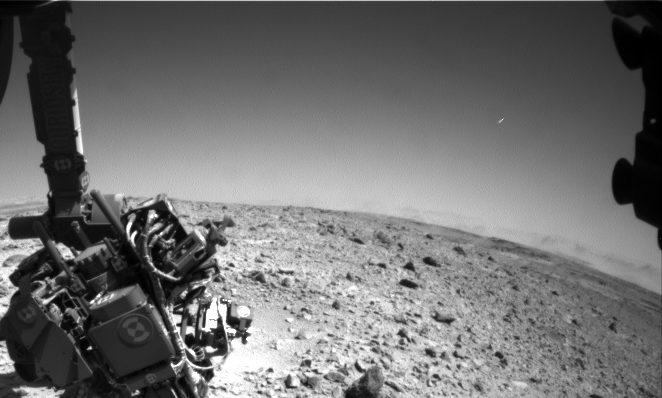 The video was posted by prolific UFO hunter Streetcap1 on YouTube and shows an imaged that is stored on NASA’s servers.

The picture was taken by NASA’s Curiosity Rover and one can clearly see an unidentified flying object (UFO) in the skies of Mars.

The UFO is shaped like a spherical top cone and it even has a tail. 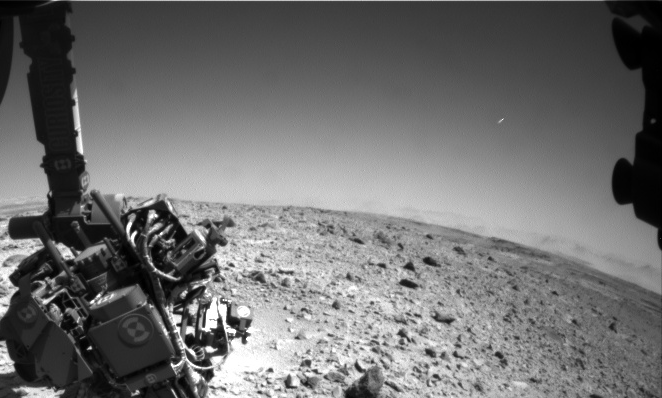 “Enlargement of the object reveals a spherical top cone, a rounded center mass and what looks like some kind of propellant ejecting from its tail,” the Bublews site claims.
“Does Mars have its own space programme?”

According to the ufosightingsdaily site, “Another UFO was caught in a Mars rover photo. If you look at it closely, you see that it has a trail behind it and it looks to be moving to the upper right side of the photo.”

This is not the first mysterious object seen in the Martian sky, but NASA offered the same explanation for all: meteors.

In the following video you can clearly see a couple of disc-shaped UFOs on Mars:

“I’m sure they will have a meteor excuse but the trail says otherwise.”

Of course, what elese could they say? After all, there are no weather baloons on Mars.

Nature's "Flu Shot" Previous post
Space Aliens May Live Among Us, According to Some Scientists and Officials Next post