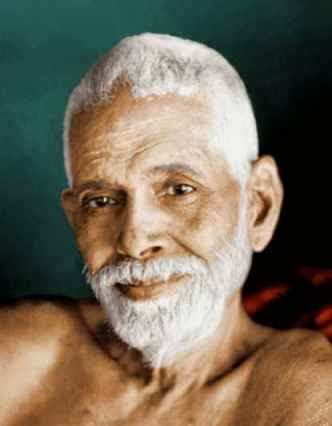 Old Souls and the Completion of the Incarnation Cycle

Those undergoing the fifth and final stage of reincarnation are known as old souls.

In this stage of soul evolvement there is a search for balance and completion, and an urge to pass on the torch before the end of reincarnation.

Having completed the fourth stage of reincarnation, the soul has come a long way. 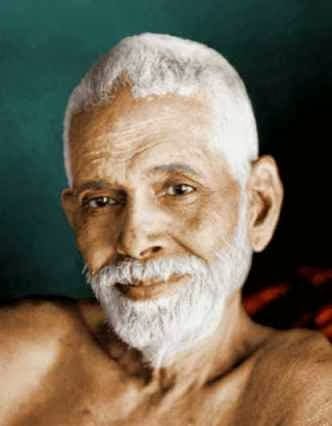 – In the first stage, as an infant soul, it learned about physical existence, life and death, and the need for nurturing.

– In the second stage, as a baby soul, it learned about society, culture and community, the need for structure, belonging, and playing a role.

– In the third stage, as a young soul, it learned about free will and self-determination, taking charge of its own destiny, rising to the challenge.

– In the fourth stage, as a mature soul, it learned about co-existence and interrelatedness, taking responsibility for its relationships, honouring difference and otherness.

At last, the soul is ready for the final leg of the journey: the return to unity and the end of reincarnation.

This return to unity does not involve any loss of individuality, as some imagine. The end of reincarnation — “ascension” or “enlightenment” or what have you — does not mean fading out of existence, dissolving into nothingness. Rather, the soul completes its adventure as a unique individual, like a distinctive star in the night sky, a completely realised Self.

So to begin this stage, the soul will tend to focus on true self-expression and self-actualization, seeking experiences which provide personal fulfilment within life on the physical plane. This could be found in, say, acting, painting, wine-growing, gardening, flying old aeroplanes, or simply being a grandparent. The soul is not interested in success or fame so much as doing something it loves well, and finding inner satisfaction.

Then, towards the end of the stage, there is more of an emphasis on teaching rather than simply learning: passing on the lessons learnt, showing others the way.

For some, especially Old Priest souls, the teaching focus is explicitly spiritual. Many of the world’s great spiritual teachers are old souls.

That’s not to say that every self-proclaimed guru is an old soul. Far from it. There are spiritual teachers at all stages of reincarnation. But the advanced old soul has certain characteristics as a spiritual teacher that stand out from the rest: far-reaching wisdom, great compassion, and little or no attachment to material things.

The main lesson for old souls is to do with unity in diversity. The old soul already has a well-developed sense of personal identity (from the young soul phase) and interdependence (from the mature soul phase). Now the soul also feels drawn to reconnect with the greater order of things, the underlying cosmic unity.

This does not mean overthrowing the lessons of the previous stages in favour of some nice, fluffy notion of oneness. Rather, it means coming to terms with all of life’s dualities (self and other, love and hate, joy and pain, etc.) as integral to the whole.

In other words, the old soul comes to perceive every thing, every being, every moment, as part of one great tapestry.

The issue now is how to relate to this united reality through one’s own being — how to be at peace with all of the conflicts, how to experience the harmony within all of the diversity.

This involves recognising the validity of each being’s chosen path in life within the broader scheme of things. We are all part of the One, and yet we are many, each pursuing a different path. And no path is wrong. Hence the old soul motto: “You do your thing and I’ll do mine.”

Old souls become more relaxed, laid back and detached in life. Human existence is familiar and manageable, and there are not so many problems or issues to deal with. The main issues, in fact, are existential rather than material or psychological.

Doing their own thing, old souls end up pursuing nothing but their own path whilst allowing others to pursue theirs, just perfecting their own abilities, being themselves in life to the best that they can. Many do so through artistic, humanitarian or philosophical endeavours, though for many their greatest form of self-fulfillment can be something as “mundane” as gardening. Work, rest and play all become the same thing.

A potential difficulty for old souls is lapsing into apathy, no longer caring about life and the world. As the physical plane begins to lose its allure, the incarnate soul can show signs of being world-weary, even from birth.

In fact, depression is the one form of mental illness to which old souls are vulnerable. (Which is not to say that everyone with depression is an old soul, necessarily. It’s just that an old soul who is beginning to see the bigger picture might sometimes feel that ordinary life is a pointless ordeal.)

In the end, joy is found in simply being as opposed to doing.

How can you spot an old soul?

Old souls have a level of self-assurance that is unusual for souls in other stages (with the exception of King souls, who don’t really do self-doubt at any stage). They are generally relaxed and comfortable in their own skins. That’s not to say that they have no issues; many clearly do. But their issues do not dominate them in the way that is often the case with mature souls.

Old souls tend to emanate a calm, steady quality that has substance, depth or gravitas. In comparison, young souls can appear frantic and superficial while mature souls seem perpetually stressed and assailed by life. You can often hear it in the voice — young souls tend to talk loud and fast, mature souls have a sort of soft tone laced with uncertainty, while old souls tend to have a slow, deep voice – relaxed, assured and unhurried.

This inner calm and depth is also evident in the old soul’s eyes. Whereas young souls cannot make eye contact for long, and mature souls will do so occasionally, when they’re not too stressed or distracted, old souls tend to make direct eye contact with an unflinching gaze. (Note: This is not the same as the cold stare of a psychopath!) They are unafraid to look another in the eyes and see into their heart.

Compared to other souls, old souls are generally more relaxed and philosophical about life, at ease with themselves and others, and have fewer material attachments. They tend to be drawn to the quiet life away from the noise of the city. The old soul is more a citizen of the world than wedded to one place. Old Kings in particular will tend to spend their last lives as homeless, wandering teachers.

The Completion of the Reincarnation Cycle

There are seven levels to every stage of soul evolution, including this one. So after completing the 7th level of the mature soul stage, the soul begins its next life as a 1st-level old soul. The soul then undergoes the whole sequence of development as an old soul, one life at a time, until finally it reaches 7th level. This is the final step, step 35, in the 35 steps of reincarnation.

Now, I occasionally meet people who are convinced that they must now be in their final incarnation simply because they are so “spiritual” and have no liking for the material world. This is not how it works.

The goal of evolution is not to escape from the wretched physical plane, despite what many teach. The end of reincarnation is not some sort of reward for good behaviour. Human existence is not a prison, or a wheel of torment, from which only the most worthy gain liberation.

We incarnate because we want to and we choose to. We keep doing it precisely because we want to come to terms with it. We know that in each life we will probably spend several decades not remembering who we are, not remembering our eternal Home, buying into the illusion of separation, experiencing fear. This is the very stuff which inspires us to become more conscious.

Completion occurs when it matters not whether you are incarnate or discarnate: you see through the illusion and you always feel at Home.

If you have issues with being physical, then you still have a way to go.

So the last lifetime is one in which you are very content to be in physical form, using it as an opportunity to teach and enlighten others.

Ramana Maharshi is an example of someone in their last life, reaching the end of reincarnation. Towards the end of his life, some of his students begged him not to die, not to leave them. His answer was:

“But where could I possibly go?”

He knew that both he and everybody else are already Home, and always will be, having never really left it.