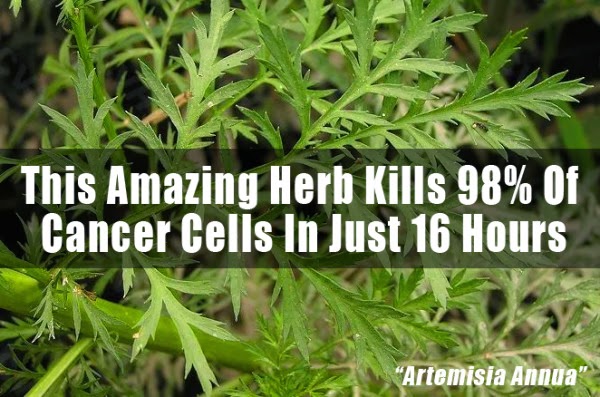 Taking in consideration it is one of the deadliest diseases, scientists constantly try to find a cure and finally put and end to cancer.

This herb is one of those cures and it can kill up to 98% of cancer cells in just 16 hours.

Namely, according to the researches published in “Life Science”, artemisinin, a “Sweet wormwood” or “Artemisia Annua” derivative, was used in Chinese medicine and it can kill 98% of lung cancer cells in less than 16 hours.

The herb used by itself reduces lung cancer cells up to 28%, but in combination with iron, “Artemisia Annua” successfully and completely “erases” cancer, and in the experiment this herb had no impact on healthy lung cells. 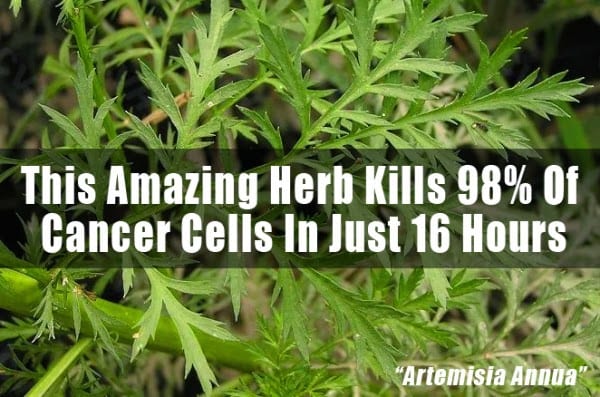 Artemisinin in past was used as a powerful antimalarial remedy, but now it is proven that this cure is also effective in the fight against cancer.

“In general, our results show that artemisinin stops ‘E2F1′ transcription factor and intervenes in destruction of lung cancer cells, meaning it presents a transcription way according to which artemisinin controls reproductive cancer cell growth”, was stated in the conclusion of the researches conducted in the cancer laboratory at the University of California.

Iron deposits in cancer cells with special receptors which help in cell division. Normal cells also have these receptors, but cancer cells have them in larger amounts and according to this, cancer cells can be target combination of iron and artemisinin. 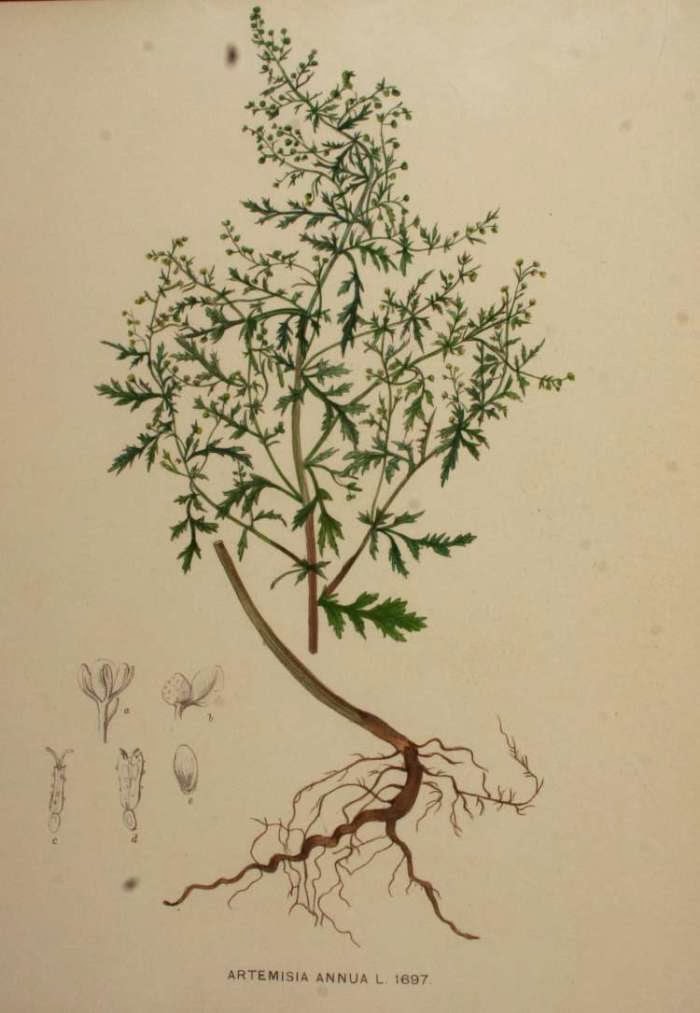 There are numerous experiments conducted so far and they all prove that in combination with iron, artemisinin can effectively destroy cancer, and this extract was used in China for thousands of years, as a cure for malaria.

Malaria parasite can not survive in the presence of artemisinine, because it is rich in iron, and bio-engineers Henry Lai and Narendra Singh from the University of Washington were the first scientists to discover this.


Their research proved that cancer cells undergo an apoptosis, or self-destruction, and until this moment it was difficult to get the extract for more acceptable prices, but people show more and more interest in this herb, so the prices could get lower.

French medicine producer, “Sanofi”, announced that they expect production of 50 to 60 tones artemisinin every year, hoping that it will satisfy the needs of the world market.