Stonehenge-like Circles Are Yet Another Planetary Mystery: Thousands Throughout the World

Among the megalithic structures of the ancient world, from huge pyramid complexes that boggle the mind, to rock walls consisting of precisely carved and placed stones of almost unimaginable size, to mysterious and beautiful stone circles, our history is rich with examples of ancient artistry and ingenuity.

Much speculation exists surrounding quarry and construction methods, and the ultimate purpose of these types of sites around the world is largely shrouded in mystery.

Locations like Teotihuacan in Mexico, or Petra, the stone city of Jordan have been studied for centuries by both the professional and the amateur. Entire volumes have been written providing exacting descriptions and academically based analysis. But some places, like Stonehenge in Wiltshire, England, seem to defy clear explanation.

Stonehenge doesn’t stand on its own, however. In Britain alone there are approximately 1400 Neolithic stone circles, globally that number may be as high as 5000. So much attention has been given to Stonehenge that many people are surprised to find that henges are so common in both Europe and Asia, and that even North American Indian tribes were known to construct standing stone circles.

Some of the more spectacular examples are:

Characterised by archaeologist John Waterhouse as “one of the most visually impressive prehistoric monuments in Britain.” Located near Keswick in Cumbria, North West England, Castlerigg is known as the most visited stone circle site in Cumbria, of which there are several. Antiquarian studies suggest that it was built in approximately 3200 BC (late Neolithic), making Castlerigg one of the oldest known stone circles in Europe, which in turn makes it a very important archaeological site. 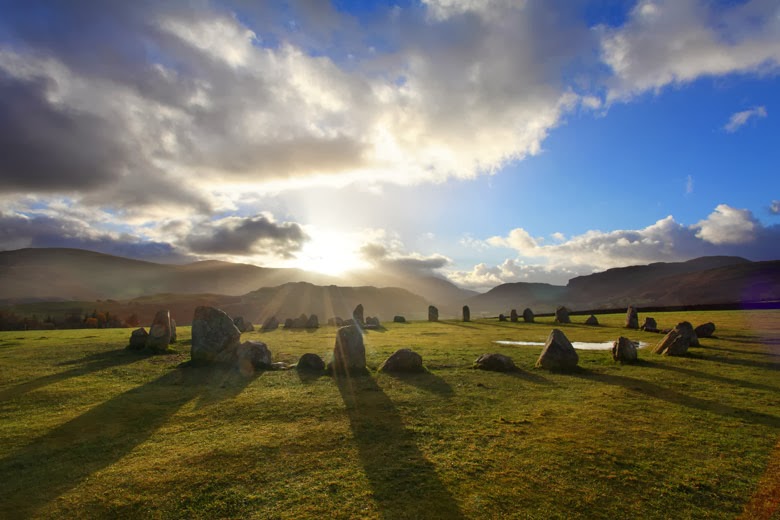 Interestingly, Castlerigg is believed to have been an important part of the Neolithic Langdale axe industry and may have been used as a sort of marketplace for the trading of axes and other such wares. [1]  Today, much like Stonehenge, Castlerigg is used by pagan groups in solstice celebrations due to its celestial alignments.

Actually three distinct Bronze Age Neolithic monuments, the Rollrite Stones consist of The King’s Men, The King Stone and The Whispering Knights. The three sites are located near the village of Long Compton on the border of Oxfordshire and Warwickshire in the English Midlands. 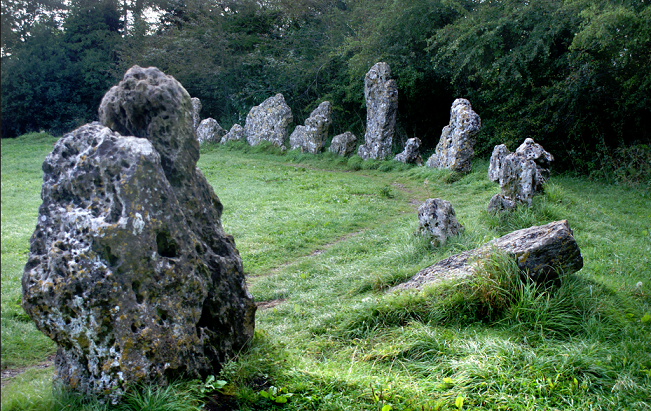 The Whispering Knights, a dolmen (a single chamber megalithic tomb), was the first to be built in approximately the 2nd millennium BCE, with The King’s Men following somewhere between the 2nd and 4th millennium BCE. The King’s Men is a stone circle believed to have trade based origins, much like Castlerigg, acting as a meeting place or market.

The King Stone, located just north of The King’s Men, is a single standing stone of unknown date. It is believed to have been a marker for or a component of a Long Barrow or other burial site, but there is some speculation as to its alignment to the stone circle. The Rollritte Stones, especially The King’s Men, are an important site for neo-pagan magico-religious rituals.

3. The Ring of Brodgar (Also Brogar or Ring o’ Brodgar)

The third largest stone circle in the British Isles and the youngest monument on the Ness o’ Brodgar, The Ring of Brodgar is believed to have been built between 2500 BCE and 2000 BCE. It has typically defied traditional dating techniques, and as the centre of the circle has never been excavated, little is known about its true age and purpose. The Ring sits in the West Mainland parish of Stenness, on Orkney Isle in Scotland. 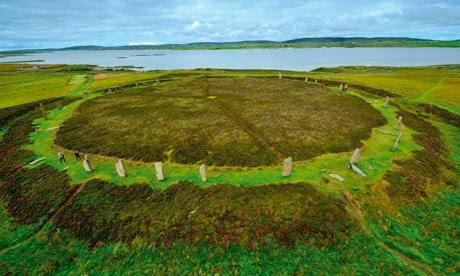 Among several other Neolithic sites in Orkney, The Ring of Brodgar enjoys protection as a World Heritage Site under the Heart of Neolithic Orkney. The site’s caretakers from Historic Scotland describe the site as “…the finest known truly circular late Neolithic or early Bronze Age stone ring and a later expression of the spirit which gave rise to Maeshowe.” [2]

Actually a collection of four large groups of stone circles, the Senegambian Stone Circles consist of over 1000 individual circles spread out over an area of approximately 15,000 square miles in and around Gambia, Senegal.

Unlike some stone circle monuments in Western Europe, the Senegambian Stone circles, which were built around the eighth century, almost unanimously mark ritualistic burial sites. The circles were built by the ancestors of the Serer people of Senegal and have some connection to the steles of Roog, the supreme deity of the Serer religion. 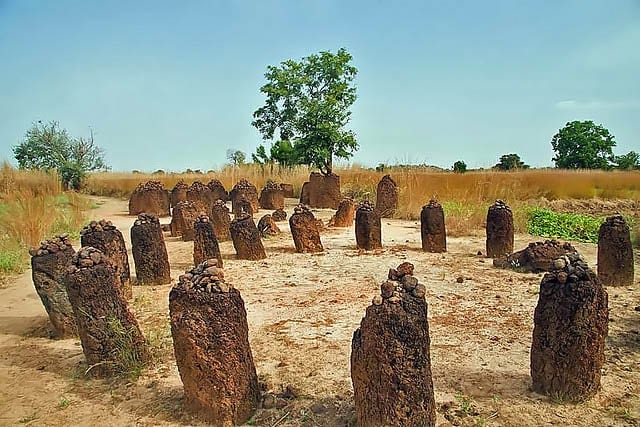 Also appearing on the World Heritage List, UNESCO describes the collection as “…a vast sacred landscape created over more than 1,500 years. It reflects a prosperous, highly organized and lasting society.” [3]

Interestingly, people of the area are known to leave small stones on top of the standing stones as a part of some unknown tradition.

Stone circles are a prevalent aspect of ancient human culture, and while they still largely represent a historical mystery, it is clear that nearly every ancient culture on earth has constructed megalithic monuments of some kind or another throughout their development.

The purpose of each site is often unique to its location, whether Britain, or France, or China, or the western plains of Canada and the US. But the construction of such monuments always represented an advancement in the evolution of local culture.

As with most ancient megalithic constructions, certain groups, such as the Ancient Alien Theorists, claim that our understanding of these sites is limited by the narrow view of the establishment that is science. And while many neo-pagan sects today lay claim to many of these sites as spiritually significant in their practises, the available evidence strongly points to much more pedestrian and mundane origins for these stone circles and other monuments.

Whether these connections to a spiritualist origin are justified or not, the by-product of their continued use for spiritual purposes and the typical reverence afforded the sites in turn serves, with some exceptions, to aid official efforts to preserve them for future generations.