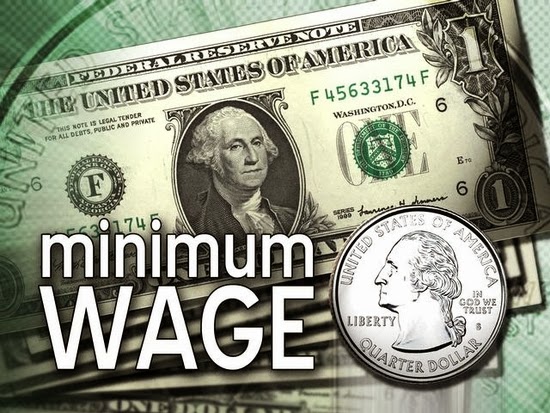 Welcome to low-wage America. Lousy jobs, rotten pay, eroding benefits, and poor working conditions reflect things for growing millions. Most workers live from paycheck to paycheck. They have few or no savings, they’re trapped in financial insecurity and they struggle to survive out of sight and mind.

They do so to cover bare essentials. They’re hard-pressed to do it. They’re more than ever debt entrapped. They’re increasingly on their own. They’re one missed payday from possible destitution, homelessness, hunger and despair. 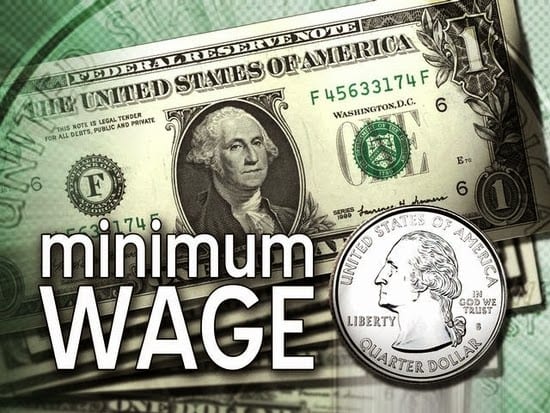 It’s 10 million more than when Obama took office. His job creation boasting is phony. He’s a jobs destroyer, not creator. His job creation scheme is cutting corporate taxes. Doing so doesn’t create jobs. It improves bottom line performance. It benefits shareholders. It does nothing to help workers or job seekers.

Benefits steadily eroded, good jobs disappeared and class struggle between haves and have-nots persists. Never have so few benefitted at the expense of so many. Privileged Americans never had things so good.

Government of, by and for everyone equitably doesn’t exist. Monied interests alone thrive. Neoliberal harshness harms most others. Bipartisan complicity force-feeds it.

It’s institutionalized when vital aid is needed. Doing so wages financial war on millions. It’s official policy. Most people struggle to get by.

Welcome to today’s America. It’s no fit place to live in. Progressive governance demands waging war on concentrated wealth and power. Doing so would institute social justice. It would be official policy. Peace would be prioritized. Imperial wars would be end. So would foreign occupations.

Defense spending would be hugely slashed. Minimally to half its current size. Ideally much more. America’s empire of bases would close. Force levels would be cut to a small fraction of current size.

Progressive taxation would replace today’s policy. No more free lunches. Corporate America would be forced to pay its fair share. So would rich elites. Washington would support organized labor’s right to bargain with management on equal terms.

Doing business in America would require obeying fair practice policies. Exploitive companies would be shut out. Anti-trust laws with teeth would be instituted. Monopoly and oligopoly power would be abolished.

Universal/single-payer healthcare would be instituted. Everyone covered. No one left out. Predatory insurers would be excluded. Except as a voluntary option. Money power would return to public hands where it belongs. Wall Street crooks would be prosecuted. So would other lawless corporate predators.

At one-half of one percent, hundreds of billions annually would be raised. A one-tenth of one percent tax on daily derivatives trading would raise over half a trillion dollars annually. Imagine the benefits this kind of revenue could produce. Imagine social justice like no country ever before experienced. Imagine ending a broken system.

Not according to New York Times editors. On February 8, they headlined “The Case for a Higher Minimum Wage,” saying:

“(E)vidence show(s) that increasing the minimum wage is vital to the economic security of tens of millions of Americans, and would be good for the weak economy.

“An hourly minimum of $10.10, for example…would reduce the number of people living in poverty by 4.6 million…”

Obama’s $10.10 minimum wage scheme applies only to federal contractors. What about all public employees.

What about explaining what $10.10 an hour means?

It’s woefully below reality. It’s based on a decades old guideline. Households need at least double that amount to avoid poverty.

They don’t need minimum wage protection. They need guaranteed living wages. Enough to cover all essential expenses. Enough to live like most working Americans did decades ago.

Obama’s scheme is smoke and mirrors mumbo jumbo. “Give America a raise,” he said. His rhetoric rings hollow.

Times editors are right saying minimum wage debates are more political than economic. They’re wrong supporting higher minimum pay at the expense of what people need to live on.

They’re right saying it’s no “cure-all.” It’s “not bold or innovative.” It doesn’t matter, they suggest. “(I)t deserves to pass,” they say.

Americans deserve much better. What about restoring the dream of millions. What about instituting policies discussed above.

Doing so requires “a reasonable distribution of income, the accountability of government, (and making) corporations and banksters (conform) to the rule of law…”

Reinvigorating demand requires ending “the existing order that serves the one percent…The ladders of upward mobility must be restored.”

“By purchasing compliance, Washington can continue to masquerade as…indispensable, ‘a light unto the world,’ ” a benevolent society, while…”murder(ing) people in half a dozen countries,” and waging war on ordinary people at home, Roberts explained.

It requires replacing injustice with fairness. It requires government of, by and for everyone equitably.

It requires what never before existed. It never will without organized people demanding no less.

Stephen Lendman is the author of the celebrated books “Banker Occupation: Waging Financial War on Humanity” and “How Wall Street Fleeces America: Privatized Banking, Government Collusion and Class War“. He lives in Chicago and can be reached at [email protected]

528 Hz is the Frequency Resonating at the Heart of Creation Previous post
Industrial Hemp "Eats" Radiation - Is This Why the Gov. Gave it a Pass? Next post