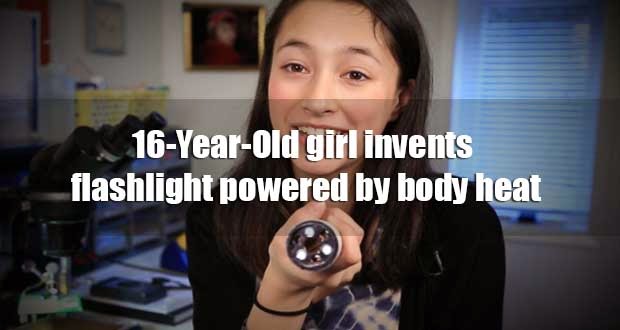 The invention has the potential to change the world

Many scientists are saying Ann Makosinski’s invention could change the world. Makosinski, a Filipino-Canadian from Victoria, Canada, invented a flashlight powered by nothing more than body heat.

Ann, 16, found her love for gizmos and gadgets because of her parents, who are both HAM radio operators.

Makosinski became motivated to invent a light source that didn’t need electricity after visiting her mother’s home country of the Phillipines.

Two years ago, Makosinski was inspired by a friend in the Philippines who didn’t have electricity – the girl told Ann she couldn’t complete her homework and was failing in school. 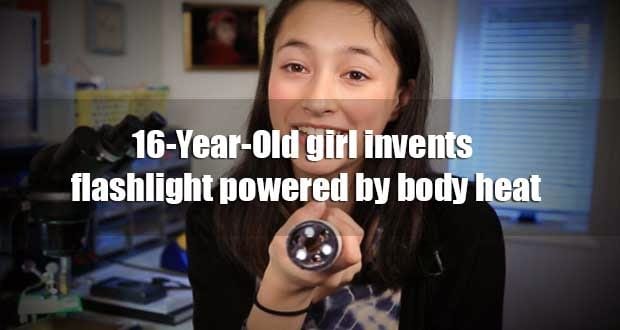 So Ann began experimenting with Peltier tiles, which produce an electrical current when opposite sides are heated and cooled at the same time.

She said she’d heard people described as “walking 100-watt light bulbs,” and became inspired to use body heat as an energy source.

“We have so much energy just radiating out of us, and it’s totally being wasted,”

After a few prototypes, she unveiled her “hollow flashlight,” so named because it has a hollow aluminum tube at its core that cools the sides of the peltier tiles attached to the flashlight’s cylinder. The other side is warmed by heat from a hand gripping the flashlight.

Ann spent months working on the project; her patent-pending design uses a transformer of her own creation. Incredibly, the project only took second place at her local science fair.

Many people have asked where she wants to attend university, expecting to her to name the likes of Stanford or MIT. Ann said she’s not thinking that far ahead; she needs to get through the eleventh grade first.

And then there’s the business of securing her flashlight’s patent and tweaking the prototype for market. At roughly 24 lumens, Ann’s flashlight’s brightness falls shy of commercial flashlights, which output dozens if not hundreds of lumens.

Of her efforts to increase her flashlight’s voltage efficiency, she said,

“I want to make sure my flashlight is available to those who really need it.”

The video will explain the story, but the end result is a Thermoelectric flashlight that simply works from the heat of your hand–you simply have to hold it.