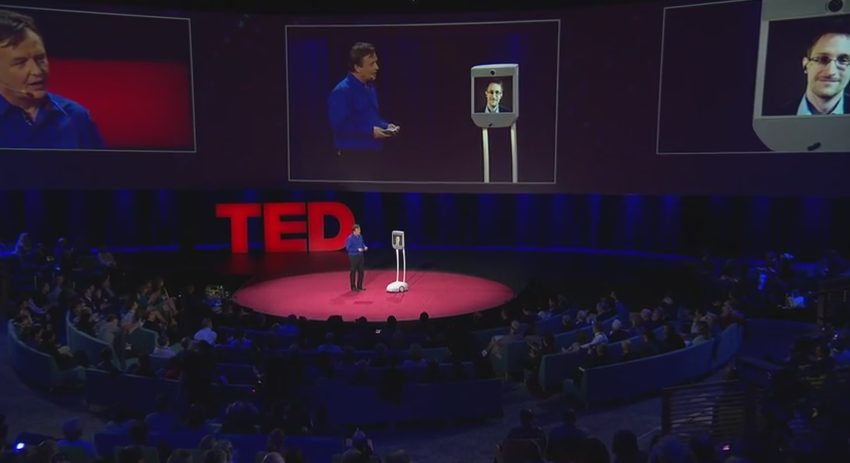 Edward Snowden Speaks at TED 2014: “The Biggest Revelations Are Yet To Come”

Edward Snowden, the NSA whistleblower who stole thousands of classified documents before leaving the United States recently made an unexpected and unscheduled appearance at a TED conference in Vancouver, Canada on Tuesday night.

It was done so VIA satellite robot, where he emphasized that there is still a lot of reporting to be done.

Here’s the full TED interview, and what Snowden had to say on Tuesday night.

He brings up some important points in this interview, especially about terrorism and how it’s always used as a cover for actions. He said “terrorism evokes an emotional response.” 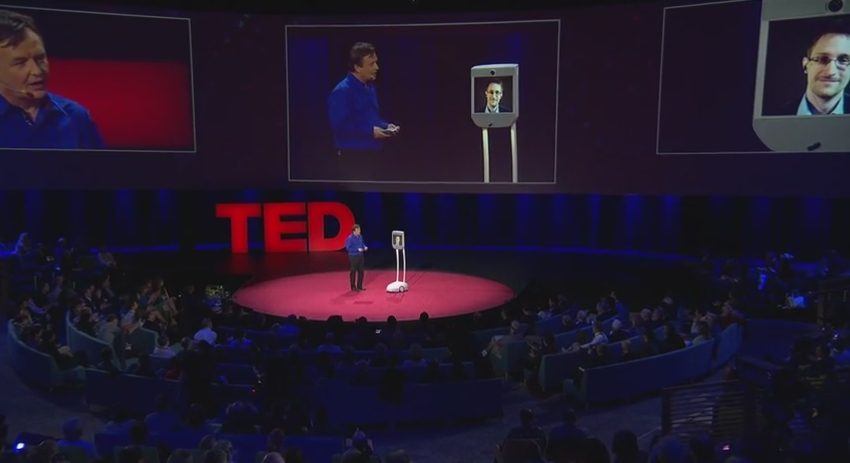 These words give more credence to the fact that false flag terrorism operations, like 9/11, have been used as an excuse and justification for unethical and inhumane actions.

It allows more people to open their mind to the possibility that these horrible events were actually manufactured not by terrorists, but the United States government, or this global international intelligence organization Snowden refers to as the “Five Eyes.”

If terrorism isn’t the real reason, then ask yourself, what is the reason for all these ‘covert’ actions that remain classified for ‘national security’ reasons? It seems that ‘national security’ has become an excuse to conceal a large amount of information from us, just like JFK warned us about.

I think it’s also important to note that mass surveillance isn’t the biggest and most significant aspect of government secrecy. The biggest revelation Snowden has made so far (in my opinion) was the very first public disclosure of the black budget, which garnishes trillions of dollars every year for Special Access Programs (SAPs).

“According to our best estimates, more than half of all U.S. government records are classified. For an archivist seeking to preserve and understand our history, that means most of our history is kept secret from us, think about that for a moment.” – Richard Dolan

SAPs are programs that the public knows nothing about, they do not exist publicly, but they do indeed exist. They are better known as ‘deep black programs.’ A 1997 US Senate report described them as “so sensitive that they are exempt from standard reporting requirements to the congress.” – (Source);

Snowden probably does/did not have access to what these programs deal with, and you can bet that it’s not regarding surveillance, but instead things of much greater significance.


You can read more about SAP’s and what they might be dealing with here.

“It is ironic that the U.S. would begin a devastating war, allegedly in search of weapons of mass destruction when the most worrisome developments in this field are occurring in your own backyard.

“It is ironic that the U.S. should be fighting monstrously expensive wars allegedly to bring democracy to those countries, when it itself can no longer claim to be called a democracy when trillions, and I mean thousands of billions of dollars have been spent on projects which both congress and the commander in chief know nothing about.” – Paul Hellyer, Former Canadian Defence Minister – (Source);

I wanted to leave you with this quote, because it makes reference to the world of secrecy, and the black budget.

“We already have the means to travel among the stars, but these technologies are locked up in black projects and it would take an act of God to get them out to benefit humanity. Anything you can imagine, we already know how to do.” – Ben Rich, Second Director of Lockheed Skunkworks (This quote has been verified by numerous sources. Here is one of them).