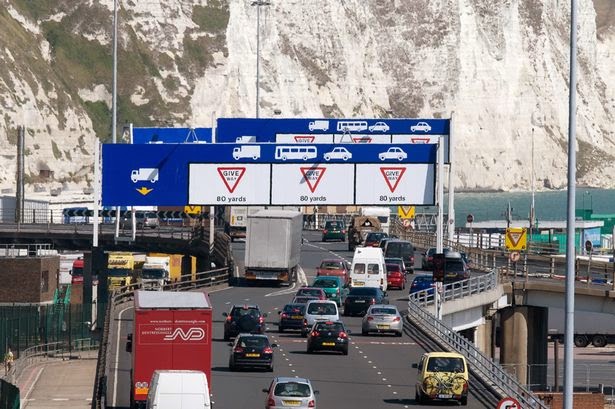 I. A former Tory cabinet minister was pictured in a video allegedly featuring child sex abuse, it has been claimed

The tape is believed to be among a batch of films seized by customs officials and handed over to MI5, reports the Sunday People.

No details about it have ever been made public.

But the customs officer who seized the haul is said to have identified the ex-minister in the footage. (…) A probe by the Sunday People and investigative website Exaro has ­uncovered evidence that the cassette was ­confiscated at Dover in 1982.

The notice said the items were “seized as liable to forfeiture upon the grounds that the said goods are indecent or ­obscene articles”.

Friends of the customs officer, now retired, have confirmed he told them this week that he recognised the minister in the film – but would not say anything else after his former bosses reminded him he had signed the Official Secrets Act.

This week the officer was too frightened even to open his front door, and said he was unwilling and unable to comment.

He said: “I am bound by all these regulations until I die.”

The existence of the video is likely to be seized upon by Operation Fernbridge cops investigating claims of a historical VIP sex abuse ring.

They are understood to have already spoken to the ex-minister about yet another video that places him at a sex party involving teenage boys three decades ago.

Now they are expected to speak to the customs officer. The video was seized at Dover’s Eastern Car Terminal along with other child pornography. A child abuse victim has told Exaro that this video showed boys, some of them “runaways”, who could be ­“ordered” by pedophile clients.

Another video was called “Amsterdam Tramway Museum” and featured images of boys from elsewhere in Europe who could be procured by perverts.

The video started with a few minutes of train footage before turning to ­pornographic images of boys. Mr Tricker confirmed he was stopped by customs officials when travelling through Dover as a passenger in 1982.

Mr Tricker confirmed he was convicted of a child sex offence in the Netherlands in 1992 and jailed for two-and-a-half years, but said he was cleared on appeal and released after five months.

His lawyers were able to show that the boy concerned had carried a false ­identity card and had pretended to be above age, Mr Tricker said. The boy was later shot dead in Amsterdam, he said.

Tricker denies being a pedophile but confirmed he was a personal friend of Peter Glencross, who was commercial manager of Spartacus International.

At the time, Spartacus International was used to attract new members to the Spartacus Club, an underground network for paedophiles.

II. Belgian Prime Minister publicly called a pedophile in the House of Representatives 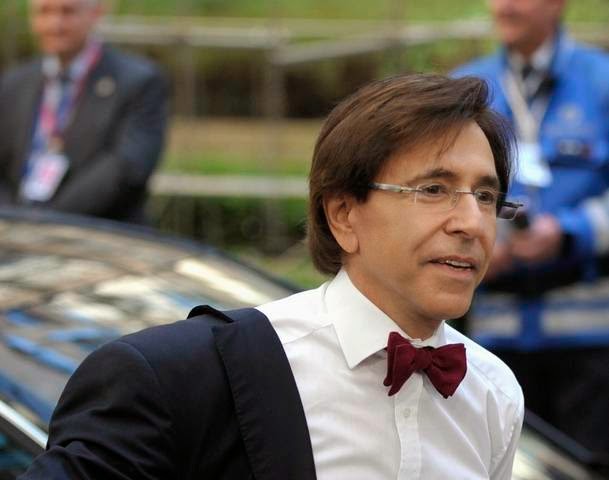 Following the antics of almost half of the deputies left the hall. Not hiding his homosexuality Elio Di Rupo thanked the deputies for a gesture of solidarity. In the 90 years he has put forward against false accusations of pedophilia.

III. Tory MP quits as Minister’s aide after claims he asked a Brazilian rent boy he was paying for sex to supply him with illegal drugs

Before proceeding, please note that the following is not a case of pedophilia, as the “sex boy” is 19 years of age.

Rogerio Santos, a teenage rent boy from Sao Paulo, made claims to a Sunday newspaper that Tory MP Mark Menzies paid for his sex services and later asked him to get hold of class-B drugs methedrone, reports said.

Mr Menzies, 42, is said to have met Mr Santos on a gay escort website. It is also claimed that he showed him around Parliament. Last night, Mr Menzies, a parliamentary aide (PPS) to International Development Minister Alan Duncan, said he was standing down from his post to fight ‘untrue’ allegations.

Mr Santos, who lives in the Brazilian city Sao Paulo, said: “I have been having sex with a Conservative MP for money. Mark asked me to buy methedrone. I have personal messages of him talking to me about drugs.”

Texts on the Brazilian’s mobile phone apparently revealed messages asking him for full details about the quality of the drug and how much it cost. The Brazilian maintained he was taken around Parliament by the MP and still has a ‘visitor’s permit’ but there was no suggestion Mr Menzies had broken any Commons rules.