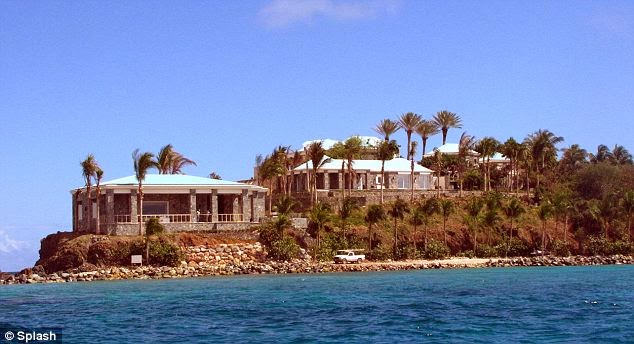 A new lawsuit has revealed even more shocking details about the secret lives of the all-powerful “elites.”

Jeffrey Epstein, a convicted pedophile — and good friend of former US President Bill Clinton and US President Donald Trump, — kept children as sex slaves on his private island, Little St James, in the early 2000s.

If you are already shocked and disgusted, please bare with me a little longer, because you haven’t heard the worst yet.

According to flight logs, between the years 2002 and 2005, the former President Bill Clinton made multiple trips to Epstein’s private island.

One unidentified woman testified in the lawsuit:

“I remember asking Jeffrey what’s Bill Clinton doing here, and he laughed it off and said ‘well he owes me a favor.'”

According to The Enquirer, the lawsuit also claims that Bill Clinton was friends with an unnamed woman who:

One of the sexually abused slave-children was identified as “Jane Doe 102,” and her testimony sheds light into the dark lives of the world’s “elites.”

According to her testimony, she “was forced to live as one of Epstein’s underage sex slaves for years and was forced to have sex with… politicians, businessmen, royalty, academicians, etc.” — The Enquirer, via Daily Mail

More than 40 women testified against Jeffrey Epstein and identified him as a pedophile and sexual predator, which was enough to convict him to — wait for it — a “whooping” 18 months in jail, of which he only served 13 behind bars.

Are you outraged yet? You should be!

Only months after Epstein was released, Prince Andrew reportedly stayed at Epstein’s mansion in New York. 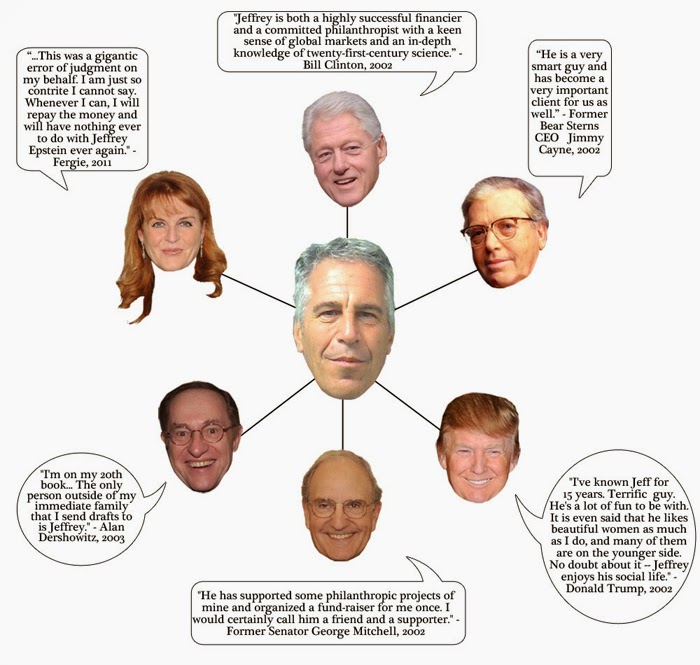 The main stream media barely touches pedophilia-related subjects and whenever they do, the stories are carefully scripted, so that the horrifying stories can be easily digested and eventually discarded by the common people.

1. “Underage women”: the “women” were younger than 14, hence they were CHILDREN.

2. “Sex slaves”: no, these cases are not about sexual domination games that can be identified as “sex slaves / masters,” but the main stream media uses this expression in order to confuse its readers / viewers.

In this case, the sex slaves expression refers to children who had been kept prisoners and forced to have sex with influential people.

Jeffrey Epstein kept children prisoners on his private island, which had been repeatedly raped by top politicians, businessmen, academicians and royalty.

Now let it all sink in.