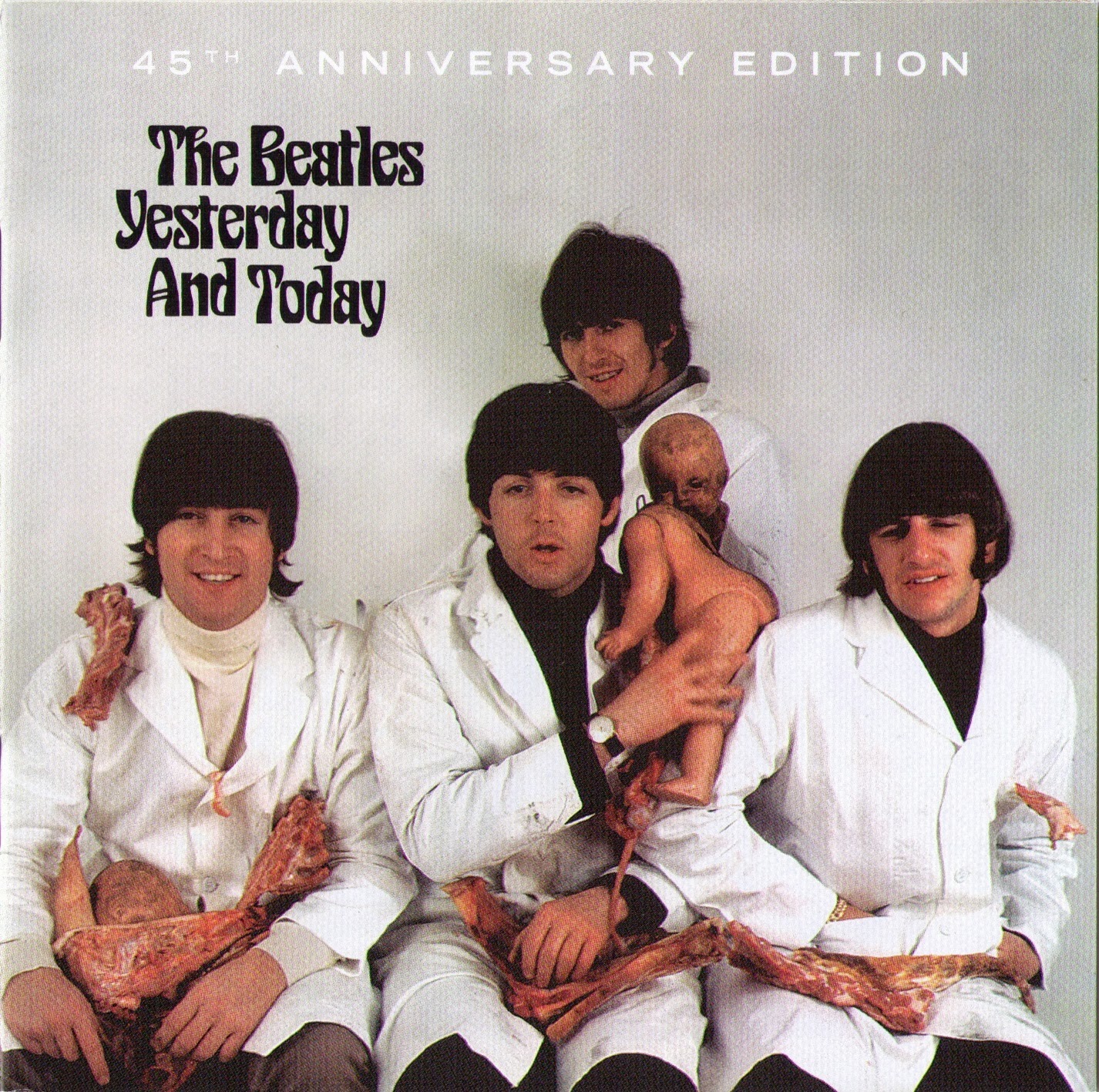 The Beatles Were an Illuminati Creation

The Beatles were an Illuminati creation. Their songs were written for them and handlers scripted their actions and words.

In his book, The Committee of 300, former MI6 officer John Coleman reveals that the Beatles were a psychological operation run by the Tavistock Institute for Human Relations.

The Beatles were created to advance the formation of a corrupted Brave New World-style slave populace. This agenda kicked in big time during the 60s, with rock groups acting as social agitators.

Free love, drugs and rock music were promoted. To replace Christianity, the Illuminati introduced the New Age Movement: spiritual doctrines that do not require the individual to follow the Moral Law.

Watch this interview with John Coleman:


The Beatles were presented as anti-establishment but received endless mainstream media attention. In 1965, they received MBEs (Members of the Most Excellent Order of the British Empire) from the Queen.

The occult references in the Beatles work prove they were Illuminati puppets. A promotional photograph for the Yellow Submarine album shows John Lennon flashing the devil horns. Paul McCartney makes a ‘666’ / EYE OF HORUS hand sign.

The front cover of the With The Beatles album shows their faces half in shadow. This is the ‘One Eye of Horus’ that is epidemic in the music industry today. The black / white duality is the Masonic doctrine to balance good and evil.

A Beatles compilation was released in 1988 titled ‘Past Masters’. Past Master is a Masonic term used to describe the former Worshipful Master of a Masonic Lodge. The album contains exactly 33 songs!

In the film, ‘The Magical Mystery Tour,’ the Beatles use a magic wand to cast spells on unsuspecting members of the public. Magic wands are made from holly trees (hence Holly-wood) and are the instrument of the occult magician who has his audience (the populace) in a trance. The film features several Masonic handshakes.

The songs also feature occult lyrics. The song ‘Lucy in the Sky with Diamonds‘ refers to Lucifer in the sky with “diamonds” (aka “stars”, the Dogstar Sirius representing Lucifer).

The track ‘Across The Universe’ is about demon possession. John Lennon sings ‘gai guru deva’ (all hail to the devas). In Theosophy, a deva is a spiritual entity, i.e. demon, which exists behind the scenes manipulating and directing human behavior. Luciferians believe they are possessed by these entities when they rape, torture and kill innocent victims.

Four working class young men could not have written these songs! The Beatles were originally a hack rock ‘n’ roll cover band playing in the red light district in Hamburg. We are supposed to believe that only a few years later they composed songs with deep occult meanings!

The Beatles behavior was scripted by handlers who knew the agenda behind the group. The drug agenda was pushed in the infamous interview Paul McCartney gave with the BBC in 1966, when he ‘admitted’ to taking acid four times.

The interview was intended to cause controversy, which it did, and encourage young people to try LSD. If the BBC were really against drug use, they wouldn’t have broadcast the interview to millions of people.

Once we realize that the Beatles were supposed to turn young people against Christianity, their anti-Christian sound bites look scripted.

In 1963 Paul said, “Christianity doesn’t fit in with my life.” In 1966 John was more forthcoming, telling Newsweek, “Christianity will go, it will vanish and shrink. I needn’t argue about that. I’m right and will be proved right.”

In the 60s, the big record labels had total control over artists. Do we believe the Beatles could have spouted anti-Christian sentiment in opposition to their label EMI?

Their photo shoots were also clearly designed by Illuminati handlers.

A shocking example is the alternate cover to the ‘Yesterday / Today‘ album that pictures the Beatles covered in the body parts of dead babies. This was a sick laugh at abortion, the inevitable result of the free love agenda the Beatles were promoting. 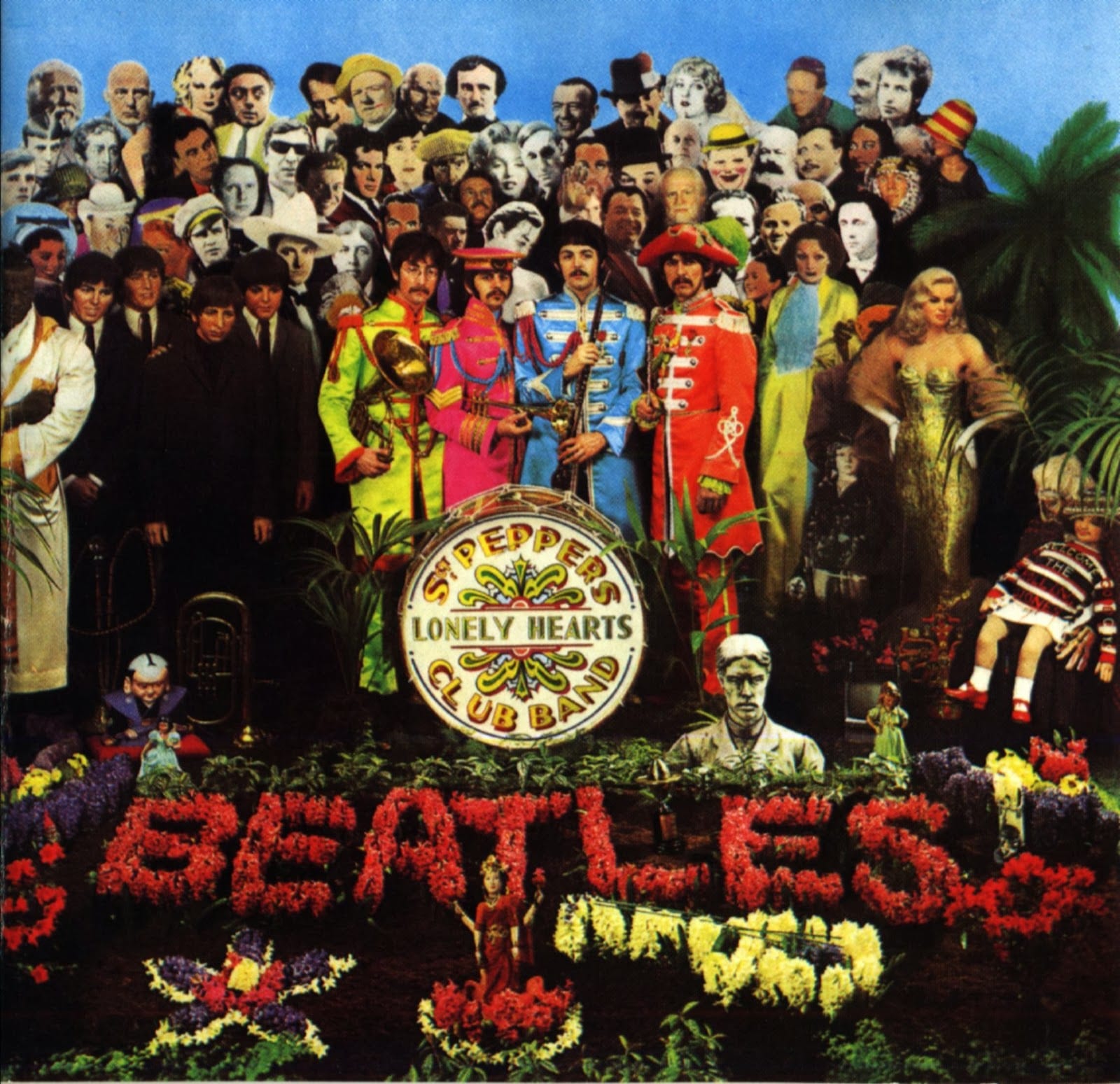 The front cover of the Sgt. Pepper album features the Beatles ‘heroes.’ They include a whole host of Illuminati stooges: Aldous Huxley, Karl Marx, Aleister Crowley, HG Wells and George Bernard Shaw among others. Tellingly, it includes cutouts of the Beatles from their early days. Is this an admission that they also served the Illuminati?

I bought all the Beatles albums when I was a teenager. I loved the music but felt something was wrong. The songs were melodically perfect but lacked emotional resonance. Now I know why: the group was an Illuminati creation.

After learning this information about the band, I listened to the music again. Now that I can hear the malevolent agenda behind the songs; they’re ruined for me.

The Beatles made the West more degraded, divided and weak.

Journalist David Noebel summarized it well in 1982, when he judged the impact John Lennon had on music:

In the style of true Satanists, the Beatles sold this sickness as “Love,” a reminder that the world is controlled by a satanic cult, the Illuminati, that hates God, and hates you and I.

By David Richards, Henry Makow / John Coleman’s book, The Committee of 300 is available on Amazon.