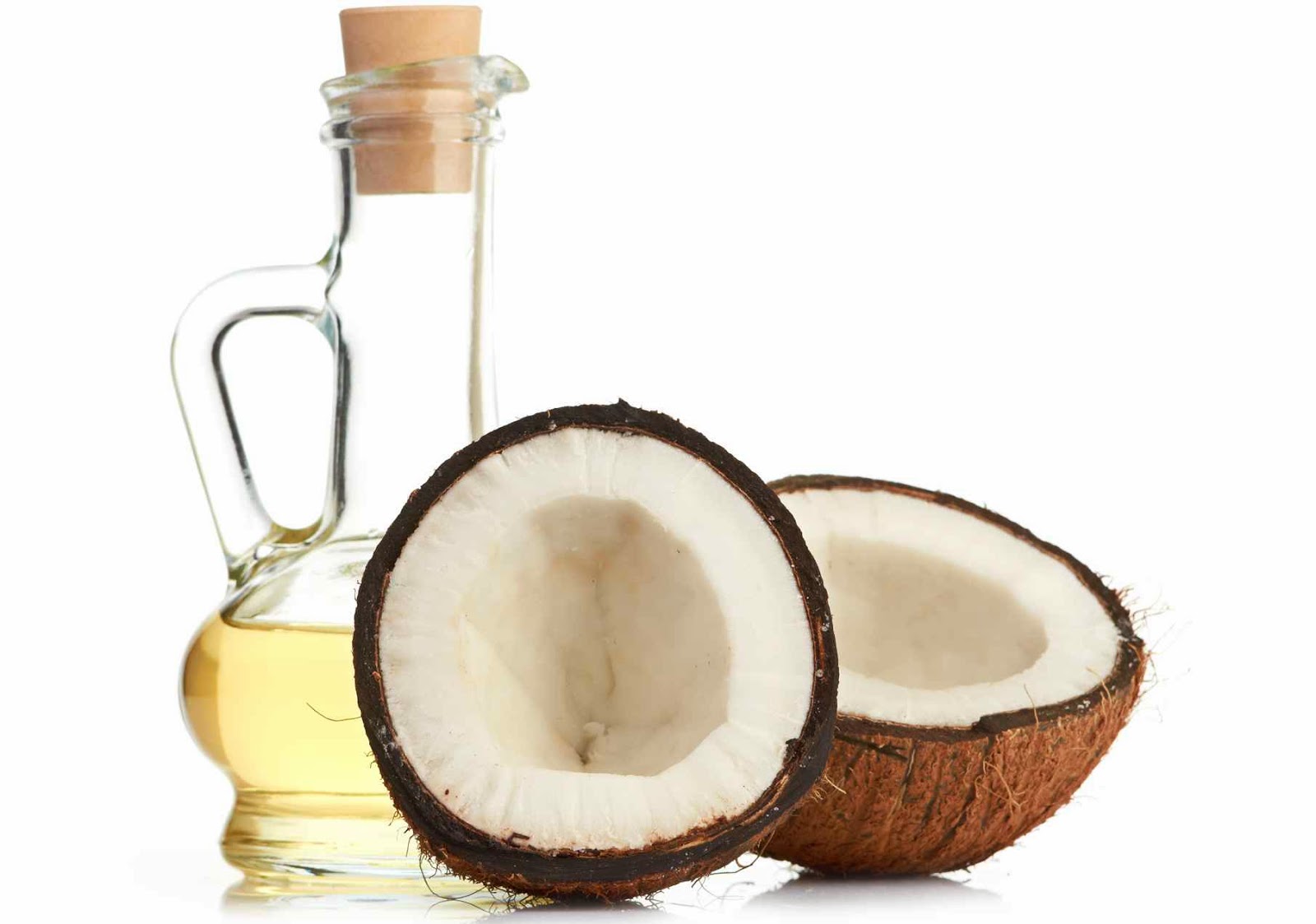 The Coconut Oil is a Powerful Antibiotic and Virus-Destroyer

You’ve no doubt noticed that for about the last 60 years, the majority of health care officials and the media have been telling you saturated fats are bad for your health and lead to a host of negative consequences, like elevated cholesterol, obesity, heart disease, and Alzheimer’s disease.

Meanwhile during this same 60 years the American levels of heart disease, obesity, elevated serum cholesterol, and Alzheimer’s have skyrocketed compared to our ancestors, and even compared to modern-day primitive societies using saturated fat as a dietary staple.

Did you know that multiple studies on Pacific Island populations, who get 30-60% of their total caloric intact from fully saturated coconut oil, have all shown nearly non-existent rates of cardiovascular disease? [1] 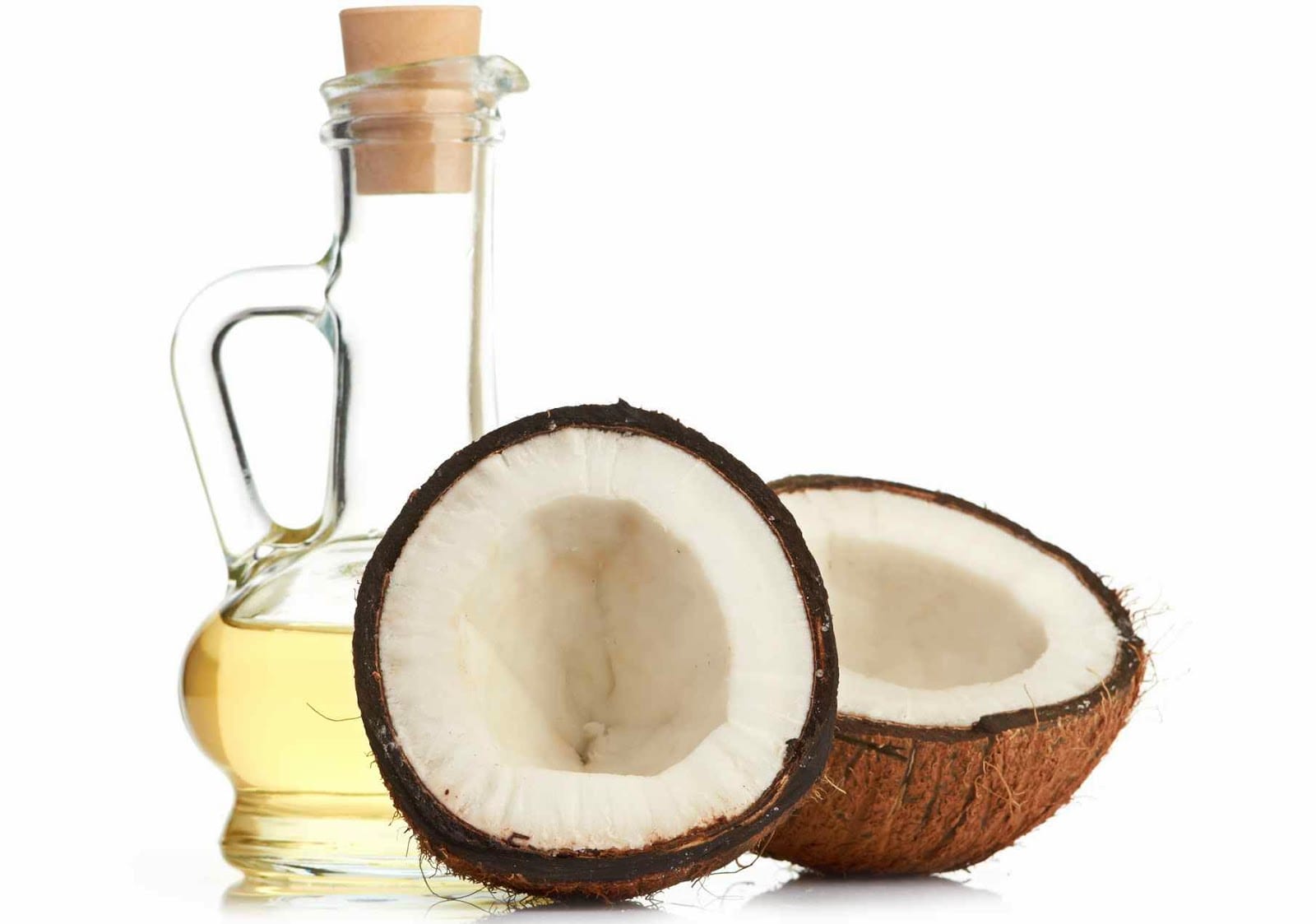 Clearly, a lot of confusion and contradictory evidence exists on the subject of saturated fats, even among health care professionals. But I’m going to tell you something that public health officials and the media aren’t telling you.

The fact is, all saturated fats are not created equal. The operative word here is “created,” because some saturated fats occur naturally, while other fats are artificially manipulated into a saturated state through the man-made process called hydrogenation.

Hydrogenation manipulates vegetable and seed oils by adding hydrogen atoms while heating the oil, producing a rancid, thickened oil that really only benefits processed food shelf life and corporate profits. The medical and scientific communities are now fairly united in the opinion that hydrogenated vegetable and seed oils should be avoided.

And guess what? These are the same damaged trans fats that have been touted as “healthy” and “heart-friendly” for the last 60 years by the vegetable and seed oil interests!

But the truth finally came out. Trans fat was rebuked, debunked, and revealed as the true enemy to good health that it has always been, regardless of what the seed and vegetable oil shills told the American public for the last half century.

Unfortunately, this rightful vilification of hydrogenated saturated fats has created a lot of confusion regarding naturally occurring saturated fats, including coconut oil. If one form of saturated fat is bad for you, the argument goes, then all saturated fat must be bad. Right? Nothing could be further from the truth!

The Truth About Coconut Oil

The truth about coconut oil is obvious to anyone who has studied the health of those who live in traditional tropical cultures, where coconut has been a nutritious diet staple for thousands of years.

Back in the 1930’s, a dentist named Dr. Weston Price traveled throughout the South Pacific, examining traditional diets and their effect on dental and overall health. He found that those eating diets high in coconut products were healthy and trim, despite the high fat concentration in their diet, and that heart disease was virtually non-existent.

Similarly, in 1981, researchers studied populations of two Polynesian atolls. Coconut was the chief source of caloric energy in both groups. The results, published in the American Journal of Clinical Nutrition, [2] demonstrated that both populations exhibited positive vascular health.

In fact, no evidence exists that the naturally occurring high saturated fat intake had any kind of harmful effect in these populations!

That’s not what you expected, is it? Based on 60 years of negative public policy toward naturally occurring saturated fats, you would expect these cultures to be rife with clogged arteries, obesity, and heart disease.

It may be surprising for you to realize that the naturally occurring saturated fat in coconut oil actually has some amazing health benefits, such as:

But how is this possible? Does coconut oil have some secret ingredients not found in other saturated fats? The answer is a resounding “yes.”

50 percent of the fat content in coconut oil is a fat rarely found in nature called lauric acid. If you’re a frequent reader of my newsletter, you already know that I consider lauric acid a “miracle” ingredient because of its unique health-promoting properties.

Your body converts lauric acid into monolaurin, which has anti-viral, anti-bacterial, and anti-protozoa properties. [9] Monolaurin is a monoglyceride that can actually destroy lipid coated viruses such as:

Lauric acid is a powerful virus and gram-negative bacteria destroyer, and coconut oil contains the most lauric acid of any substance on Earth! Capric acid, another coconut fatty acid present in smaller amounts, has also been added to the list of coconut’s antimicrobial components.

This is one of the key reasons you should consider consuming coconut oil, because there aren’t many sources of monolaurin in our diet. But the health benefits of coconut oil don’t stop there.

The Benefits of Medium-Chain Fatty Acids

Your body sends medium-chain fatty acids directly to your liver to use as energy. This makes coconut oil a powerful source of instant energy to your body, a function usually served in the diet by simple carbohydrates.

But although coconut oil and simple carbohydrates share the ability to deliver quick energy to your body, they differ in one crucial respect. Coconut oil does not produce an insulin spike in your bloodstream.

You read that correctly: coconut oil acts on your body like a carbohydrate, without any of the debilitating insulin-related effects associated with long-term high carbohydrate consumption!

Diabetics and those with pre-diabetes conditions (an exploding health epidemic in America), should immediately realize the benefit of a fast-acting energy source that doesn’t produce an insulin spike in your body. In fact, coconut oil added to the diets of diabetics and pre-diabetics has actually been shown to help stabilize weight gain, which can dramatically decrease your likelihood of getting adult onset type-2 diabetes. [11]

Cococut Oil: A Friend to Athletes and Dieters

If you live in the United States, you have an almost 70 percent chance of being overweight. And, by now, I’m sure you’re well aware that obesity affects your quality of life and is linked to many health concerns. One of the best benefits of coconut oil lies in its ability to help stimulate your metabolism.

Back in the 1940s, farmers found out about this effect by accident when they tried using inexpensive coconut oil to fatten their livestock. It didn’t work! Instead, coconut oil made the animals lean, active, and hungry.

However, many animal and human research studies have demonstrated that replacing LCFAs with MCFAs results in both decreased body weight and reduced fat deposition. In fact, the ability of MCFAs to be easily digested, to help stimulate the metabolism and be turned into energy has entered the sports arena. Several studies have now shown that MCFAs can enhance physical or athletic performance. [12]

Additionally, research has demonstrated that, due to its metabolic effect, coconut oil increases the activity of the thyroid. And you’ve probably heard that a sluggish thyroid is one reason why some people are unable to lose weight, no matter what they do.

Besides weight loss, there are other advantages to boosting your metabolic rate. Your healing process accelerates. Cell regeneration increases to replace old cells, and your immune system functions better overall.

Coconut Oil on Your Skin

Besides the mounting medical and scientific evidence that coconut oil has powerful positive health benefits when eaten, it has also been used for decades by professional massage therapists to knead away tight stressed muscles.

However, you don’t have to be a professional massage therapist to gain the skin and tissue support benefits of coconut oil. Just use coconut oil as you would any lotion.

Coconut oil is actually ideal for skin care. It helps protect your skin from the aging effects of free radicals, and can help improve the appearance of skin with its anti-aging benefits.

In fact, physiologist and biochemist Ray Peat, Ph.D. considers coconut oil an antioxidant, [13] due to its stability and resistance to oxidation and free radical formation. Plus, he believes it reduces our need for the antioxidant protection of vitamin E.

Like Dr. Peat, many experts believe coconut oil may help restore more youthful-looking skin. When coconut oil is absorbed into your skin and connective tissues, it helps to reduce the appearance of fine lines and wrinkles by helping to keep your connective tissues strong and supple, and aids in exfoliating the outer layer of dead skin cells, making your skin smoother.

Coconut Oil and Your Heart

And despite the propaganda, the truth is this: it is UNSATURATED fats that are primarily involved in heart disease, not the naturally occurring saturated fats, as you have been led to believe. [14] Plus, the polyunsaturated fats in vegetable and seed oils encourage the formation of blood clots by increasing platelet stickiness. Coconut oil helps to promote normal platelet function.

Coconut Oil in Your Kitchen

I only use two oils in my food preparation. The first, extra-virgin olive oil, is a better monounsaturated fat that works great as a salad dressing. However, it should not be used for cooking. Due to its chemical structure, heat makes it susceptible to oxidative damage.

And polyunsaturated fats, which include common vegetable oils such as corn, soy, safflower, sunflower, and canola, are absolutely the worst oils to use in cooking. These omega-6 oils are highly susceptible to heat damage because of their double bonds.I strongly urge you to throw out those omega-6 vegetable oils in your cabinets.

Reason # 1: Most people believe that frying creates trans-fat. That is not the major problem, in my opinion. Although some are created, they are relatively minor. There are FAR more toxic chemicals produced by frying omega-6 oils than trans-fat.

Frying destroys the antioxidants in oil and as a result oxidizes the oil. This causes cross-linking, cyclization, double-bond shifts, fragmentation, and polymerization of oils that cause far more damage than trans-fat.

Reason # 2: Most of the vegetable oils are GMO. This would include over 90 percent of the soy, corn, and canola oils.

They are all highly processed and consumed in amounts that are about 100 times more than our ancestors did a century ago. This causes them to distort the sensitive omega-6/omega-3 ratio that controls many delicate biochemical pathways, which results in accelerating many chronic degenerative diseases.

There is only one oil that is stable enough to resist mild heat-induced damage, while it also helps you promote heart health and even supports weight loss and thyroid function — coconut oil.

So, whenever you need an oil to cook with, use coconut oil instead of butter, olive oil, vegetable oil, margarine, or any other type of oil called for in recipes. Even though I don’t fully recommend frying foods, if you must fry, by all means use coconut oil — it’s your smartest choice.

The medium-chain fats in coconut oil are considered so nutritious that they are used in baby formulas, and in hospitals to feed the critically ill, those on tube feeding, and those with digestive problems. Coconut oil has even been used successfully by doctors in treating aluminum poisoning. [15]

Coconut oil is exceptionally helpful for pregnant women, nursing moms, the elderly, those concerned about digestive health, athletes (even weekend warriors), and those of you who just want to enhance your overall health.

6 Hidden Facts About the Mysterious Disappearance of Malaysia Airlines Flight 370 Previous post
Off-Grid Living is Illegal in Florida, According to Court Ruling Next post