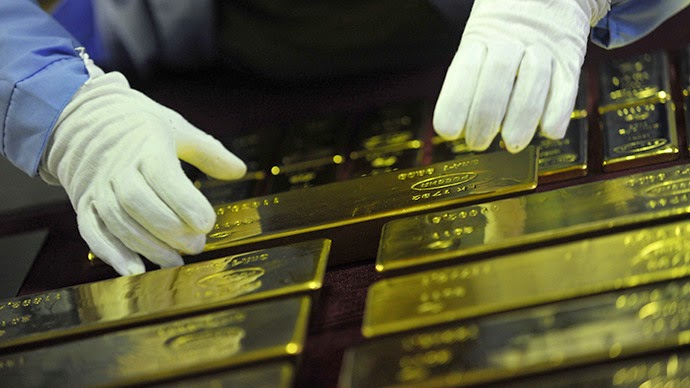 Was Ukraine’s Gold Reserve Confiscated by the Federal Reserve?

The Spoils of War and Regime Change

A Russian Internet news site Iskra (“Spark”) based in Zaporozhye, eastern Ukraine,  reported on March 7, that  “Ukraine’s gold reserves had been hastily airlifted to the United States from Borispol Airport east of Kiev”.

This alleged airlift and confiscation of Ukraine’s gold reserves by the New York Federal Reserve has not been confirmed by the Western media. 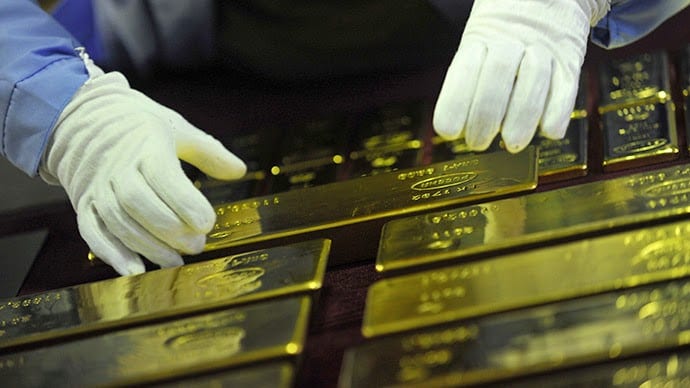 According to Iskra News:

“At 2 a.m. this morning [March 7] an unmarked transport plane was on the runway at Borispol Airport (right) [east of Kiev]. According to airport staff, before the plane came to the airport, four trucks and two Volkswagen minibuses arrived, all the truck license plates missing.

“Fifteen people in black uniforms, masks, and body armor stepped out, some armed with machine guns. They loaded the plane with more than 40 heavy boxes. After that a mysterious man arrived and entered the plane.

“All loading was done in a hurry. The plane took off on an emergency basis. Those who saw this mysterious special operation immediately notified the airport officials, who told the callers not to meddle in other people’s affairs.

“Later a returned call from a senior official of the former Ministry of Revenue reported that tonight, on the orders of one of the new leaders of Ukraine, the United States had taken custody of all the gold reserves in Ukraine.” — Сегодня ночью из “Борисполя” в США страртовал самолёт с золотым запасом Украины, iskra-news.info. Zaporozhye, Ukraine, March 7, 2014, translated from Russian by the Gold Anti-Trust Action Committee Inc (GATA).

Following this disclosure, GATA’s Secretary Treasurer Chris Powell requested the New Federal Reserve and the US State Department to indicate whether the NY Fed had “taken custody” of Ukraine’s Gold.

“A spokesman for the New York Fed said simply: ‘Any inquiry regarding gold accounts should be directed to the account holder. You may want to contact the National Bank of Ukraine to discuss this report.’

“GATA’s similar inquiry of last night to the U.S. State Department has not yet prompted any reply. Last night GATA called this issue to the attention of about 30 mainstream financial journalists and newsletter writers in the admittedly bizarre hope that they might pose the question as well.

1) The first rule of mainstream financial journalism and particularly financial journalism about gold is never to put a specific critical question about the monetary metal to any of the primary participants in the gold market, central banks. That is, nearly all gold market reporting is, by design, irrelevant distraction at best, disinformation at worst.

While the unconfirmed report regarding Ukraine’s gold reserves has not been the object of coverage by the mainstream financial news, the story was nonetheless picked up by the Shanghai Metals Market at  Metal.com. which states, quoting a report from the Ukrainian government, that Ukraine’s gold reserves had been “moved on an aircraft from … Kiev to the United States… in 40 sealed boxes” loaded on an unidentified aircraft.

On March 10, kingworldnews, a prominent online financial blog site published an incisive interview with William Kaye, a Hong Kong based hedge fund manager at Pacific Group Ltd. who had previously worked for Goldman Sachs in mergers and acquisitions.  ‎

The Spoils of War and Regime Change

Of significance in this interview with William Kaye is the analogy between Ukraine, Iraq and Libya. Lest we forget, both Iraq and Libya had their gold reserves confiscated by the US. According to Kaye,  the destination was the New York Fed.

The National Bank of Ukraine (Central Bank) estimated Ukraine’s gold reserves in February to be worth 1.8 billion dollars. According to William Kaye:

“That would amount to a very nice down payment to the $5 billion that Assistant Secretary of State Victoria Nuland boasted that the United States has already spent in their efforts to destabilize Ukraine, and put in place their own unelected  government.” — Kings World News;

Kaye also confirmed in the interview that Washington was behind the appointment of the new head of the National  Bank of Ukraine (NBU) Stepan Kubiv:

“This would have been his first major decision to transport that gold out of Ukraine to the United States. …Ukraine will … very likely never see that gold again.” – KingsWorldNews;

Acting prime Minister Arseniy Yatsenyuk accused the Yanukovych government of having stolen Ukraine’s gold reserves.  This statement was made on February 27th, less than week prior to the report on the alleged airlifting of Ukraine’s gold to the  New York, which is yet to be confirmed.

About author: Michel Chossudovsky is an award-winning author, Professor of Economics (emeritus) at the University of Ottawa, Founder and Director of the Centre for Research on Globalization (CRG), Montreal and Editor of the globalresearch.ca website.

He is the author of The Globalization of Poverty and The New World Order (2003) and America’s “War on Terrorism”(2005). His most recent book is entitled Towards a World War III Scenario: The Dangers of Nuclear War (2011). He is also a contributor to the Encyclopaedia Britannica. His writings have been published in more than twenty languages. He can be reached at [email protected].