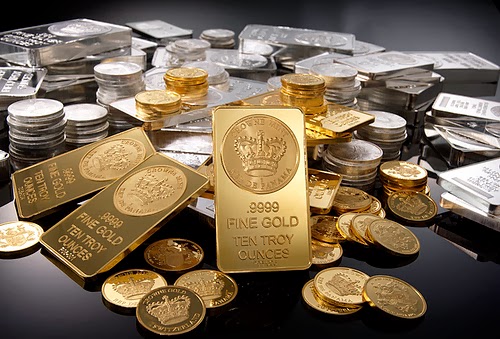 Why it’s Crucial to Own Gold and Silver Today

Circumstances are at such a point that one no longer needs a justifiable reason for being long physical gold and/or silver. Does it matter that the 50 day moving average is going to cross the 200 day moving average, now being bandied about as though there were a degree of magic associated with the event?

Does it matter any more that China remains a record buyer of physical gold for over a year? Did it ever matter that coin sales to the public have been setting records for well over a year?

Will it matter to know that the manipulation of gold has now been acknowledged by the totally incompetent main stream media? Is it not a foregone conclusion that nothing will come of any “investigation” by the bought-and-paid-for agencies responsible for ensuring such “events” do not happen? 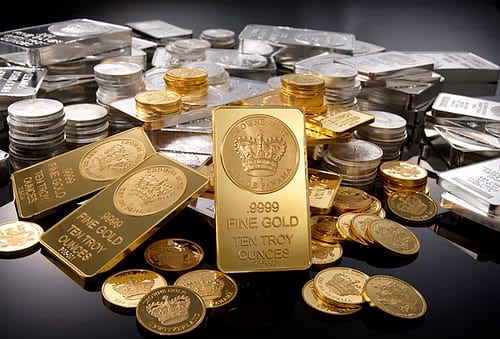 Does it matter that the “suicides” of several bankers over the past few weeks have all been immediately determined as “non-suspicious” by police on the scene?

The answer to all the above should be an obvious No!

What does matter is that the elite’s fiat banking Ponzi scheme has been producing more and more digital “currency,” which does not exist except as an IOU to the recipient countries that are being bailed out.

“I-will-cut-the-deficit-in-half” Obama has allowed the privately owned, [by the elites], Federal Reserve to run up the US deficit to over 17 trillion fiat Federal Reserve Notes.

[You can continue to play the Fool’s game and call them “dollars,” but in reality, in fact, and in law they are not. However, the elite’s Ponzi scheme of deception has people everywhere believing the Fed’s fiat currency is a “dollar” and somehow has “value.”]

fiatFi”at, [as in money], noun: irredeemable paper currency, not resting on a specie basis, but deriving its purchasing power from the declaratory fiat of the government issuing it. [1913 Webster dictionary]

The definition of fiat has been known for quite some time, [certainly before 1913], yet it does not seem to bother US citizens that the purported “money” that they think they hold is actually a dollar, a deception purposefully perpetrated by the government, in collusion with the elite’s central banking system. [Europeans have the fiat Euro].

Would it bother you to find out that your spouse of so many years, or someone you trusted, like a best friend, has been deceiving you into believing a falsehood? falsehood: an untrue representation or assertion]. Once you discovered you had been duped, for decades, would you ever be able to trust or believe in that individual again?

Here is another revelation for those who have chosen not to question anything: Debt, by its very definition: an obligation to pay, cannot be money!

Add to that is the other pertinent fact that the fiat FRN is irredeemable. It has no, zero intrinsic value. What ever value you may think a FRN has is purely imagined.

Then there is this not so little interesting fact: The Federal Reserve creates FRNs at the cost of paper and ink, then loans its irredeemable fiat paper to the United States Treasury, for which the US taxpayer must pay back, with interest, to the Fed.

Guess what the Fed will not accept as a form of repayment? The very same Federal Reserve Notes it issues. The Fed, as a part of the elite’s corrupt scheme, demands gold and silver as payment in return for the created-out-of-thin-air “money.”

Fed to the bankrupt US government: “You do not have any more gold and silver to repay your debt to us? We will take over the U S Forestry Department as payment. We now own it, and it will now be known as the US Forestry Service. The public will not be any wiser to the switch.”

“Now we will take over, as in own, the US Post Office. It will be called the US Postal Service. The public will not notice the switch in name.” Etc, etc, etc.

The elites own the US through the passage of the Federal Reserve Act of 1913, passed on 23 December, two days before Christmas, when any opposing senators would be home on vacation and unable to cast any vote against the Act.

One of the most important Acts passed in this country was done at a time when senate custom was not to pass anything from early December through early January, while most traveled home for the holidays. Travel, in those days, was by horse and carriage and train, primarily, to put this fast one into context.

The elites never take a holiday. For a reason.

When one begins to comprehend the enormity of the theft of all the assets of the US by the elites, for it defies the imagination of most and cognitive dissonance operates to prevent people from believing the truth when presented, for the Lie has been so well sold by the elites through the government and the elite-controlled media.

When the enormity of what has transpired in a well-conceived takeover scheme, spanning decades so as to not arouse suspicion, so many things taken for granted are seen in an entirely different light.

Going back to the fourth paragraph, what does matter is the never-ending creation of new debt, now over $17 trillion [FRN], as mentioned, because every fiat system throughout history as failed, and the American people are going to be in for the financial shock of their lives when the FRN “dollar,” as it is known, gets devalued in the not too distant future. By how much is unknown, but anywhere from 30% to 70% is likely, if not all at once, then in a few stages.

Those who already own gold and silver will be protected, to a larger degree than otherwise, against the certain-to-come devaluation[s]. We have been advocating the buy and hold strategy for over a year, specifically for physical gold and silver and personally holding the PMs, as well.

One of the provisions of the Patriot Act, [such an appealing sounding name, is it not?]…forced through at the direction of the elites to gain further control over unaware citizens, allows the government to raid anyone’s safe deposit box that may hold either gold or silver. Still trust the banks?

Some own gold and silver from much higher prices. That is okay and not a cause for concern. When the fiat Ponzi scheme fails, the unnaturally suppressed prices for both PMs will make $50 silver and $1800 gold look like an incredible bargain.

Consider this, a few days ago, the Chinese yuan took the largest drop in five years against the fiat “dollar.” China is now recognized as the largest holder of gold. The United States has become the largest debtor nation in history.

You have to ask yourself, how is it that the nation that owns the largest gold supply can have its currency decline against the nation that has the largest debt? It defies logic. The games that go on between countries is way beyond us as individuals, and in reality, people are just pawns in the geopolitical scheme of things.

The takeaway from all of this is the more than ever pressing need to keep on buying as much gold and silver as one can afford. Forget price. Ownership is all that matters. No one has a timetable for when things will fall apart, but the signs continue to grow and favor disintegration of the fiat FRN.

The entire world-wide banking system is corrupt and run by corrupt people whose only objective is to steal as much of your money as they can. We are of the mind that the western banking Ponzi scheme can go on for longer than most expect.

It could take one or even two to three years longer before the fiat system unravels. Things could also go awry in the next several months. Regardless of when, the handwriting is on the wall for those who pay attention.

Despite the growing acknowledgement that the COMEX and LBMA are just about out of gold, there is nothing glaring from the charts that flashes a dire warning sign. At some point, those in the know and in control will show their hand, somehow, in the paper market.

There are changes underway, but all within what would be considered as normal in any market, even though the PM market, marked by excessive manipulation, is far from being like any other market.

About author: Michael Noonan is a Chicago-based trader with over 30 years in the business. His sole approach to analysis is derived from reading developing market pattern behavior, found in the form of Price, Volume, and Time, and it is generated from the best source possible, the market itself.