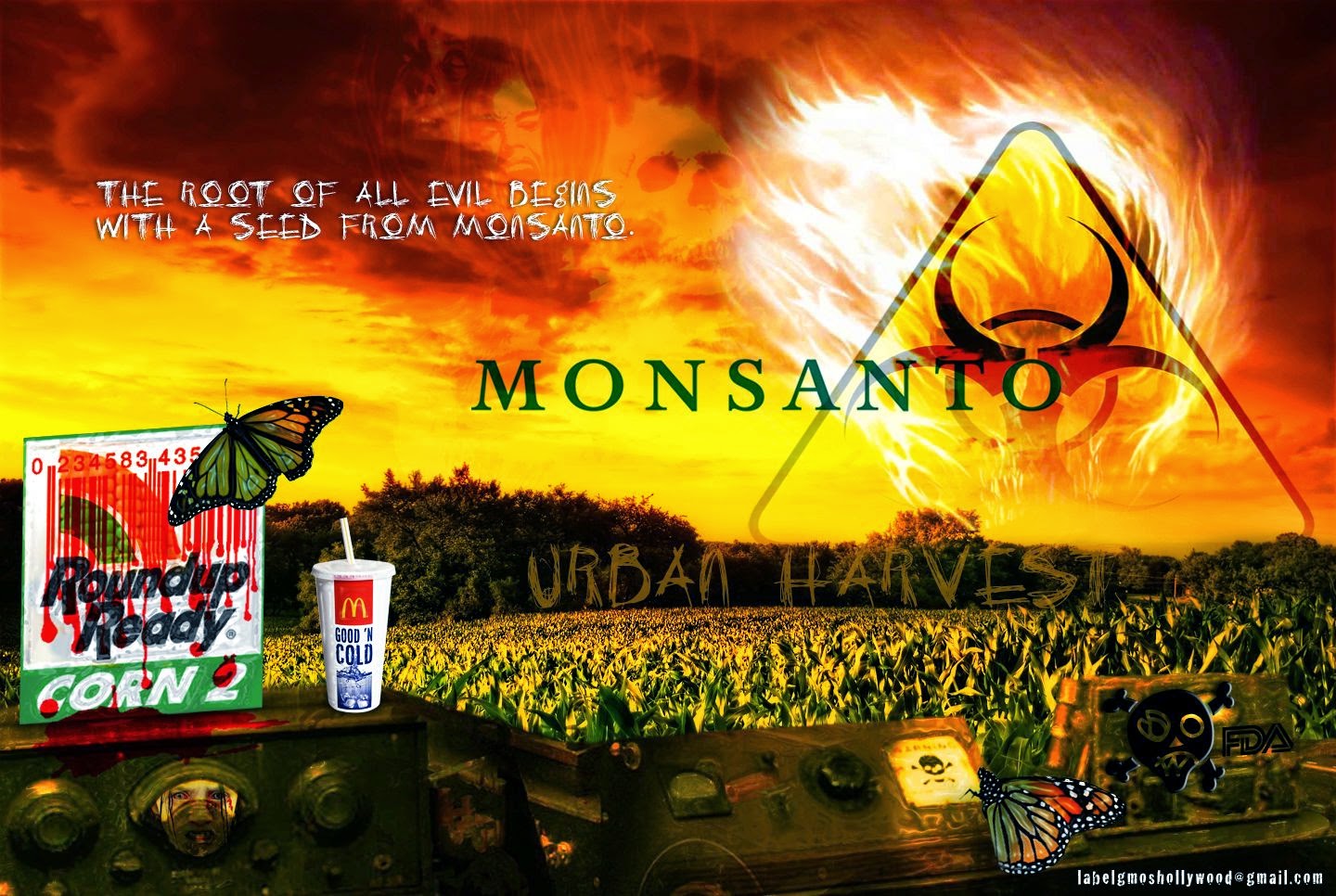 5 GMO Myths You May Think True

A few years ago GMOs weren’t even on the radar, today, GMOs and the pesticides that accompany them have been completely banned in numerous countries all over the world.

I’ve mentioned this in my other GMO articles before, but I will mention it again, when it comes to GMOs, we really have no idea what the long term effects will be on the public.

The very first commercial sale of GMOs was only twenty years ago in the year 1994. There is no possible way that our health authorities can test all possible combinations on a large enough population, over a long enough period of time to be able to say with certainty that they are completely harmless. 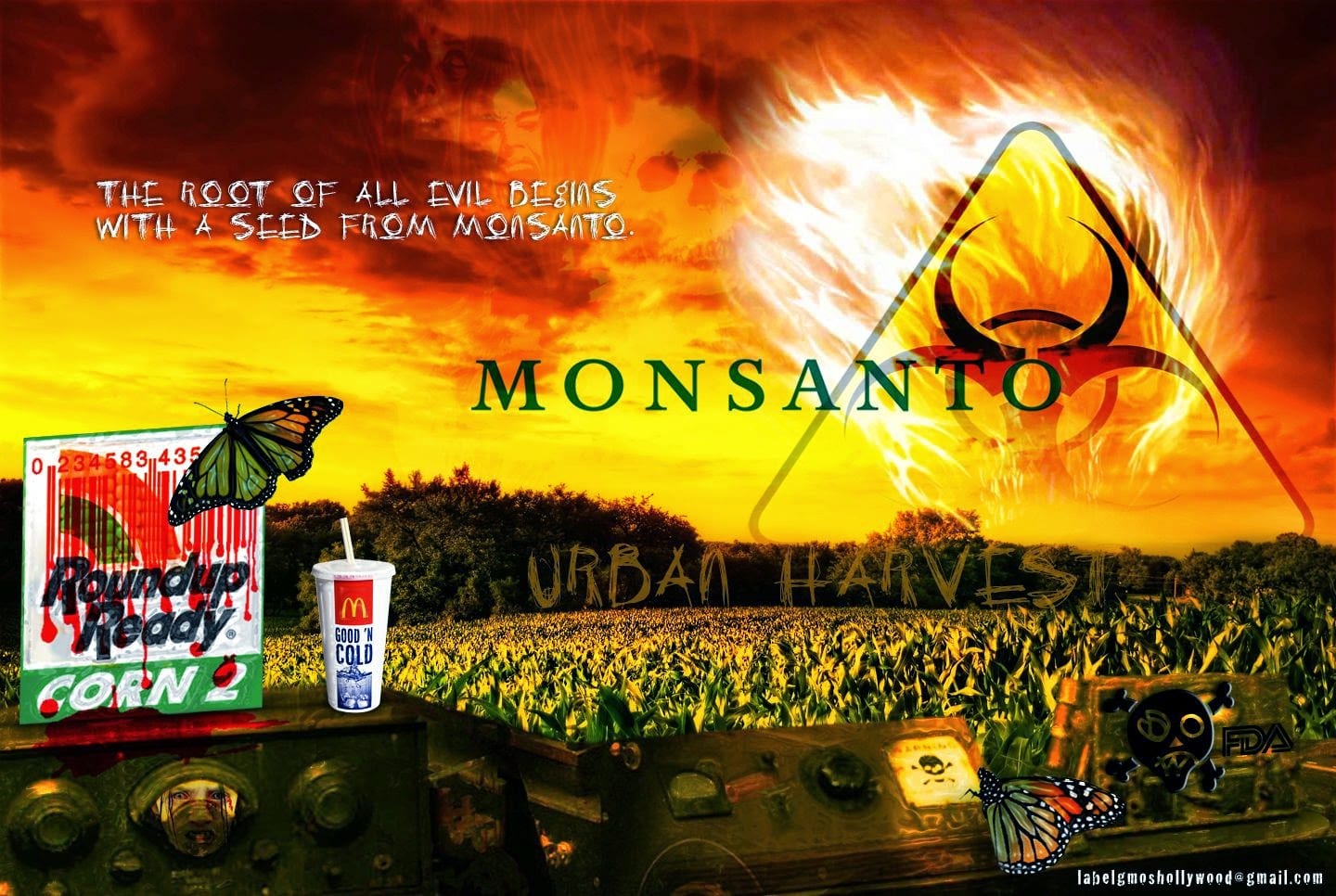 I also think it’s important to note that biotech corporations have been caught lying before. They’ve recently been caught using deceptive semantics of pesticide formulations and their regulations.

A new study recently published in the journal Biomedical Research International shows how roundup herbicide is 125 more toxic than regulators claimed. You can read more about that here.

Myth #1: No One Has Ever Proven That GMOs are Harmful to People

This is probably the most common argument I see against GMOs. If GMOs were completely safe, they wouldn’t be banned from multiple countries around the globe. Russia was the latest country to do so after government scientists told the parliament that they’re not safe to consume. You can read more about that here.

Monsanto has stated time and time and time again that GMOs have never been proven to harm people. The reality is, there is a plethora of research (independent, peer-reviewed studies and more) that clearly indicate that GMOs should not be approved safe to consume. Further testing is required, and we just don’t know enough about them yet.

We recently published a study titled 10 Scientific Studies Proving GMOs Can Be Harmful To Human Health, you can access  those studies and read about them here. You can also find links to more studies here.

Myth #2: GMO Crops are the Only Way to Solve World Hunger

This is also a very common argument amongst GMO proponents. These activists claim that without GMOs, world hunger will continue claiming the lives of millions of people over the next ten years.

The amount of money we spend in one day alone on war and defence could feed the entire planet for an entire year,  to say we don’t have the resources and money to feed the world is ridiculous.

That being said, money should never come in the way of necessity, it just doesn’t have to be this way. Our potential as one human race is far greater than what we’ve created for ourselves so far.

Sustainable agricultural practices could be set up all over the world. GMO farming is not really sustainable and this has been demonstrated time and time again. One example is in India, where  Monsanto’s insect-repellent Bt cotton wreaked havoc on the country’s farmers.

Those seeds cost twice as much as conventional ones and required greater inputs of water and expensive herbicides and pesticides. As a result, thousands of Indian farmers committed suicide.

The Union of Concerned Scientists reminds us that GM crops are not guaranteed, as promised by company advertising. They still fail to produce promised yields, and farmers are not permitted to save seeds due to the company’s patent. As a result, entire communities can be pushed to the brink of starvation.

Every person on the planet can feed themselves with just 100 square feet of well managed land. In 2008, the UN Conference of Trade and development supported organics, saying that organic agriculture can be more conducive to food security in Africa than most conventional production systems, and is more likely to be sustainable in the long term. You can read that full report here.

Below, international activist and scientist Dr. Vandana Shiva explains in two minutes how GMOs are a threat to biodiversity and farmers’ livelihoods. World hunger and poverty are a justification for GMOs just as 9/11 was a justification for the invasion of Iraq.

In this YT video, Vandana Shiva explains why GMOs are a death knell to biodiversity and farming.

A new study from the U.S. Geological Survey, titled “Pesticides in Mississippi Air and Rain: A Comparison Between 1995 and 2007,” reveals that Roundup herbicide (aka glyphosate) and its toxic degradation byproduct AMPA were found in over 75% of the air and rain samples tested from Mississippi in 2007.

Researchers weren’t surprised given the fact that 2 million kilograms of glyphosate were applied statewide in 2007. You can read this full study here. Sri Lanka recently had to ban Monsanto herbicide citing a link to deadly kidney disease, you can read about that here.

A new study released by Food & Water Watch yesterday finds the goal of reduced chemical use has not panned out as planned.  In fact, according to the USDA and EPA data used in the report, the quick adoption of genetically engineered crops by farmers has increased herbicide use over the past 9 years in the U.S. The report follows on the heels of another study by Washington State University research professor Charles Benbrook just last year.

Both reports focus on “superweeds.” It turns out that spraying a pesticide repeatedly selects for weeds which also resist the chemical.  Ever more resistant weeds are then  bred, able to withstand increasing amounts – and often different forms – of herbicide.

At the center of debate is the pesticide glyphosate, the active ingredient in Monsanto MON +2.23%‘s Round Up.  Food & Water Watch found that the “total volume of glyphosate applied to the three biggest GE crops — corn, cotton and soybeans — increased 10-fold from 15 million pounds in 1996 to 159 million pounds in 2012.”

You can read more CE articles on glyphosate and roundup herbicide HERE.

Other organizations concur and even the mainstream media has been forced to report that pesticide and herbicide usage is on the rise. Check out these recent articles from Huffington Post and Reuters for more information.

Myth #4: GMO Technology is Comparable to the Cross-Breeding That our Ancestors Did to Create Hardier Versions of Heritage Crops.

This also isn’t true, what our ancestors did and what we are doing is completely different. Cross-pollination of different varieties of the same plant species is what responsible farmers do, this can also occur naturally.  Genetically modifying seeds is a whole different ballgame, geneticist David Suzuki explains it well.

“By slipping it into our food without our knowledge, without any indication that there are genetically modified organisms in our food, we are now unwittingly part of a massive experiment.”

“The FDA has said that genetically modified organisms are not much different from regular food, so they’ll be treated in the same way. The problem is this, geneticists follow the inheritance of genes, what biotechnology allows us to do is to take this organism, and move it horizontally into a totally unrelated species.

“Now David Suzuki doesn’t normally mate with a carrot and exchange genes, what biotechnology allows us to do is to switch genes from one to the other without regard to the biological constraints. It’s very very bad science, we assume that the principles governing the inheritance of genes vertically, applies when you move genes laterally or horizontally. There’s absolutely no reason to make that conclusion.” (source)

With GMO seeds, crossing goes far beyond the bounds of nature, into completely unknown realms of biology that we know nothing about. For example, Monsanto has crossed genetic material from a bacteria known as Bt (Bacillus thuringiensis) with corn.

The goal was to create a pest-resistant plant, this means that any pests attempting to eat the corn plant will die since the pesticide is part of every cell of the plant. Basically, if you eat this corn you are eating pesticides.

Myth #5: The FDA and the USDA allow GMO’s, They Must Be Safe To Consume

Organizations like the FDA, the EPA, and the USDA all receive their power and influence from the mere fact that the public believes that their number one priority is the health and safety of the citizens they are supposed to be serving. All of the agencies vow that they are there to protect the public on their websites:

FDA is responsible for protecting the public health by assuring that foods (except for meat from livestock, poultry and some egg products which are regulated by the U.S. Department of Agriculture) are safe, wholesome, sanitary and properly labeled; ensuring that human and veterinary drugs, and jjabs and other biological products and medical devices intended for human use are safe and effective.

The Vision Statement of the USDA:

To expand economic opportunity through innovation, helping rural America to thrive; to promote agriculture production sustainability that better nourishes Americans while also helping feed others throughout the world; and to preserve and conserve our Nation’s natural resources through restored forests, improved watersheds, and healthy private working lands.

The reality: All of the above is just feel-good, warm and fuzzy rhetoric. Perhaps there are employees that truly believe in what they’re doing, but the leadership is as sickeningly tainted as Bt Corn. With all that’s been revealed over the past few years, it’s very clear that these corporations do not have our best interests at heart.

There seems to be a revolving door.

Make no mistake, the commissioners, directors, and secretaries of these agencies are put in place for a reason. If the FDA, USDA, or the EPA approve something, you might want to view it with more suspicion than acceptance. If they can say that radiation and pesticides are acceptable in your food, but that raw milk isn’t acceptable for consumption… there’s something incredibly wrong here.

The paragraph (above) for this final myth was taken from eatlocalgrown.com. You can view more myths by visiting that site. The first four myths and the information that accompany them were written by me. Thanks for reading.

Hollywood Producer Drops Bomb: Boston Marathon Bombing Was a Hoax Previous post
The Year of the Mystery: The Morning After [Part Three] Next post