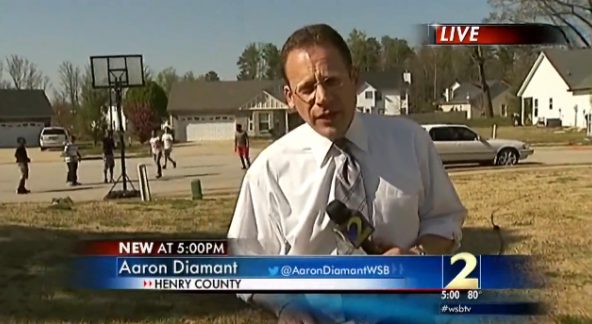 Police in Georgia forced a group of fifth graders to the ground at gunpoint this week as they attempted to build a tree fort in their own neighborhood.

According to 911 records, Henry County Police were called after a neighbor noticed the children “chopping off tree limbs,” an activity she claimed was hurting the environment and creating “tripping hazards.”

Police arrived on scene to find 11-year-old Omari Grant and his friends playing in a small patch of trees, prompting at least one officer to reportedly draw his firearm and force the boys to the ground. 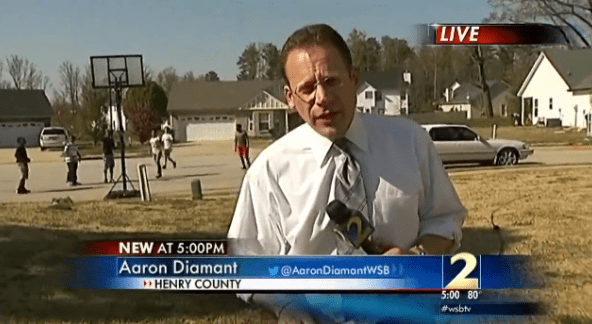 “I was thinking that I don’t want to be shot today, so I just listened to what they said,” Grant said.

As the children lay face down, the officer allegedly screamed profanities as he forced them to spread their arms and legs. Grant’s mother, Janice Baptiste, detailed her son’s experience in an interview with WSB-TV.

After the children were searched, Grant was taken back to his home by the officer, who also startled Baptiste with his unstable appearance.

“He just came with such an attitude,” Baptiste said. “His whole physical appearance was one of, ‘I’m Mr. Big and bad.’”

Grant says he is now hesitant to play outside in his own neighborhood, afraid of the very police he always looked up to.

“I learned that they’re supposed to help you, not make you feel scared to even come outside,” Grant said.

Edgar Dillard, whose wife made the 911 call, was reportedly stunned to hear of the neighbor boys’ encounter with police.

“Yeah, that’s pretty shocking to hear that a gun was pulled on a child,” Dillard said.

Baptiste has filed an excessive force complaint with the department, which has now opened an internal investigation. When questioned about the officer’s actions, Sgt. Joey Smith remained relatively tight-lipped.

“If it was justified then we’ll deal with it, if it wasn’t we’ll address it as well,” Smith said.

Despite the investigation, both officers remain on duty.


Unfortunately, police officers across the country who work to become positive role models for children, like the Texas cop who recently stopped to play catch with a young boy, are overshadowed by officers who abuse their power.