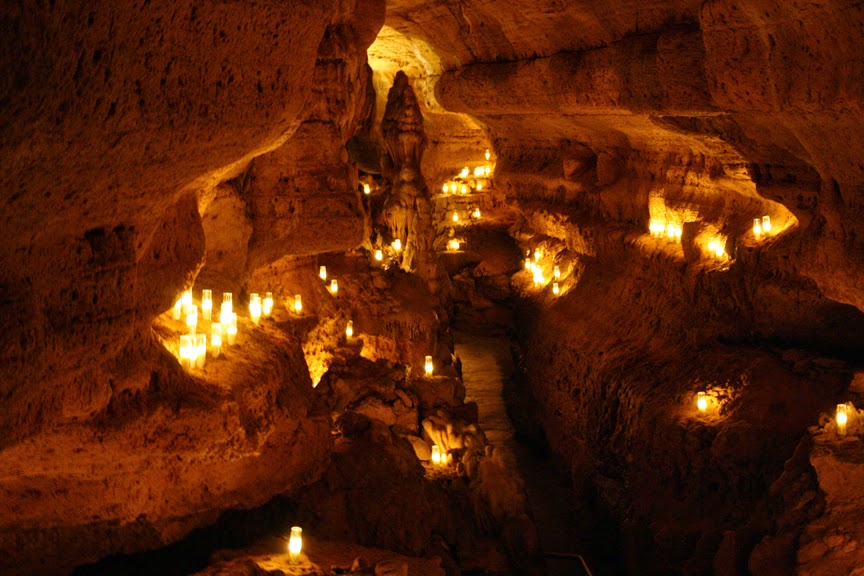 Here’s How We Play the Game

Who is it that allowed us who sleep or have slept or are still sleeping, to wake up; who is it that has given us the truth so that we could sit back and exclaim, “Whoa! Now what do we have here?”

Who is it that has put these thoughts, the ability to think, to talk, to read and understand and yes, even to be, into us? All these did not come by themselves – now way, José! 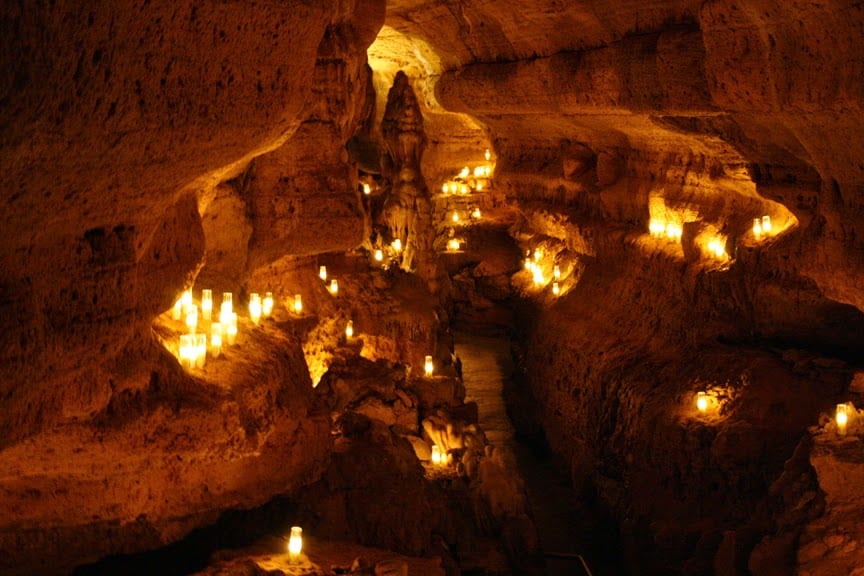 I have now for some time walked on this road you all call the Enlightment or the path of the Esoterica or Metaphysiscs or Quantum Physics — whatever. Many of the regular contributors to this website speak of the One who is high above all the ones:

(i)“There is no greater crime in life, think for a moment – NO GREATER CRIME – than not being your truest self, whoever that means you are. Not being authentic with your essence is first disrespectful to yourself and then to everything else, Life, The Universe, God, The Higher World, All of The World and all that you believe in, whatever that is….”

(ii)“…my highest guidance, a lesson from Spirit…”; “So if the Source is Love, it all starts and ends with Love. If Love is Truth, Truth always is, emerging and returning to Source! From one single dot to infinity, returning to dot, being one and the same!

“Truth is different in different states of consciousness, and the Truth is always out there for those who seek and want to know it, remember it actually. But we always have to look deeper and deeper to find the deepest Truth.

“The Universal Truth is the only kind of Truth that sets us free. If it does not make us feel free, then it’s not the real Truth! Seek deeper, reach bigger, aim higher! Seek Divine Love, that is the only cure for the Soul. Returning to Divine Love heals everything!”

(iii)“…it All emerges from One Source of Light, Father/Mother God…There is but One, but there is a multitude of Selves. The brilliance of this is within the Divine Nature that makes up All consciousness. All matter and non-matter, the physical and non-physical…. And only through knowing our own extension, our own purpose and intent within this Oneness, we can truly feel and know God. So the closer we get to our Self, the closer we get to God. Know the Self … Your God Self … know God! And then live it, become it, be it!”

(iv)“…it’s journey back to the Source, the Divine Creator; to ‘be the change’. It involves honouring and expressing your truth in every moment, not just with words, but in every physical, emotional and mental action that you take. It leads to an internal cleansing of blocked energy and out-dated, distorted behaviour patterns”.

So, who is he whom we call all that has been written above? I will tell you who is he. The one we of the Enlightment call, sometimes so glibly, the Source of all that is; the Creation, etc. as if he did not create creation but creation created him.

He is the Creator, he is God, the Designer of all that is, the Giver of life, of consciousness, the Light above all lights, the Energy that far surpasses all other energies and vibrations, the Divine Spirit.

He is that awesome Being, that great I AM, so amazing in all that he is and has made that, in order to try to understand him and wrap our minds around his essence, we can only reduce Him. He it is that made the laws of the universe – the law of vibration, the law of attraction, the golden rule etc.

Many of you who read this will say, “Agh! This is religion speaking”. However I can assure you that religion has nothing to do with this. Religion is a thing of man, it is man-made but the magnificence of the one who far surpasses anything that mere man can do or make, is what I am talking about here.

Not so long ago, I read how that someone of the Enlightment, who needed something said, “I prayed to creation….” And my immediate thought was, “If you had prayed to the Creator, what you wanted would have been given you sooner.”

This awesome Being is in two different relationships with his creation: (i) He is separate from and infinitely higher and greater than all that He has created. This refers to his transcendence, meaning he is wholly other as well as above all; (ii) He is personal, his eyes and attention are upon all and no one can hide from Him.

This refers to his immanence, meaning that he is omnipresent. To see him as lofty, holy, just and all-powerful is to see oneself in proper perspective to him and his creation. Proper awe and worship by all his creatures are inspired by a balanced perception of the transcendence of God.

He is a personal God and we are allowed to call him father for he had made us; we are his sons, beings of Light and Life and Love.

Therefore, to identify him as if he was merely “one of us” or simply a Force behind nature or a remote, impersonal Great Intelligence, is to move far from any view of his awesomeness. And although he is out there somewhere in the multidimensional universe, his home is in the heart of all his creatures, whether physical,  multidimensional or divine.

This is where anyone seeking after truth finds truth for he is Truth; where anyone who yearns for love, finds love for he is Love. But, sometimes we have to delve and dive deep inside ourselves to find him, going to the inner core of our being.

He has not left us, the human incarnations within this physical hologram he has created for our probation, alone but is watching over us. From our hearts has he given a doorway to him there where he rules the multi-dimensional Universe.

The Rabbi Jesus reconciled us to God – we who have been the slaves of the first invaders of Earth from the stars, by telling us who we are and how to find the way out of this hologram; he invites us to be at home in his father’s house, the Universe; he showed us the way to the Enlightment.

Very recently I have been reprimanded for having the audacity to write about the Rabbi Jesus in a way that must have given the reader the idea that I am trying to promote religion, being a religious person.

I will accede that I do come out of religion; I have been shaken awake by the Truth, my Creator, from religion to an awareness of what all are really about. Is this wrong? How else then should one wake up?

As one of the more regular authors of this site puts it so nicely that I will quote it again:

“There is no greater crime in life than not being your truest self, whoever that means you are. Not being authentic with your essence is first disrespectful to yourself and then to everything else, Life, The Universe, God, The Higher World, All of The World and all that you believe in, whatever that is….”

So if I am judged as being religious and a prisoner of dogma, so be it. However, let me remind the reader that someone that is such, cannot nor ever will be able to write about:

What I was accused of did not offend me for I am a very evolved and wise soul, having been through many lives. Way I see it, every one’s incarnation has a certain purpose, a mission, a task that he or she has to fulfill.

I know my present incarnation’s purpose and task is to be awakened from religion and to wake up in turn those still asleep there with all the help that Creator gives me by way of his universal laws and rules, such as the one golden rule: ‘do unto others as you want them to do unto you.’

I could never have done what I am already doing if I have not been into religion and its dogmas and doctrines, knowing them intimately inside out, myself.

What I have written here is done so that all who read from this divine script, should understand the divine plan with the waking up of the soul of each and every human being upon this Earth. Every soul that has woken up is put on a journey back to Source, our Divine Creator.

“The understanding of the divine plan is for our consciousness to come into its own; to intuitively feel the flow of ‘rightness’ in any given situation… You can live your truth, honor the alternative truth of another, yet not compromise your soul”. This journey “involves honoring and expressing your truth in every moment, not just with words, but in every physical, emotional and mental action that you take. It leads to an internal cleansing of blocked energy and out-dated, distorted behavior patterns.”

In the 13th Century there lived a man, Thomas of Aquinas who was known for his ability to thoughtfully consider all things and retain what is true, regardless of the source of that truth.

In this vein then allow me to comment on something being done by an organization from mainline religion, who is standing up for the values it holds dear; standing up against the controlling powers in this matrix we all are in:

One of their leaders in the USA, said “Religious freedom is our first freedom and a fundamental right — but it can only remain so if we work to protect it.”

The US Government is working hard to take religious and other freedoms away from their citizens and we know why. However, the Christians and Catholics are working and praying hard to prevent that, whereas all we of the enlightment do is to write about it, spewing forth our own fears and insecurities.

Like as these people mentioned in the last paragraph, who, though religious, are not afraid for what they intuitively know and feel is their right, I will conclude by repeating what Martin Luther said when he was judged by the Roman Catholic church, “Here I stand; I cannot do ought else!”

Philip Wood's GF on CNN: MH-370 Was Escorted by Fighter Jets, it is Still Intact and the Passengers Are Alive Previous post
6 Great Enigmas of the Ancient Architects Next post