Harnessing the power of the sun, the Solar Roadways project wants to replace asphalt streets with solar-powered panels that light up and melt snow.

While the project has received plenty of press, and even funding from the Department of Transportation, the family behind Solar Roadways has turned to crowdfunding site IndieGoGo in an attempt to raise one MILLION dollars.

From computer rendering to award-winning prototype, Solar Roadways founders Scott and Julie Brusaw have come a long way since the idea first surfaced in 2006.

The concept is simple: harnessing solar power by day, at night the LED-embedded roadways can provide lane markers, replace street lamps, and warn motorists of traffic or accident situations.

It seems totally sci-fi, but the Brusaw’s have built a working prototype next to their North Idaho workship, and it reportedly stayed free of snow and ice all winter long. The Brusaw’s want to take the next step towards production.


To be sure, it’s been a long road, and the innovative solar panel has had to overcome numerous technical issues. For example, how do you stop a car going 80 MPH on what is technically glass?

Their solution was adding a textured surface that proved so effective, it broke a British Pendulum Testing apparatus. They since toned the traction back, and are confident their solar panels are every bit as grippy as regular asphalt. 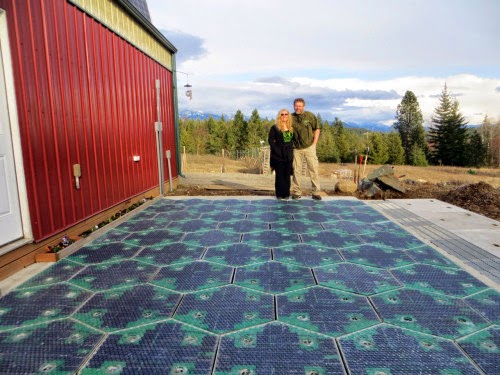 Another benefit? Broken panels can be replaced without the need for repaving an entire section of road, and with an expected lifespan of 20 years, these panels could pay for themselves many times over. But to make it into production, Solar Roadways needs a lot more money, and their plan is to bring their LED streets to parking lots and sidewalks first, before tackling a major interstate. 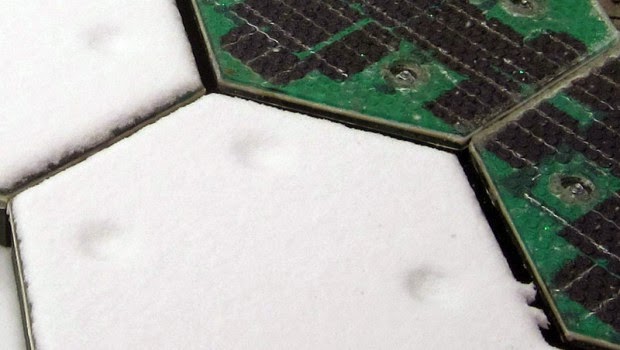 Yet the list of benefits is almost immeasurable, from lowering municipal power use to making lengthy and expensive road repairs a thing of the past. The first prototype parking lot is already installed, but the next step is a doozy.

They’re looking to raise a cool million bucks, though an infrastructure project like this needs a lot more money than that to really get the ball rolling. Are you down to pitch in?


Related: The ‘Smart Highways’ Are Glowing in the Dark and Charge Electric Cars Wireless;

About author: Chris DeMorro is a writer and gearhead who loves all things automotive, from hybrids to HEMIs. When he isn’t wrenching or writing, he’s running, because he’s one of those crazy people who gets enjoyment from running insane distances.