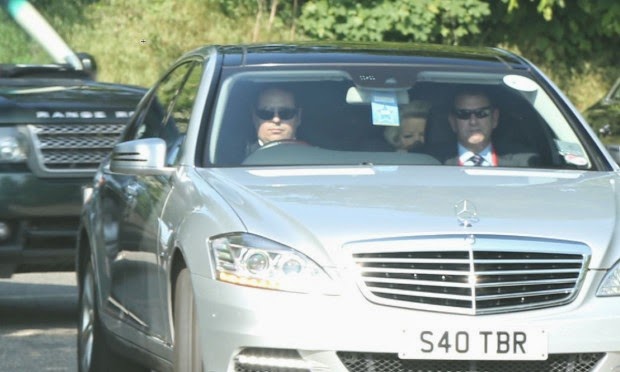 The 2014 Bilderberg Meeting Will be Held in Denmark

The 2014 meeting of the Bilderberg Group – a secretive organization of global power and control – will take place in Denmark at the end of May.

The announcement was made today on the official ‘Bilderberg Meetings’ website, which states simply, “The 62nd Bilderberg meeting will take place at the end of May 2014 in Denmark.”

The 2014 confab marks Bilderberg’s first return to Scandinavia since the group met in Sweden in 2001 and the first time the conference has been held in Denmark since 1969.

The elitist organization, which meets on an annual basis in either Europe, the United States or Canada, is comprised of some of the most powerful heavyweights of industry, banking, politics, royalty, academia and technology.

Prior to last year’s meeting, Infowars reporters who had booked to stay at the Grove Hotel days before Bilderberg members arrived had their reservations canceled due to unspecified “security” concerns.

Recent information suggested that the meeting will almost certainly take place at the 5 star Marriott Hotel in Copenhagen, Denmark from May 29 to June 1.


After Denmark was confimed as the site of the organization’s 62nd conference, inquiries to the Marriott show no rooms available for those dates, indicating that Bilderberg has booked out the entire hotel for its annual confab.

Although the group has been known to throw out red herrings and double book different hotels to throw reporters off the scent, the Marriott will very likely be the site of the conference.

Here is the complete official list of Bilderberg attendees for 2013.

I remind you that only few of the attendees are permanent members of the Bilderberg group, all others being pawns and puppets, regularly replaced, according to the needs of the “elites.” Also, the shadow members (David Rockefeller, Jacob Rothschild, Henry Kissinger, etc.) are probably never listed and possibly not even attending the meetings in person.

The U.S. Death Camps of WWII: Confessions of a Prison Guard Previous post
Healing From the Garden of the Gods Next post