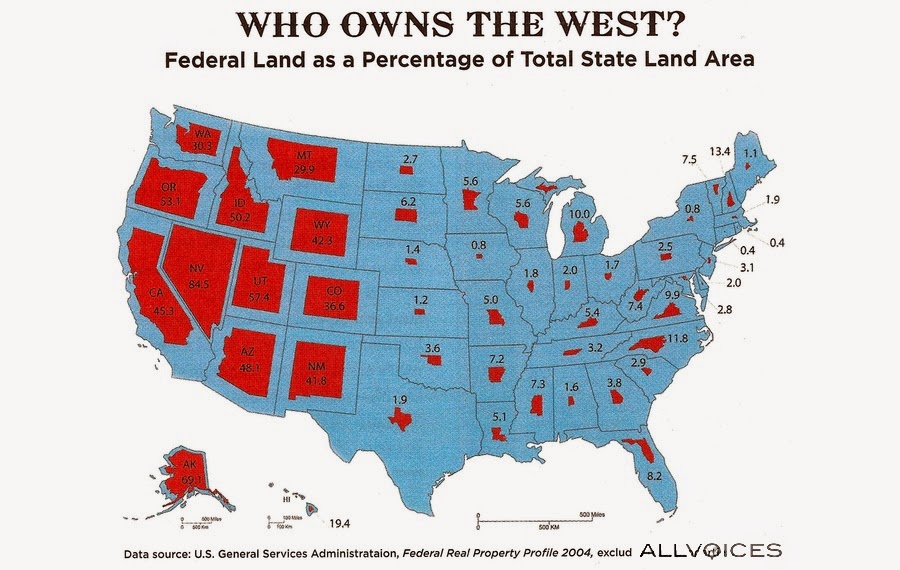 Turtles and cows have absolutely no relevance to the situation in Nevada. Does the Constitution make  provision for the federal government to own and control “public land”? This is the only question we need to consider.

Currently, the federal government “owns” approximately 30% of the United States territory. The majority of this federally owned land is in the West. For example, the feds control more than 80% of Nevada and more than 55% of Utah.

The question has been long debated. At the debate’s soul is Article IV, Section 3, Clause 2 of the Constitution, which is know as the “Property Clause”. Proponents of federal expansion on both sides of the political aisle argue that this clause provides warrant for the federal government to control land throughout the United States. 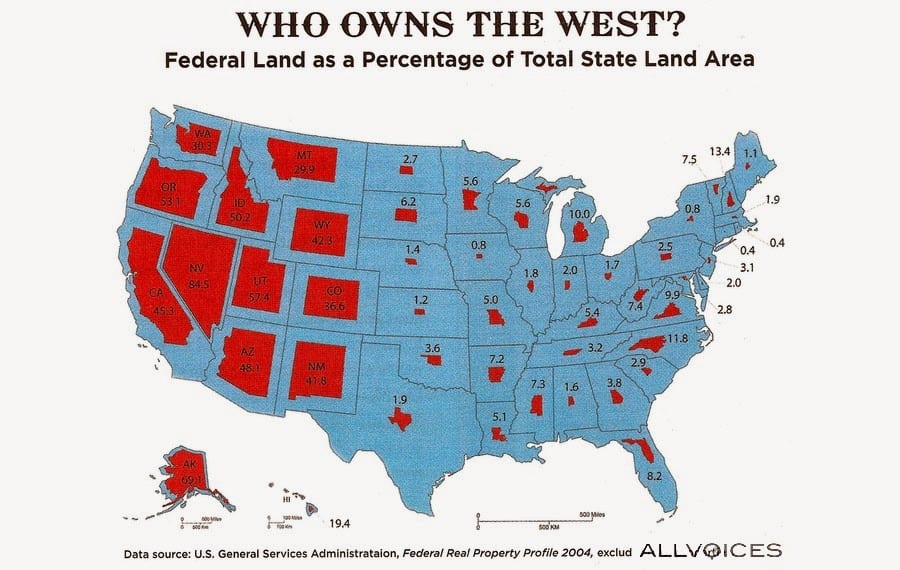 Those who say this clause delegates the feds control over whatever land they arbitrarily decide to lay claim to are grossly misinterpreting even the most basic structure of the Constitution.

It is said the Constitution is “written in plain English”. This is true. However, plain English does not allow one to remove context. Article IV does not grant Congress the power to exercise sovereignty over land.

Article IV deals exclusively with state-to-state relations such as protection from invasion, slavery, full faith and credit, creation of new states and so on.

Historically, the Property Clause delegated federal control over territorial lands up until the point when that land would be formed as a state. This was necessary during the time of the ratification of the Constitution due to the lack of westward development.

The clause was drafted to constitutionalize the Northwest Ordinance, which the Articles of Confederation did not have the power to support. This ordinance gave the newly formed Congress the power to create new states instead of allowing the states themselves to expand their own land claims.

The Property Clause and Northwest Ordinance are both limited in power and scope. Once a state is formed and accepted in the union, the federal government no longer has control over land within the state’s borders. From this moment, such land is considered property of the sovereign state.

The continental United States is now formed of fifty independent, sovereign states. No “unclaimed” lands are technically in existence. Therefore, the Property Clause no longer applies within the realm of federal control over these states.

The powers of Congress are found only in Article I, Section 8 of the Constitution. With the exception of the less than two dozen powers delegated to Congress found within Article I, Section 8, Congress may make no laws, cannot form political agencies and cannot take any actions that seek to regulate outside of these few, enumerated powers.

Article I, Section 8 does lay forth the possibility of federal control over some land. What land? Clause 17 defines these few exceptions.

“To exercise exclusive Legislation in all Cases whatsoever, over such District (not exceeding ten Miles square) as may, by Cession of Particular States, and the Acceptance of Congress, become the Seat of the Government of the United States, and to exercise like Authority over all Places purchased by the Consent of the Legislature of the State in which the Same shall be, for the Erection of Forts, Magazines, Arsenals, dock-Yards, and other needful Buildings” – (Emphasis added).

Article I, Section 8, Clause 17 is known as the Enclave Clause. The clause gives federal control over the “Seat of Government” (Washington D.C.) and land that has been purchased by the federal government with consent of the state legislature to build military posts and other needful buildings (post offices and other structures pursuant to Article I, Section 8). Nothing more.

Being a requirement, state permission was explicitly emphasized while drafting this clause. The founders and respective states insisted (with loud cries) that the states must consent before the federal government could purchase lands from the states.

Nowhere in this clause will you find the power for Congress to exercise legislative authority through regulation over 80% of Nevada, 55% of Utah, 45% of California, 70% of Alaska, etc. unless the state has given the federal government the formal authority to do so, which they have not.

However, once the territory was organized as a state and admitted to the union on equal ground, the state government assumes sovereignty over federal lands, and the federal government retains only the rights of an “individual proprietor.”

However, it did not take long for the Supreme Court to begin redefining the Constitution and legislating from the bench under the guise of interpretation.  Case by case, the Court slowly redefined the Property Clause, which had always been understood to regard exclusively the transferring of federal to state sovereignty through statehood, to the conservation of unconstitutional federal supremacy.

Federal supremacists sitting on the Supreme Court understood that by insidiously redefining this clause then federal power would be expanded and conserved.

Through the centuries, by the hand of corrupt federal judges, we arrive and the Bundy Ranch in Nevada. The Founding Fathers never imagined the citizens of a state would be subject to such treatment at the hands of the federal government.

Furthermore, they certainly never imagined the state legislatures themselves would allow such treatment to go unchecked. The latest updates appear to show that Bundy has won his battle against the feds– for now. However, it remains a damn shame that the state of Nevada would allow for such a situation to arise in the first place.

What does Nevada’s Constitution say about property? Section 1, titled “Inalienable Rights,” reads: All men are by Nature free and equal and have certain inalienable rights among which are those of enjoying and defending life and liberty; Acquiring, Possessing and Protecting property and pursuing and obtaining safety and happiness (Emphasis added).

In Section 22 of the Nevada Constitution, eminent domain is clarified. The state Constitution requires that the state prove public need, provide compensation and documentation before acquiring private property. In order to grant land to the federal government, the state must first control this land.

Bundy’s family has controlled the land for more than 140 years.

The Bureau of Land Management (BLM), which is an agency created by Congress, claimed that Bundy was “violating the law of the land.” Perhaps the agency has forgotten that the law of the land is the Constitution, and the only constitutional violation here is the very modern existence of the agency’s presence in Nevada.

About author: Michael Lotfi is a Persian, American political analyst and adviser living in Nashville, Tennessee where he works as the executive director for the Tenth Amendment Center (TN). Follow Michael Lotfi on Facebook and Twitter.

You Can Regenerate These 6 Bodily Tissues Through Nutrition Previous post
Scientific Evidence: Human Bodies and Consciousness are Evolving at an Accelerated Rate -- Are We Becoming Gods? Next post