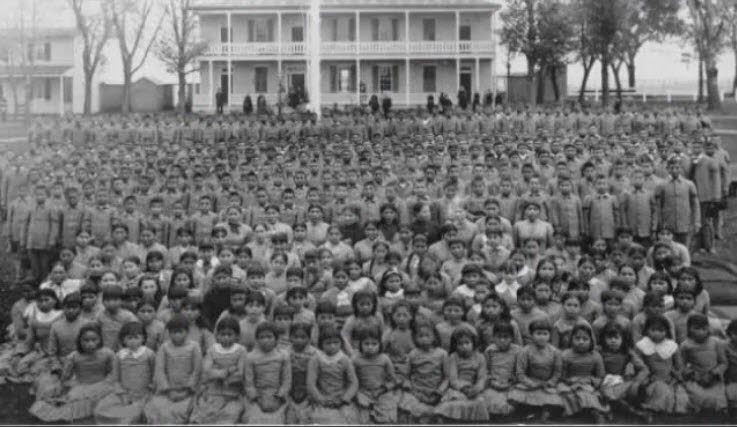 The Canadian Genocide: Tens of Thousands of CHILDREN Killed by the CHURCH

This is yet another file of forbidden history, yet another lesson you will never learn in school: the Canadian Church’s Genocide of First Nation’s children.

The death records of tens of thousands of First Nations children who died during the time residential “schools” [i.e. extermination camps] were operating in Canada have been handed over to the Truth and Reconciliation Commission. 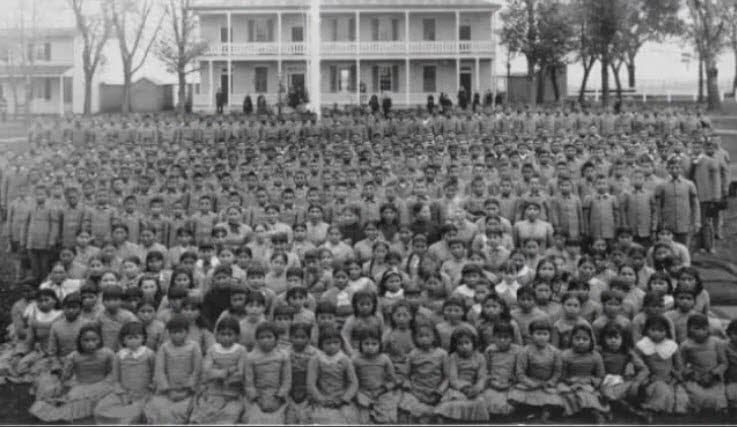 Several provincial governments gave up the records to the commission, which will now cross-reference the information with student lists to determine who among the children died while in the care of the church-run “schools” and where they might be buried.

“We hear from the survivors about having lost loved ones in the schools and not knowing what their fate was, what happened to them, whether they died and, if they died, where they’re buried,” said Kimberley Murray, executive director of the commission. “It’s an important truth they need to have before they can move forward to reconciliation.”

British Columbia opened the floodgates with the release of 4,900 death records for children aged 4 to 19 — the first batch a few months ago and the latest on Friday.

The province’s registrar general, who is in charge of vital statistics, appealed to colleagues across the country to open their archives, as well, and Alberta, Nova Scotia and New Brunswick followed suit.

Manitoba, Ontario and the territories are working with the commission on the release of their records, Murray said.

About 150,000 First Nations, Inuit and Metis children went to the church-run “schools,” the last of which closed in 1996. Many children never returned to their homes, according to the commission. Some ran away, some died.

“Often, their parents and families never were informed of their disappearance or death,” the commission said in an interim report.

Under the residential schools settlement agreement, only the federal government and churches are obliged to provide documents to the commission. Provinces are not but were very co-operative once asked, putting their own resources into searching archives, Murray said.

In B.C., where until 1956 death records were segregated and the official form was for the “Death of An Indian,” officials have been able to narrow down the record to children aged four to 19. They cover the period from 1870 to 1984, when the last residential “school” closed its doors in the province.

Alberta provided the commission with 10,000 records this week for First Nations people who died between 1923 and 1945, though the agency could not narrow down the field to children only.

New Brunswick located a handful of records and Nova Scotia recently turned over 125 records. Ontario will be, by far, the largest archive as it had the largest number of “schools,” Murray said.

The records will help the commission’s Missing Children Project, which aims to identify all children who died in residential “schools.” That list has 4,000 names and counting.

“The information in the certificates is helpful because we may know of a death but we don’t know the name. We may have a record that says ’13-year-old girl died on this day’ but they don’t name her and then we get the death record and there’s the girl. It’s like a matching process,” Murray said.

“We are finding new deaths that we didn’t know about and we’re finding additional information about the deaths we did know about.”

“Providing this data is one way to continue healing the relationship between aboriginal and non-aboriginal Canadians and an opportunity for the province of British Columbia to make a contribution to healing the terrible wound left behind by Indian residential schools,” Rustad said in a statement from Edmonton.

The commission has lamented the lack of co-operation from the federal government in turning over records but Murray said that has improved since the commission won a court case on the matter a year ago.

Commission staff have been given access to search the records of Health Canada, the RCMP and Indian Affairs. All agencies have been co-operative, Murray said.

The commission has been given a one-year extension to its original five-year mandate, and a report is now due in June 2015.


Must read: Aboriginal Survivor Says the Queen of England Abducted Children in Canada — Assassinated Before He Could Testify

As all evidence shows, these church-run “schools” were in fact extermination camps for children. Child sacrifice is an ancient Satanic ritual dedicated to Moloch and, as you may know, the secret religion of the world’s “elite” is Satanism.

Please share this article and help exposing the sick monsters ruling our world.

Scientific Evidence: Human Bodies and Consciousness are Evolving at an Accelerated Rate -- Are We Becoming Gods? Previous post
Study: GMO Crops Cause Infertility Next post