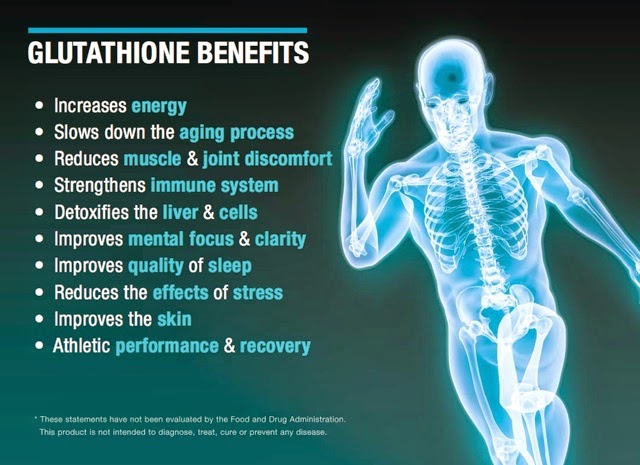 We have all heard of antioxidants, but have we heard of the mother of all antioxidants? One that is the secret to prevent cancer, heart disease, aging, neurological issues and more? This single antioxidant has been studied in great depth yet most of us know nothing about it and  many doctors have no idea how to address the epidemic of its deficiency in humans.

We are of course talking about Glutathione (pronounced “gloota-thigh-own.”) This is a powerful detoxifier and immune booster and is crucial to a healthy life. Although the body does make some of its own Glutathione, poor food quality, pollution, toxic environments, stress, infections and radiation are all depleting out bodies glutathione. 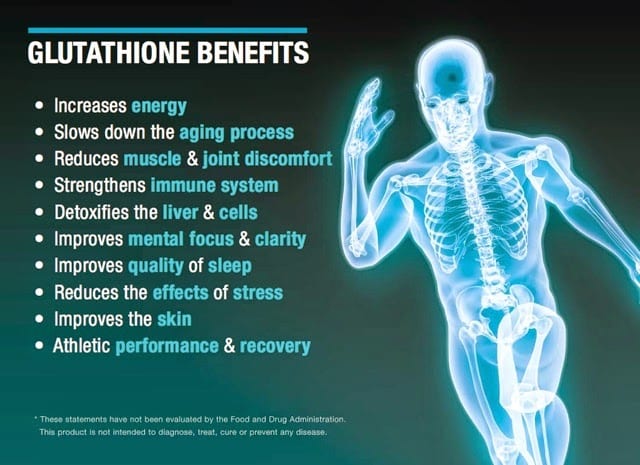 Glutathione is a simple molecule produced naturally in the body at all times. It’s a combination of three building blocks of protein or amino acids — cysteine, glycine and glutamine.

The best part of glutathione is that is contains sulfur chemical groups that work to trap all the bad things like free radicals and toxins such as mercury and heavy metals in our body then flush them out. This is especially important in our current world of heavy metal bombardment.

Where Can You Get Glutathione?

The body makes it, but it’s often not enough in our strenuous environment. Here are some food sources that either contain glutathione or its precursors to help the body produce more.

Notice they are all healthy foods we often don’t get enough of? This is another big issue with our diets. We consume a lot of junk, meat, dairy and processed foods, items that clinically have been proven to be the number one causes of heart disease and illness yet we consume them in huge quantities.

The key is to limit these and eat a lot of fresh, lively foods that provide nutrients and don’t ask the body to perform a mega job to digest.

You can also increase your exercise as glutathione production increases when you exercise. Breathing and sweating are also great ways to get rid of toxins in the body.

What makes glutathione so important and powerful is that it recycles antioxidants. When your body is dealing with free radicals, it is essentially passing them from one molecule to another.

They might go from vitamin C to vitamin E to lipoic acid and then to glutathione where they are cooled off. Antioxidants are recycled at this point and the body can now regenerate another glutathione molecule to go back at it again.

Glutathione is crucial for helping your immune system fight chronic illness as it acts as the carrier of toxins out of your body. Like a fly trap, toxins stick to glutathione and they are carried to the bile into the stools and out of the body.

Glutathione is also powerful enough that it has been shown to help in the treatment of AIDS greatly. The body is going to get in touch with oxidants and toxins, the more we can deal with those the better our body will be at staying strong, this is why glutathione is so important.

Dr. Mark Thyman has given 9 tips to increase your Glutathione levels. Check them out!

1. Consume sulfur-rich foods. The main ones in the diet are garlic, onions and the cruciferous vegetables (broccoli, kale, collards, cabbage, cauliflower, watercress, etc.).

2. Try bioactive whey protein. This is great source of cysteine and the amino acid building blocks for glutathione synthesis. As you know, I am not a big fan of dairy, but this is an exception — with a few warnings. The whey protein MUST be bioactive and made from non-denatured proteins (“denaturing” refers to the breakdown of the normal protein structure).

Choose non-pasteurized and non-industrially produced milk that contains no pesticides, hormones, or antibiotics. Immunocal is a prescription bioactive non-denatured whey protein that is even listed in the Physician’s Desk Reference.

Start slow and build up to 30 minutes a day of vigorous aerobic exercise like walking or jogging, or play various sports. Strength training for 20 minutes 3 times a week is also helpful. One would think it would be easy just to take glutathione as a pill, but the body digests protein — so you wouldn’t get the benefits if you did it this way. However, the production and recycling of glutathione in the body requires many different nutrients and you CAN take these.

Here are the main supplements that need to be taken consistently to boost glutathione. Besides taking a multivitamin and fish oil, supporting my glutathione levels with these supplements is the most important thing I do every day for my personal health.

4. N-acetyl-cysteine. This has been used for years to help treat asthma and lung disease and to treat people with life-threatening liver failure from Tylenol overdose. In fact, I first learned about it in medical school while working in the emergency room. It is even given to prevent kidney damage from dyes used during x-ray studies.

5. Alpha lipoic acid. This is a close second to glutathione in importance in our cells and is involved in energy production, blood sugar control, brain health and detoxification. The body usually makes it, but given all the stresses we are under, we often become depleted.

8. A family of antioxidants including vitamins C and E (in the form of mixed tocopherols), work together to recycle glutathione.

In the Future, Factories Will Manufacture Blood Previous post
The Year of the Mystery -- Drama in the Heavens [Part One] Next post