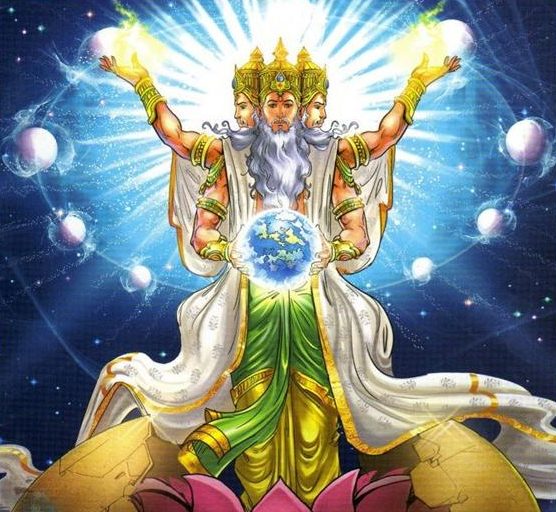 Wresting the Reigns of Expression – Enactation – From Certain Members of the Higher Realms, Over Eons in the Videogame Reality

Wresting the Reigns of Expression – Enactation – from certain members of the Higher Realms, ancestors of the Janus Faces, over Eons in the Videogame Reality of the Multi-Universes of Pain and Suffering

(German) Hidden Intermediate, Inverted Contra Natura Forms of Being, three different forms of Being with different levels of Intermediate Energy Intermediate Density, all ancestors of the Janus Faces, in close proximity to Essence of Purity and Goodness of Being, are at the true origin of the majority of Subversion of Essence (approximately 64%), responsible for consciously seeking 94% of All Suffering and Pain in our Multi-Universes of Suffering and Pain, actively and intelligently seeking modes of Mis-Representation, Sabotage, Subterfuge, Subversion of Life Forms, thereby intentionally Corrupting, Distorting and Supplanting Realities, this after reigning in the Strings of Enactation from Seriously Evil Higher Realms Higher Energy Lower Density groups of Beings with whom they contended for supremacy over time. 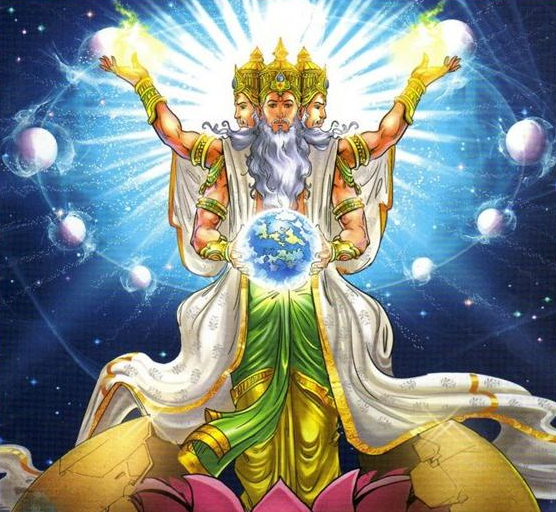 Anteceding the Sentient Being by over 400 millions years, these Intermediate Forms of Beings, the Janus Faces’ ancestors, were a concurrent Form of Being throughout the last five hundred billion years, the Sentient Beings having sought expression through the ever higher density realities with their respective Human Forms, Sumerian, Sirian and Antarian, in this order, amongst others, first through Enactation and then increasingly through guidance courtesy of telepathy.

Living in communalities with implicit respect for self and their group members, but with inherent and innate disrespect for others, their activities, essentially naturally inverting of Essence of Purity and Goodness of Being, the Janus Faces’ ancestors – a minority of the actual Janus Faces as one may recollect having been able to redeem themselves, thank God – were geared to control the human form, avoiding any enhanced expression of any Form of Beings most coherent with Essence, their nature being best described as naturally Self-Serving without thought for Scruple, not to speak of any concern for the Pain and Suffering of others.

God willing, we have been relieved of yet another few unscrupulous nefarious life forms which could not be transformed, for they did not fall into the context of the Highest Good of All, in any life form.

In the meantime, our God of the Universe, the universe wherein Gaia, the Blue Planet, finds itself, now, His Son/Father Enlil, along with His Divine Family, amongst whom the Archangel Anu, the latter incarnate and representing God of the Universe, is LITERALLY purging, cleansing and renewing all expressions of Life and their respective Planets throughout LITERALLY QUINTILLIONS of Universes which are organized into different forms and sizes of Pyramids and sizes of Spheres, the biggest Sphere with around one TRILLION Universes, the average Universe being five times ours in size, which in turn find themselves comprising forms called Chains (one thousand of the biggest Spheres forming one Chain), Chandeliers (11 chains per Chandelier), Mini-Mesas (five Chandeliers per mini-Mesa), Mesas (fifty Chandeliers per mini-Mesa) and Mega-Mesas (one million Mesas), gifting all members of Reality – save Planet Earth which comes close to last for the sake of Balance throughout Reality and because all sights are leveled at the Earthlings by other less fortunate humans who have focused themselves on exercising and wielding Power and Influence throughout their respective existences, essentially through ENACTATION at the behest of unscrupulous and nefarious Higher Energy and Lower Density Beings, albeit participating with their own volition (it is important to keep in mind that the ENTIRE Human Structure has often served these unscrupulous and nefarious Higher Energy and Lower Density Beings much like a good dog breed has served its purpose within its context by serving the breeder and the quail hunter, for instance), willing to sacrifice Gaia, its Universe and its member Beings – with Flora, Fauna and Divine Landscapes, as well as potentially instantly recreating the actual individual Human in a more Divinely Expressive Form, should this be their Being’s wish and those of his/her responsible members, and being gifted by the True Origin of All, the Force of the Universe, with essentially
protective precious Gifts. 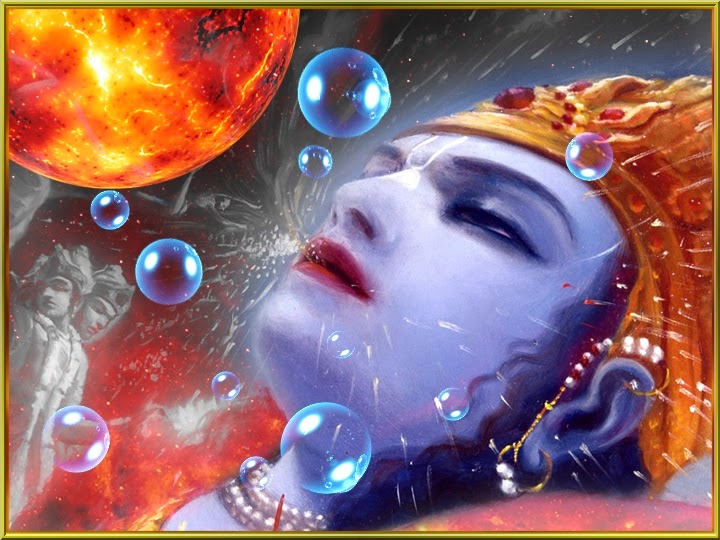 Our difficult passage with God of our Universe has led us past hypersensitive naturally judgmental “Wheezing Light Beings” with relatively rich expression of Being inherently vulnerable and lacking true integrity of Being serving as a sort of Buffer, a disconnect of sorts, from further Realities, the seriously lingering Human Being without any noble organs besides eyes, ears and nose, disconsolingly devoid of the sense of touch and taste, on the one hand and the Snake Being, a naturally power coveting and cultivating Snake Shamanic-ridden Human Being with seriously self-serving, focused and limited intelligence, naturally devoid of empathy, compassion and giving, inherently and intentionally exploiting, on the other hand, having presided over a gigantic swath of disturbing, seriously depressive, languishing, oft morose, sometimes perfectly forlorn Human Reality, most, unsurprisingly, considering the CALAMITY in Expression of Being, without physical HEART and many without Other Physical Organs, dishonest and hypocritical judgmental and naturally self-serving apparent Goodness of Being Beings, an intermediate density relatively volatile and unstable non-human Being, followed immediately by exhausted Seriously Naturally Self-Serving Judgmental Beings of slightly higher density, both of which lacking in True Sincerity of Being, Beings who were inherently naturally false and disturbed in their Essence, followed by, LITERALLY, swaths of Reality, essentially Human and Higher Energy Lower Density Reality, onto True Essence of Integrity of Being perfectly beset, because of inherent Form of Being and the surrounding steep gradient of the Nature of Energy, by INVERSION of Essence, Subversion, Sabotage and Innate but also, increasingly, ENFORCED unreflected Permissiveness of being out of mistaken but Genuine True Goodness of being leading to the concept of ALL must be given “a” chance forevermore to redeem themselves, no matter how heinous, how vile, how pernicious, how internecine, how vicious, how vindictive, how vengeful, how seeking reprisal, how utterly UNSCRUPULOUS, how conspiring, how tortuous, how intriguing, how conniving, how contriving, how scheming, how surreptitious, how undermining and underhanded, how tormented and tormenting, completely and utterly misinformed about Reality, surrounded by TOWERS of Avenues of Mega Mesas of Universes of Beings dedicated to SUBVERSION, SABOTAGE, SUBTERFUGE, MISRERPRESENTATION, SUPPLANTATION of other Realities, DISTORTION of ESSENCE, INHERENTLY AND PREMEDIATINGLY SELF-SERVING standing at the forefront of most, no matter how SUFFERING, mental, emotional and physical, Beings might be, TRUTH and TRUE WORD being LIQUID and EVASIVE in all Beings, followed by perfectly non-descript naturally Feigning Goodness and Judgmental Beings, inherently premeditatingly contriving, implicitly willing to sacrifice all at all times, Beings one has decided to call the Slythering Beings, 0.5% of which were transformed into the human form, the remaining ones having left our presence, unless they find themselves concealed in a basket of Beings to be recovered by those genuinely dedicated to recovering them with relative Selflessness, TRUE INTEGRITY of BEING and TRUE INTELLIGENCE in DIVINE HEART, not IMBECILITY of Being which might further perpetuate and promote TRUE SUFFERING and PAIN, mental, emotional, and physical, of ZILLIONS upon ZILLIONS of Beings, risking reaching a Highest Good of All which actually DEMANDS it for ALL to increasingly reside in the Context of Extended Suffering and Pain.

Essence of Truth followed next on this journey of renewal, finding itself so encumbered by the genuine HUBRIS of Wayward Beings and the subsequent expression that surrounded it, that it was literally stunned by the revelation that it had been seriously thwarted in its endeavours and had seriously constricted itself to only follow through with “its” decisions such that the repercussions were being felt essentially by those with any remaining Integrity of Being…no surprise to anyone living in Higher Density Lower Energy Reality when looking at the daily news.

Sophisticated, intrepid and refined strategies of relatively young Nefarious Higher Energy Lower Density Reality Beings have been at the forefront of generating ever increasing confusion in the drive to continue to ceaselessly play this Videogame Reality towards the objective of ending All senselessly by the year of 2012.

Whilst Gaia has had the privilege of being the Home for over 230 million types of Flora over the past five hundred million years, the Universe blessed and gifted with the greatest number of species of Flora received only around 50,000 species of our Flora, now mostly barren Easter Island, in comparison, once having had approximately 40,000 species.

Gaia, the Epicurean Planet, without regard for the pain and suffering of the victims of the palette’s delight, home of the most complex human being, the human being with most organs, shall soon be embracing a new paradigm, God of the Universe willing, where Truth shall increasingly prevail and Respect for Self, Others and All shall prove paramount, a world and Reality where the food on the table is no longer meat, despite any lingering convictions otherwise, no large fish being truly fish, this for the sake of RESPECT for the true suffering and pain of animals, fish of approximately greater than 14cm, mammals and birds all are faux meat and faux fish, all whilst we await God of the Universe’s formal intervention through His Son, the Archangel Anu and the waning of serious INTERFERNCE by Ruthless and War-Mongering Beings with Real Power over other Beings from different Universes.