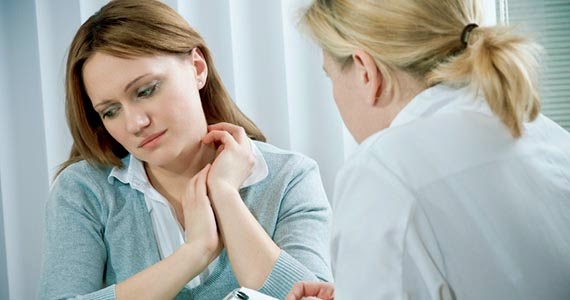 When a health condition persists despite the availability of a simple safe solution for the condition, one needs to be suspicious that powerful entrenched interests are at work preserving their turf.

This seems to be the situation with drug addiction, which joins cancer (chemotherapy, radiation), arteriosclerosis (cardiac bypass surgery, stents), diabetes (diet, sugar, drugs), eclampsia (emergency delivery, drugs for hypertension), HIV (anti-retro viral drugs), and burns (surgery) as solved health problems which persist because the health care providers involved in these conditions do not want to lose their livelihood. 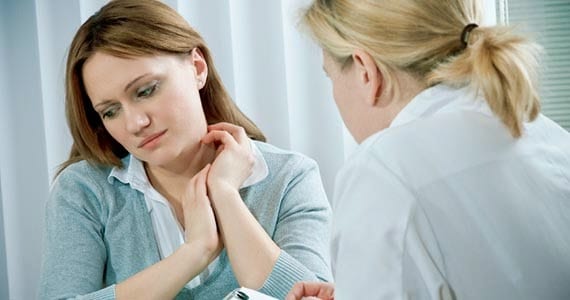 Morphine addiction became a significant problem dating to therapy of injured Civil War soldiers with morphine salts. In 1890 heroin was introduced to the USA. The year 1912 saw the development of legalized opium clinics, hoping to stem rising crime rates and marketing of black market drugs. These clinics closed as a dismal failure in 1924.

Methadone currently is being used to treat drug addiction in the USA. This involves replacing a narcotic with another narcotic (methadone) that does nothing to heal the addiction and often creates more problems than the addicting drug did.

Human beings lack the L-gulonolactone oxidase enzyme (GLO). Lack of this enzyme makes humans unable to synthesize ascorbate from blood glucose. All mammals except primates, guinea pigs, and humans use glucose to create ascorbate when placed in stressful situations.

A daily intake of 10 to 20 grams by an unstressed human is not high. Under stress the need for ascorbate may go up to 30 to 100 grams daily. The continuation of sub-therapeutic doses of vitamin C recommended for 40 years in the USA would barely keep animals alive in poor health. High doses of vitamin C in viral infections have proven amazingly effective.

The low daily level of vitamin C in humans obtained from our foods grown in depleted soil has produced a state of chronic subclinical scurvy (CSS Syndrome). This problem probably affects more than 90% of humans.

Most drug addicts become involved with drugs (marijuana, alcohol, barbiturates, PCP, LSD, heroin) as youth. The addict often gets “high” on weekends, but usually ends up in a daily habit they are unable to escape. The stress of this lifestyle completely depletes the already dangerously low levels of ascorbate in their system.

The therapy for drug addicts involves the following:

• 25 to 85 grams a day of ascorbate in divided doses with initial dosage determined by severity of clinical deterioration.

• Large doses of vitamins, minerals, and predigested proteins are given. After 4 to 6 days, the ascorbate dose is gradually reduced to 10 to 30 grams daily.

• Appetite returns and the patient begins to eat large amounts of nutritious food.

• The universal restless sleep or inability to sleep seen in drug addicts disappears.

• Addicts taking methadone, heroin, and morphine are withdrawn without any symptoms.

• Addicts taking a fix of their usual narcotic experience none of their usual symptoms of a” high” unless their ascorbate dosage is too low. Many addicts decide to remain on heroin during methadone therapy because it enables them to cope with the worse side effects of methadone.

In normal persons, ascorbic acid causes diarrhea in doses above 10 grams. This diarrhea is attributed to an acid fluid irritating the normally alkaline surface of the small intestine. Patients taking sodium and potassium ascorbate avoid this problem.

Humans suffer severe damage from stress unless they are being provided supplemental ascorbate, as their needs may rise to 30 to 100 grams of ascorbate daily. Uncorrected, this metabolic disorder keeps humans in subclinical scurvy their whole lives.

This deficiency of proper amounts of ascorbate and vitamin C produces:

• Pain from terminal cancer,[4] burns, and snakebite[5] is promptly quenched by the analgesic effects of ascorbate therapy. Morphine can be discontinued.

• Compromised immune function occurs in diabetics and persons with high blood sugar values. High blood sugar values cause inability of macrophages and killer lymphocytes to kill cancer cells and bacteria, so malignancies grow unchecked and infections become fatal. The provision of ascorbate decreases the amount of sugar available to raise the blood sugar by creating NADPH, which creates superoxide and reactive oxygen species that kill pathogens. Ascorbic acid also promotes the production of 5 carbon sugars (ribose and deoxyribose) that can be turned into DNA and RNA. When ascorbate is lacking, these new white blood cells needed to fight infection are not built because the DNA and RNA fragments are lacking.

Ghione[6] has shown that 100 mg per kilo of ascorbate injected into rats attenuated and abolished the narcotic effect of morphine. A paper from Thailand showed that after an injection of 15 mg of pentobarbital, the sleeping time of rabbits progressively decreased to no sleep as the dosage of ascorbic acid was increased from 250 mg to one gram injected 5 minutes before the injection of pentobarbital.[7]

The main anti-narcotic effect of Libby and Stone’s drug treatment protocol is provided by sodium ascorbate, which is supplemented by vitamins, minerals, predigested protein, and nutritious food.

Ascorbate has important analgesic effects that have been utilized to relieve patients with terminal cancer of pain, which may be due to bony spread of malignancies and tumor growth into painful sites.

The use of ascorbates not only relieves their pain but also stops rapid progression of cancer, as many cancers have morphine receptor sites on their surfaces.

Morphine suppresses natural killer cell activity (NKCC). When morphine[8] and its derivatives (Fentonyl,[9] codeine, etc.) are used to treat pain, these receptor sites are activated and the cancer grows and spreads more rapidly. In this manner, the ascorbate can help the patient overcome the malignancy by allowing the morphine to be discontinued.

Ascorbate also has great value in relieving the pain of snakebite and burns.

Dr. Klenner stated, “Ascorbic acid can be lifesaving in shock. Twelve grams of the sodium salt given with a 50 cc syringe will reverse shock in minutes. In barbiturate poisoning and carbon monoxide poisoning, the results are so dramatic that it borders on malpractice to deny this therapy.”

The possibility exists that the delay in “coming out of anesthesia” following surgery could be expedited by a massive intravenous injection of sodium ascorbate (30 to 50 grams) at the end of operations.

This might allow the patient to wake up before leaving the recovery room, as suggested by Drs. Libby and Stone. Quick regaining of conciousness could speed up healing and prevent shock.

In schizophrenia, large doses of ascorbate and niacin are routinely used. The brain receptor sites in schizophrenic patients may be saturated with hallucinogenic metabolites of adrenaline from stress.

Oxides of the adrenaline released in stressful events produce excessive quantities of adrenochrome. Adrenochrome has the capability to produce paranoia and hallucinations both of which are seen in schizophrenia.

This suggests that brain receptor sites in schizophrenic patients may be filled with hallucinogenic substances responsible for paranoia and visual aberrations. With adequate ascorbate therapy, these substances become removed from the receptor sites by displacement of the toxins by ascorbate thus causing patient improvement.

Allergic substances in water and air as well as foods, by releasing adrenaline, can also contribute to producing symptoms. All measures that decrease allergic actions will prove helpful including high dosage of ascorbate. Hypoglycemic reactions also cause release of adrenaline, which can be stopped by dietary changes that emphasize low glycemic foods.

Case 1: A 23 year old who had used drugs for 10 years had failed several hospital conversions to methadone therapy. In three days his mind was clear and he stated, “I don’t want to go stealing anymore.” He remains on 10 grams of ascorbate daily, has been drug free for 3 months, and is gainfully employed for the first time in his life.

He was so skeptical of the new ascorbate therapy he injected more than $300 of heroin, which produced no high. When last seen before moving to another state, he had been drug free for 3 months, was feeling well, and had a good attitude.

Case 3: This 35 year old male had been on drugs for 23 years, with the last seven while taking methadone. He had severe constipation from methadone and was having bowel movements every three weeks that were so hard and painful to pass, he fainted or blacked out from the pain.

His mental attitude became excellent after ascorbate therapy and he was having normal bowel movements. His therapy with 10 grams of ascorbate daily was continued.

Thirty out of thirty drug addicts were successfully treated with large doses of ascorbate, predigested protein, and supplements of vitamins, minerals and nutrients.

Drug overdosage is a common cause of death in the drug-addicted populace. The quality of street-obtained narcotics varies markedly and is a prime contributor, along with the tendency of addicts to mix multiple drugs, leading to overdosage problems.

Case Report: A 16 year old son who took angel dust (PCP) was brought in by his mother incoherent and out of touch with reality. He was given 30 grams of ascorbate in milk. Within 45 minutes he could hold a normal conversation.

Drug addiction clearly plays a big role in crime and incarceration in the USA. Important persons and organizations are becoming incredibly rich because of their participation in the enormous profits of drug trafficking. This wealth would be lost if ascorbate therapy converted addicts into ordinary citizens, so it will not occur.

No prominent US citizens have ever served jail time for leading important branches of the narcotic business, and it is very unlikely any will ever be caught or imprisoned. There were strong rumors that the profits from drug sales in the USA helped finance the war against the Sandinistas in Nicaragua.

Few US citizens are aware that the Plunge Protection Team has the authority and capital of the U.S. treasury available to protect the US stock market from collapse by intervening to support the market on bad market collapse days by having cooperating stock brokerage firms purchasing the indices of 500 stocks.

This same Team has the authority to continually drive down the price of gold and silver by selling futures contracts so that the paper money scam can be prolonged as long as possible.

There are no accidents as wars, genocides, famine, newly created diseases (SARS, Lyme, HIV, chronic fatigue syndrome, fibromyalgia, etc.), and economic collapses plague the world. In their secret meetings, plans are laid to bring about the programs that will serve these elite leaders.

The programs of these elite leaders of the New World Order are strongly oriented toward lowering the world population by 90% and bringing about a world community that has a few wealthy elites and masses of serfs to carry out their work.

In this setting of attempting to decrease the world population, it is easy to see why no changes to heal drug addicts are going to be made.

We have lost two of our most courageous and intelligent presidents to the international bankers. President Lincoln refused to borrow from the Rothschild banks in Europe to finance the Civil War.

John Wilkes Booth was an agent of this bank. President Kennedy’s private papers disclosed that he made the correct decisions to eliminate the Federal Reserve System of private banks receiving interest income from the constantly growing debt of the U.S. government and to eliminate the CIA.

These correct decisions probably cost him his life.

In simple terms, there is a gigantic conflict between good and evil, death and life, truth and lies. Fortunately, the Bible in the book of Revelation lays out in clear fashion the fate of the evil world leaders and plans for the Saints that are faithfully serving Our Lord and Savior, which will surely come about in God’s timing.

About author: Dr. James Howenstine’s second edition of A Physicians Guide To Natural Health Products That Work (841 pages) has gone to press. You can contact Dr. Howenstine at [email protected].