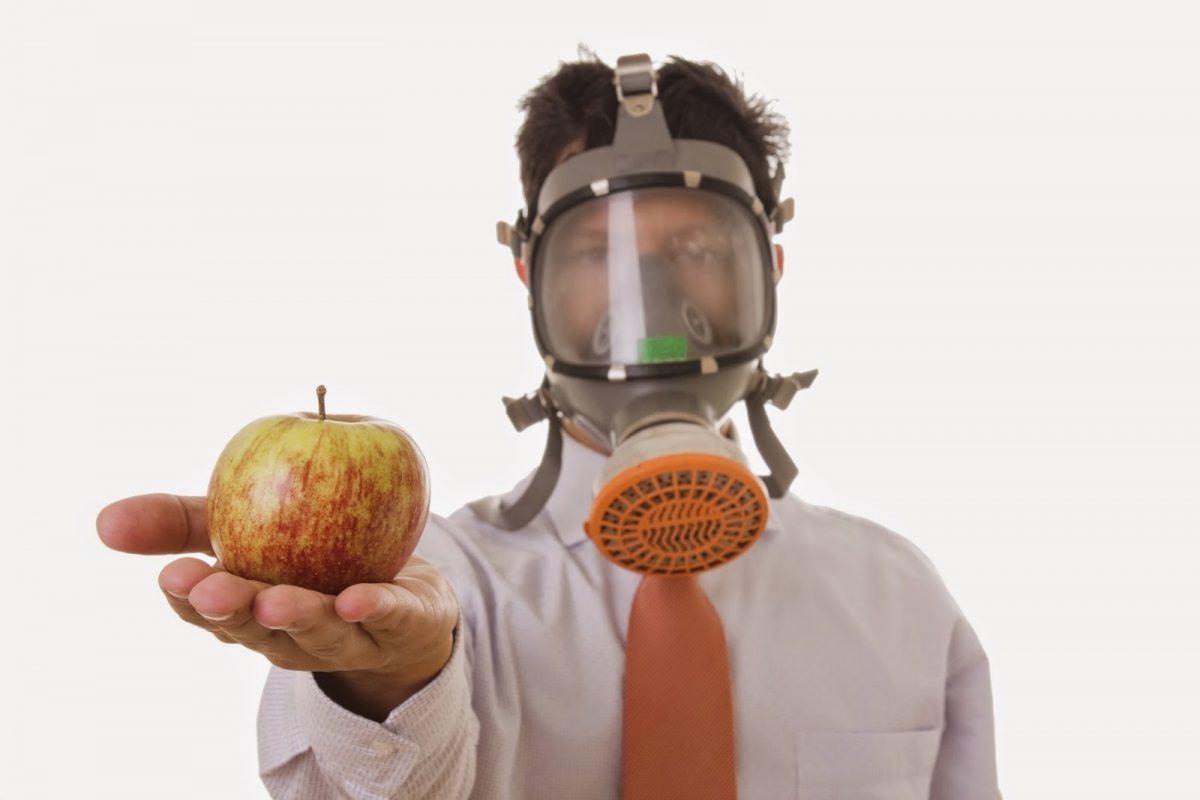 10 Ways Pesticides Are Destroying Your Body

Pesticides are designed to kill, although the mode of action they use to put the stranglehold on pests varies.

Whether it’s nerve gas–like neurological disruption, the unbalancing of key hormones, or the stunting of a plant’s ability to absorb life-sustaining trace minerals from the soil, none of the chemical interventions seems all that appetizing, especially considering that chemical residues routinely wind up on and even inside of the food we eat everyday.

Pesticides are also blamed for diminishing mineral levels in foods. Agrochemical supporters tend to fall back on a “the dose makes the poison” theory, assuming that small exposures aren’t harmful. 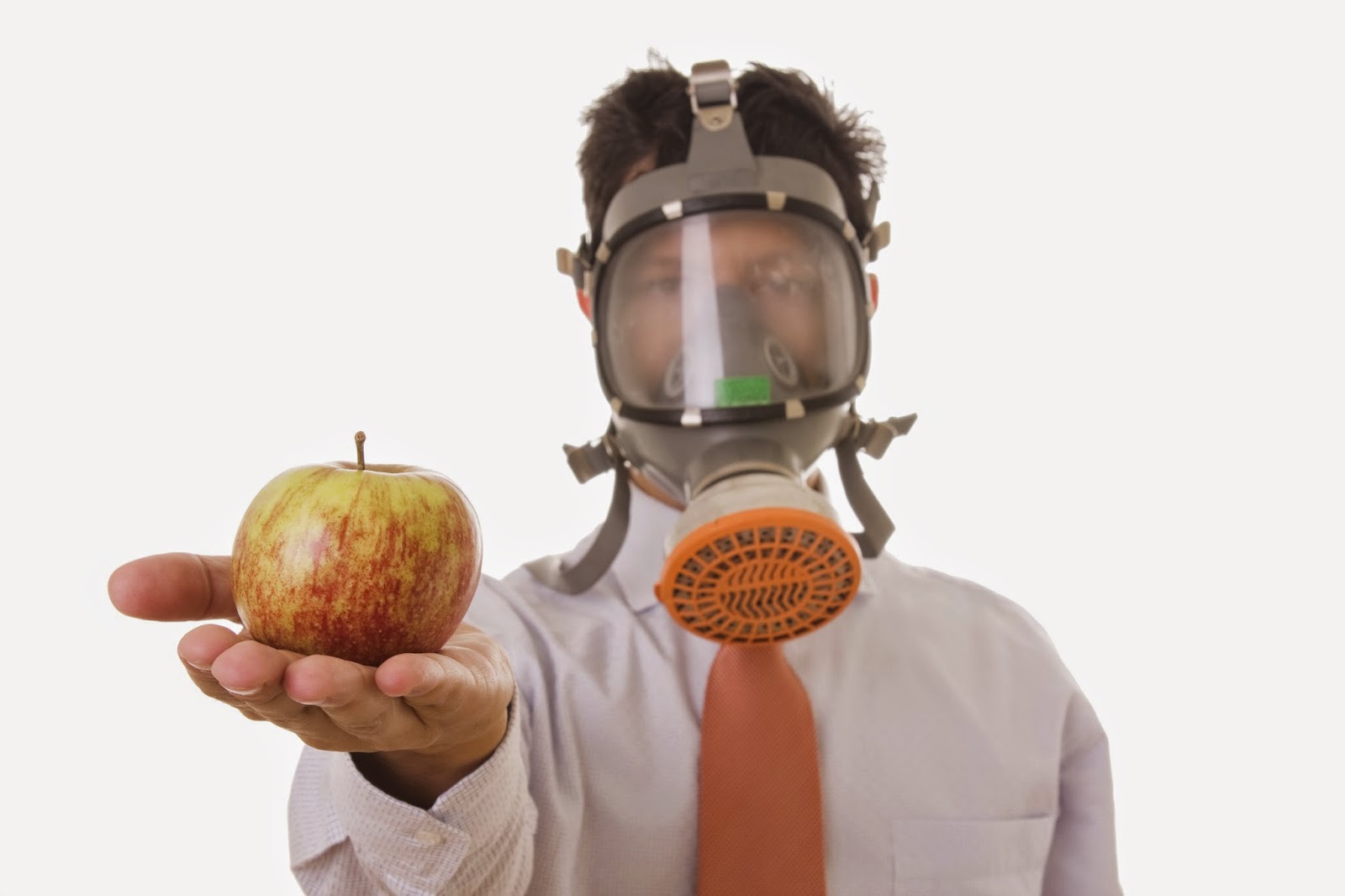 Increasingly, though, independent scientists are debunking that belief, even proving that incredibly tiny doses could set a person up for health problems later in life. Luckily, eating organic, less processed foods can cut back on your pesticide exposure.

In one of the strangest links to pesticides to date, researchers from Albert Einstein College of Medicine at Montefiore Medical Center in New York City found an association between food allergies and the levels of a pesticide breakdown product in urine.

People with high levels of dichlorophenol, a breakdown product of the herbicide 2,4-D and of chlorine used to disinfect tap water, were more likely to suffer allergies to milk, eggs, seafood, and peanuts.

It’s not clear what could be happening, says Elina Jerschow, MD, MSc, lead author of the study, but she says it may have something to do with the “hygiene hypothesis.” Dichlorophenol acts like an antimicrobial and could interfere with healthy bacterial levels in the gut, which, in turn, could upset the body’s natural immune reactions to certain allergens in food.

Prevent it: Go GMO free. The USDA is about to approve a genetically modified (GMO) corn resistant to 2,4-D, one of the main sources of dichlorophenol in our food supply.

If approved, the nonprofit Center for Food Safety estimates that the use of 2,4-D would quadruple, exposing millions more people to potentially food-allergy-inducing pesticide by-products. Buy certified-organic foods and download the True Food Shoppers Guide to avoid nonorganic foods that might contain GMOs.

Another review from University College London recently concluded that low levels of pesticides, such as those considered safe for farmworkers who are exposed on a daily basis, cause significant damage to cognitive function — your memory, the speed at which you process information, and your ability to plan for the long term.

The review used data from 14 different studies and looked at organophosphate pesticides, which are some of the most harmful chemicals used in agriculture.

Prevent it: Opt for organic produce. Not only will you be avoiding memory-killing pesticides, but also eating a diet rich in fresh fruits and vegetables will ward off memory loss, according to a study in the American Journal of Epidemiology.

Scientists have been noticing a link between pesticides and diabetes for years. The latest evidence comes out of the Endocrine Society’s 94th Annual Meeting, where Robert Sargis, MD, PhD, released the results of a study that suggest tolyfluanid, a fungicide used on farm crops, creates insulin resistance in fat cells.

A 2011 study published in Diabetes Care found that overweight people with higher levels of organochlorine pesticides in their bodies also faced a higher risk of developing type 2 diabetes.

Prevent it: To save money on organic fare raised without pesticides, cook with organic dried beans. In the home, avoid using chemical air fresheners and artificially scented products — these things are also blamed for inducing type 2 diabetes.

Prevent it: The President’s Cancer Panel suggests eating organic and avoiding plastic to lower your risk of environmentally triggered cancers.

How do you get autism? The world’s leading autism researchers believe the condition develops from a mix of genes and the pollutants encountered in the mother’s womb and early in life.

Many insecticides effectively kill bugs by throwing off normal neurological functioning. That same thing appears to be happening in some children. A 2010 Harvard study found that children with organophosphate pesticide breakdown materials in their urine were far more likely to live with ADHD than kids without the trace pesticide residues.

Prevent it: Switching to an organic diet rapidly eliminates pesticide residues in the body.

Some agrochemical pesticides act as hormone disruptors, meaning they act like a fake version of a naturally occurring hormone in your body, they block important hormone communication pathways in the body, or they interfere with your body’s ability to regulate the healthy release of hormones.

More than 50 pesticides are classified as hormone disruptors, and some of them promote metabolic syndrome and obesity as they accumulate in your cells, according to 2012 study appearing in Environmental Health Perspectives.

Prevent it: Food isn’t the only place where these obesogenic chemicals could be lurking. Avoid canned foods and other foods packaged in plastic. Studies have shown that chemicals, such as BPA and phthalates, in food packaging could play a role in obesity as well.

More than 60 studies show a connection between pesticides and the neurological disease Parkinson’s, a condition characterized by uncontrolled trembling.

The association is strongest for weed- and bug-killing chemical exposures over a long period of time, meaning it’s important to keep these toxic compounds out of your household routine.

Prevent it: Don’t turn to chemical interventions to kill bugs in your home or garden. Instead, use natural pest control measures.

Pesticides spell trouble in the baby-making department, thanks to their bad habit of not staying put. For instance, atrazine, a common chemical weed killer used heavily in the Midwest, on Southern sugar cane farms, and on golf courses, has been detected in tap water.

Doctors and scientists point to published evidence tying atrazine to increased miscarriage and infertility rates. Other pesticides cause a plunge in male testosterone levels.

Prevent it: Avoid the worst produce, the kinds most likely to be laced with toxic pesticides. Instead, choose organic grapes, strawberries, and imported plums.

Babies conceived during the spring and summer months — a time of year when pesticide use is in full swing — face the highest risk of birth defects.

During these months, higher pesticide levels turn up in surface waters, increasing a mother’s risk of exposure. Spina bifida, cleft lip, clubfoot, and Down syndrome rates are higher when moms become pregnant during high season for pesticides.

Prevent it: To protect yourself, use a water filter that is certified by NSF International to meet American National Standards Institute Standard 53 for VOC (volatile organic compound) reduction. This will significantly reduce levels of atrazine and other pesticides in your tap water.

A recent study published in the journal JAMA Neurology found a link between pesticides and alzheimer’s.

Researchers specifically found that higher levels of the breakdown product of the nasty insecticide DDT (DDE) in the blood of people seemed to fuel the disease. People with higher levels in their bodies were more likely to be diagnosed with Alzheimer’s compared to older people with lower levels.

This research by no means uncovered a definitive cause of Alzheimer’s, but it’s a groundbreaking study that could inspire more research into the possible environmental factors — specifically chemical pesticides — that trigger Alzheimer’s, a brain disease that currently affects about 5 million people in the United States.

If the findings pan out through further research, it could mean that testing for DDE levels in the body could lead to earlier diagnosis, which has been shown to help ease symptoms of Alzheimer’s.