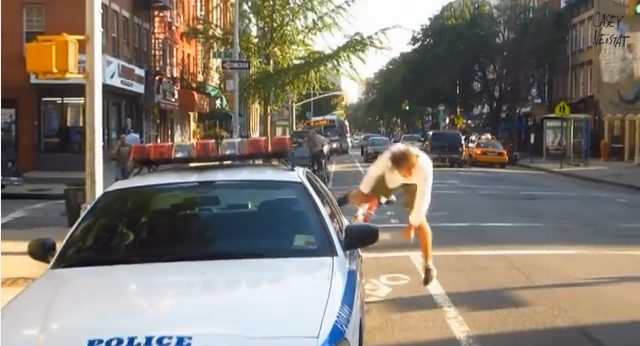 Bicylist Makes His Point After Receiving a Ticket

If you are a bicyclist, you’ve probably got a ticket at some point in your life for riding outside of the bicycle lane.

Even though sometimes there are obstructions in the bike lane, most cops seem not to care and fine those who leave the lane to avoid collisions.

This is the exact case of the guy in the following video. He explained to the cop that he had a valid reasons not to be in the bicycle lane, but he still received a $50 ticket.

“I can’t believe you are busting my balls,” the guy says. “I am doing the world a favor for riding my bike. It’s pouring rain out here.”

Right in front of the cop, vehicles are parked on the bus lane:

“Look at this guy double parked right here, in a bus lane, and you’re not giving him a ticket,” the guy explains.

His protests were not taken into account by the cop, who could have at least give him a warning. 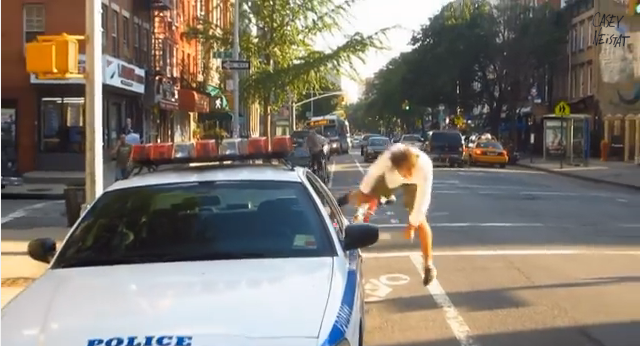 So he made a video proving his point, and showing the absurdity of a law that does not adapt to the circumstances of a busy city:

After smashing his ride in a police car parked on the bicycle lane, the video ends with this message:

This Weed is One of the Most Useful Medicinal Plants on the Planet Previous post
Scientists Have Created New Life, With 'Alien' DNA Next post