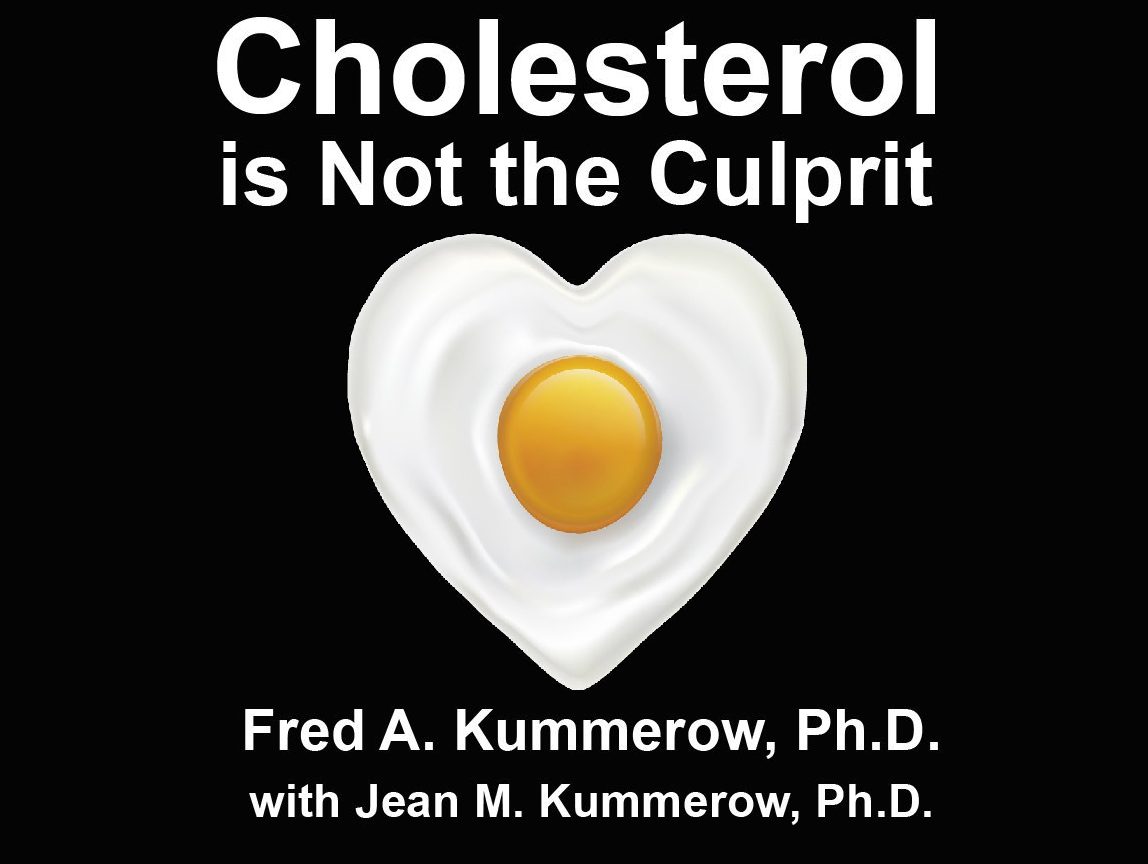 Cholesterol Has Redeemed Itself: It’s Actually Good For Your Health

Heart disease is one of the leading causes of death, and cholesterol is frequently given the blame. But is it justified?

Over the past 60 years, research has repeatedly demonstrated that there’s NO correlation between high cholesterol and plaque formation that leads to heart disease. Despite that, the saturated fat/cholesterol myth has persisted.

After researching the science of lipids, cholesterol, heart disease, and nutrition for nearly eight decades, Dr. Fred Kummerow — now nearly 100 years old — has a thing or two to say about the matter. In fact, he was the first researcher to identify which fat really causes the clogged arteries conventionally blamed on saturated fats. 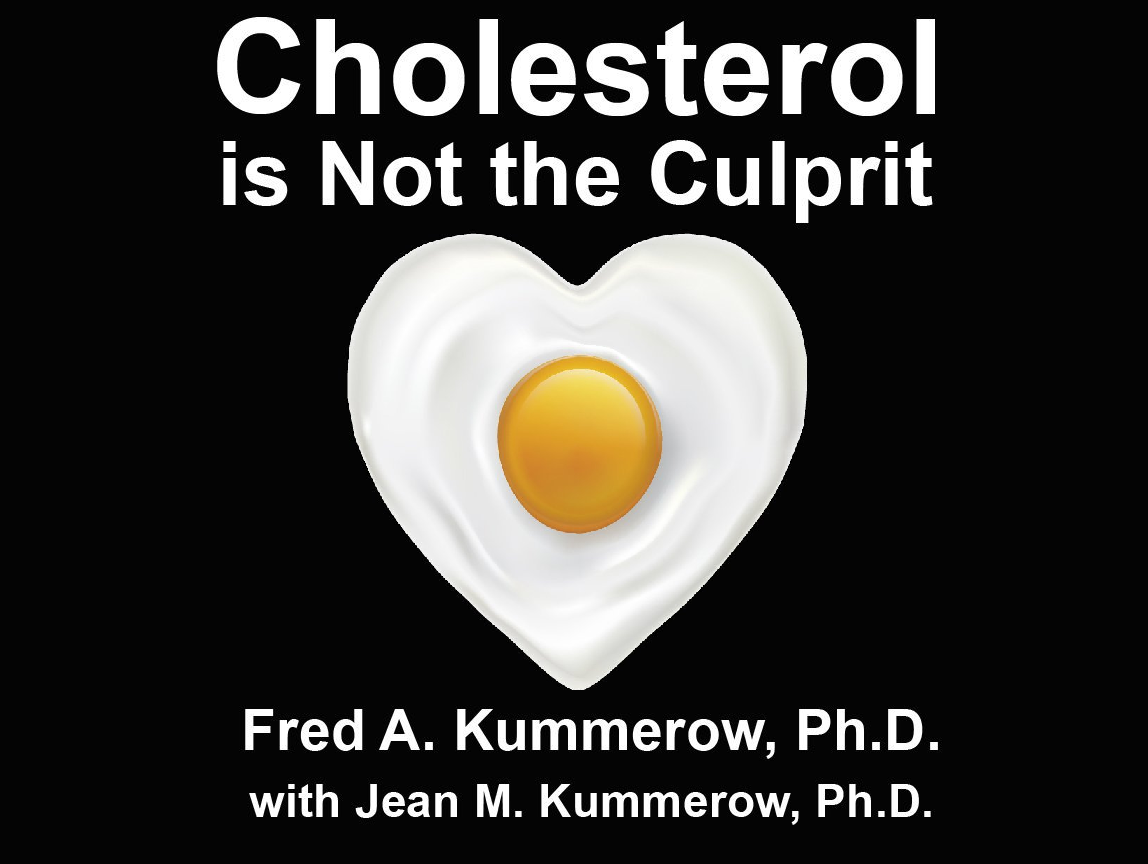 Since the late ’70s, he’s also studied the imbalance of nutrients in the American diet that lead to obesity. His new book, Cholesterol Is Not the Culprit, focuses on the basic chemistry of food, how your body works, and how food fits into the equation.

Dr. Kummerow’s work shows that it’s not cholesterol that causes heart disease — it’s quite safe to eat eggs, for example — rather it’s the trans fats that are to blame. He was one of the first to make this association, and the first to publish a scientific article on it, all the way back in 1957.

“That was the first article that showed that trans fatty acids, which are present in hydrogenated fats, caused heart disease,” he says.

Why FDA Finally Took a Stand Against Trans Fats

Consumption of trans fat, which for decades was touted as a healthier alternative to saturated animal fat, radically increased in the mid-1950s.

And according to Dr. Kummerow, rates of sudden death from heart disease have faithfully risen right along with trans fat consumption. Fortunately, the science showing trans fats to be FAR more harmful than saturated fat is finally starting to get the recognition it deserves.

Not surprisingly, considering his long history in this field, Dr. Kummerow may have played an instrumental role in getting the US Food and Drug Administration (FDA) to finally address this health hazard. In 2009, Dr. Kummerow filed a citizen petition with the FDA calling for a ban on synthetic trans fats. In the petition, he noted that:

“Trans fat leads to the reduction of prostacyclin that is needed to prevent blood clots in the arteries. A blood clot in any of the coronary arteries can result in sudden death.”

The FDA is required to respond to such petitions within 180 days, but nearly four years later, it still had not responded. So, last year he filed a lawsuit against the agency. [1] Interestingly enough, it wasn’t long thereafter that the FDA announced it was considering removing partially hydrogenated oils — the primary source of trans fats — from the list of “generally recognized as safe” (GRAS) ingredients.

The agency gave the industry a total of 120 days to comment on the proposal. The FDA noted that there are 30,000 items in the American diet that contain trans fats. That should give you an indication of just how prevalent these dangerous fats are!

Basically, if you eat processed foods, you’re likely eating trans fats. Many products that claim to be “zero trans fat” simply have portion sizes that are so ridiculously small that the trans fat falls below the permissible limits.

Structurally, trans fats are synthetic fatty acids. Fourteen of them are produced during the hydrogenation process. (They are not present in either animal or vegetable fats.) As explained by Dr. Kummerow, trans fats prevent the synthesis of prostacyclin, [2] which is necessary to keep your blood flowing.

When your arteries cannot produce prostacyclin, blood clots form, and you may succumb to sudden death. Avoiding trans fat is therefore imperative for cardiovascular health. Vaccenic acid, found in cow’s milk, while a naturally-occurring trans fat, has an entirely different composition and does not cause the adverse health effects associated with hydrogenated oils.

“It’s a matter of complex chemistry that makes a difference,” Dr. Kummerow says. “The Food and Drug Administration has for years confused those two fatty acids. One causes no problem; the other one does.”

Trans Fat and Oxidized Cholesterol Are Responsible for Heart Disease

Dr. Kummerow recently published a paper [3] showing that there are two lipids (fats) in our diet responsible for the formation of heart disease. The first is trans fat found in partially hydrogenated oil.

“You have prostacyclin that keeps your blood flowing, and thromboxane that clots your blood. You have to be very careful about the ratio, the amount of each in the blood. That’s the simple explanation [for what causes heart disease],” Dr. Kummerow says.

“In 2011, 325,000 people died from sudden death… and we’re going to keep on seeing people die of sudden death [unless trans fats are removed entirely from the diet].

“In 1958, I showed that if I fed a rat trans fat and then took it out of the diet, in a month, the trans fat is… metabolized out. There’s no more trans fat in the body.

“If today the FDA decided that no more trans fat should be in the diet, next month, people who have been eating this fat will have lost the trans fat. It would have been metabolized. There would be – next year and the year after – less death from sudden deaths.”

Avoiding Processed Food Is the Easiest Way to Protect Your Heart

The fact that your body can eliminate trans fats in about a month is encouraging. The tragic reality, of course, is that 95 percent of the food that most Americans eat is processed—and processed food is where all this trans fat lies.

The key message here is that you don’t have to wait for the FDA to make a ruling on trans fat. You can avoid trans fats by eliminating all processed foods, which would also include most restaurant food.

If you can eliminate that from your diet, and replace it with fresh, locally grown vegetables, healthy fats, and animal proteins in appropriate amounts, you’re far less likely to end up with heart disease.

Balancing your omega-3 to omega-6 ratio is also key for heart health, as these fatty acids help build the cells in your arteries that make the prostacyclin that keeps your blood flowing smoothly.

Omega-3 deficiency can cause or contribute to very serious health problems, both mental and physical, and may be a significant underlying factor of up to 96,000 premature deaths each year.

For more information about omega-3s and the best sources of this fat, please review this previous article. Besides animal-based omega-3 fats, other sources of healthful fats to add to your diet include:

How to Avoid Arterial Calcification

You also need the appropriate ratios of calcium, magnesium, sodium, and potassium, and all of these are generally abundant in a whole food diet. The following tidbit will give you an idea of how these nutrients come into play:

by analyzing the composition of veins, Dr. Kummerow showed that people undergoing a heart bypass typically have 40 to 60 percent of something called sphingomyelin in their arteries.

Sphingomyelin is a part of five phospholipids that surround the arterial cell to protect it. The amount of sphingomyelin changes over time, and is largely dependent on your diet. Oxidized fats promote the creation of sphingomyelin.

“When half the artery was now sphingomyelin, the salt in the blood causes it to have a negative charge; the calcium in the arteries has a positive charge. The calcium then adheres to the wall of the artery and gradually causes the coronary artery to become calcified,” he explains.

“It’s well-known now that calcification is involved in [heart disease], to the point where the blood can no longer flow through that coronary artery. The heart doesn’t get the blood supply it needs, and it begins to ache. Of course, then you go to a physician, and get saved through a coronary bypass operation. There are 300,000 of them now a year in this country. So, it’s important to keep your artery free of calcification. You can do that by not eating oxidized fats. That’s what causes that.

Dr. Kummerow was largely responsible for finding the association of pellagra and niacin deficiency, and the first researcher to identify the fact that trans fat was a major cause of heart disease.

As he nears the age of 100, he’s still working; still researching, and his brain is as sharp as ever. If nothing else, he’s a true testament to what “right living” can do for you!

“I can tell you what I think: you have to have a healthy diet,” he says. “You have to exercise every day. I used to go swimming at noon, have my lunch along, and eat it in my laboratory. I always went swimming at least a half hour. I bicycled, too. I bicycled to work from my house, which was a mile away from my lab, every day.”

Vitamins K2 and D are also important players. Some researchers, like Dr. Stephanie Seneff, believe optimizing your vitamin D levels through regular sun exposure, opposed to taking an oral supplement, may be key to optimizing your heart health.

Dr. Kummerow notes there is research showing that excessive amounts of vitamin D through supplementation actually promotes arterial calcification. But it’s important to distinguish between vitamin D created by your body in response to sun exposure, and vitamin D taken in pill form.

I personally have not taken oral vitamin D in over four years. I get all of my vitamin D from exposure to the sun. The benefit of doing it this way is that your body has a built-in biofeedback mechanism that regulates the amounts of vitamin D that is made. This ensures you’ll have just the right amount your body needs.

Now, when you take oral vitamin D, you increase your need for vitamin K2. The biological role of vitamin K2 is to help move calcium into the proper areas in your body, such as your bones and teeth.

It also helps remove calcium from areas where it shouldn’t be, such as in your arteries and soft tissues. Symptoms of vitamin D toxicity are actually produced by vitamin K2 deficiency, including the inappropriate calcification that can lead to hardening of your arteries.

While not discussed in this interview, I want to remind you that sugar is another primary dietary culprit in the development of heart disease. To protect your heart health, you need to address your insulin and leptin resistance, which is the result of eating a diet too high in sugars and grains. To safely and effectively reverse insulin and leptin resistance, thereby lowering your heart disease risk, you need to:

While there are dozens of books on cholesterol out there, Cholesterol Is Not the Culprit was written by the person who first figured out the true foundational causes of heart disease, namely trans fat, and oxidized cholesterol from fried foods (fats damaged by heating). And he did it 57 years ago!


If you have any interest in learning more about the ins and outs of cholesterol, I strongly encourage you to get Dr. Kummerow’s book. It’s available on Amazon, and is a really great read.

You Can Lower the Risk of Death by 20% With Nothing But Tree Nuts Previous post
Analysing the Bible: Who Were the Fallen Angels? Next post