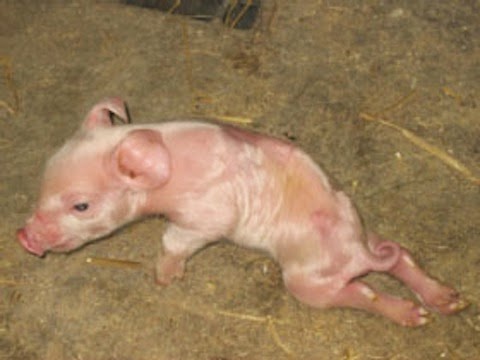 When Danish pig farmer Ib Pedersen first noticed the sudden uptick in disease, deformities and death among his farrow, his immediate reaction was to investigate the diet of his pigs to look for possible causes.

And what he found confirms what a growing body of evidence also suggests: that genetically modified organisms (GMOs) in conventional animal feed are increasingly responsible for triggering birth defects, deformities, spontaneous abortions and other growth and development abnormalities in both pigs and cattle.

With 13,000 pigs on his farm, Pedersen knows the ins and outs of how to properly raise swine, as well as what is considered normal in terms of pig health. This is why he grew particularly alarmed when many more of them than usual began to come down with strange illnesses. 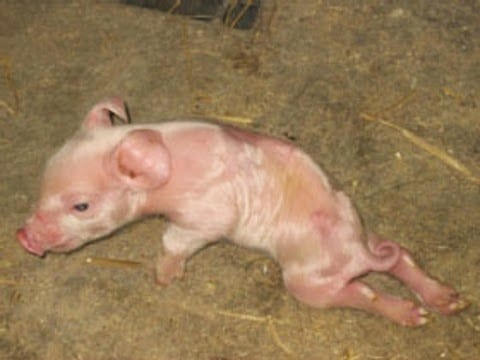 Besides noticeably lower birthrates, Pedersen observed more of his pigs than normal being born with strange defects like spinal deformities and limb problems, and many more pigs than usual were dying.

“When using GM feed I saw symptoms of bloat, stomach ulcers, high rates of diarrhea, pigs born with deformities,” explained Pedersen to The Ecologist’s Andrew Wasley, who recently conducted an in-depth investigation into the link between GMOs and animal health problems. “But when I switched [to non-GM feed] these problems went away, some within a matter of days.”

Pedersen’s case is hardly an isolated one, as animal farmers all over the world are now reporting more illness and death associated with the use of GM animal feed, problems that typically go away when GM feed is replaced with non-GM feed.

Monsanto’s Roundup Ready soybeans are especially problematic, as they are doused with the toxic herbicide glyphosate, which numerous studies have linked to causing birth defects, endocrine disruption and other problems.

“Farmers who have worked to exclude GM ingredients from their feed report dramatic improvements in herd health,” says Claire Robinson from the group GM Watch. “Farmers should be worried and should not settle for what some scientists are calling a ‘new norm’ of increased rates of malformations, deaths and digestive and reproductive problems, as GM feed becomes more common.”

Those like Pedersen who have made the switch to non-GM feed say it has actually saved them money in the long run. Not only are there fewer animal health issues that require treatment when using non-GM feed, they say, but transgenic corn and soy also hampers productivity.

“In my experience, farmers have found increased production costs and escalating antibiotic use when feeding GM crops,” says Howard Vlieger, an Iowa-based farmer who helped coordinate an independent study comparing the health of pigs fed GM feed to those fed non-GM feed

The findings of Vlieger’s study corroborate what Pedersen observed on his farm.

Finding affordable, non-GM feed, however, is an entirely different story. The unfortunate reality is that even in places like Europe where GMOs are widely rejected by the public, and where GMO labeling is mandatory, non-GM animal feed is getting harder and harder to come by.

And this, of course, is due to the fact that corporations like Monsanto dominate the seed stocks used by staple crop growers throughout North and South America.

“It’s a nightmare trying to source non GM feed,” stated one U.K.-based supermarket source to The Ecologist. “The reality is that trying to source it on the scale needed [by large retailers] is very difficult. The feed companies own the boats, the mills, they control the supply chain.”

The Hippocrates Hypocrisy of the Western Medicine Previous post
Monsanto's Darkest Secret: Roundup's Effect on the Fetus Next post