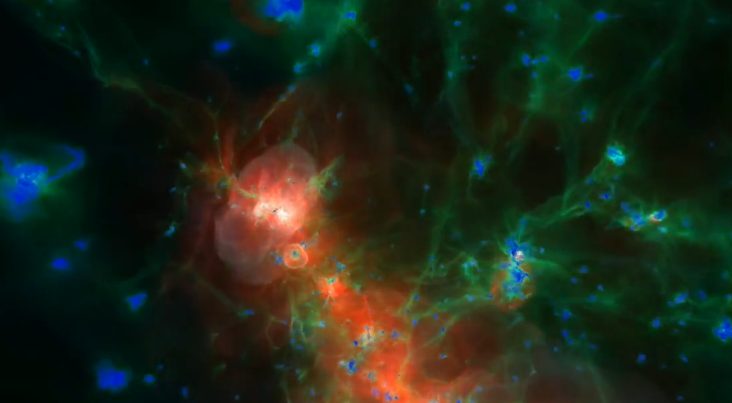 Scientists Built a Very Accurate Model of Our Universe

For the first time, scientists have simulated the evolution of the universe on a computer and have got such accurate results.

The digital universe seems indistinguishable from the real one. The computer model will help test theories about how the universe works and what it consists of.

A group of scientists from around the world, led by Mark Vogelsberger of MIT, used a supercomputer to create the most complete visual model of the evolution of the universe, which shows how the first galaxies were formed around the lumps of the mysterious substance – dark matter. 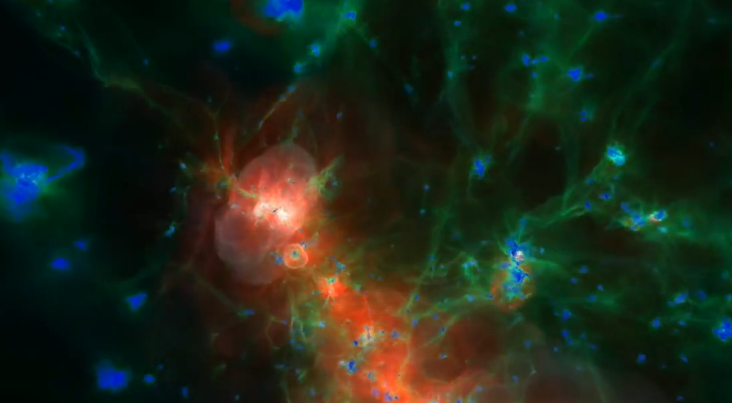 The new model of the evolution of the universe can be used in testing a number of theories about what actually the universe is and how it is arranged. According to Professor Richard Ellis from the California Institute of Technology (Caltech), the proposed model is simply amazing.

“Now we can begin to understand how stars and galaxies arise, and how they interact with dark matter,” he said.

Professor Carlos Frenk from Durham University in England, on whose theories the new model for the evolution of the universe was based, admitted that he is satisfied with the results and is glad that computer simulations based on the theory that the universe emerged from the dark matter proved so successful.

The authors used the enormous computing power to create the model, in particular, the latest supercomputers and Arepo software, which made it possible to cope with the task in just three months.

Note that it would take about two thousand years to run the program on an ordinary laptop and wait for its results… First, the model shows the web of dark matter (the so-called “cosmic web”), which extends into the void of the universe.

Millions of years later, it forms clusters which subsequently serve as starting materials for the first galaxies. Then there is the ordinary matter from which the stars, planets and life itself will arise over time. When the first galaxies appear, they have new born suns and supermassive black holes at their centers.

The space between the galaxies is filled with tenuous gas. At that time, the only present elements are hydrogen and helium. In the end, the model of the universe seems similar to the present one.

Study leader Dr. Mark Vogelsberger notes that the computer simulation confirms many of the modern theories of cosmology:

“Many galaxies appearing in this model are very similar to galaxies in the real universe, which suggests that our basic understanding of how the universe works is correct. If the dark matter was excluded from the computer simulation, the result would not be similar to the real universe.”

This computer simulation is the first to demonstrate the emergence of visible matter from the dark matter. It will also help determine how the “dark energy”, which makes the Universe expand, works.