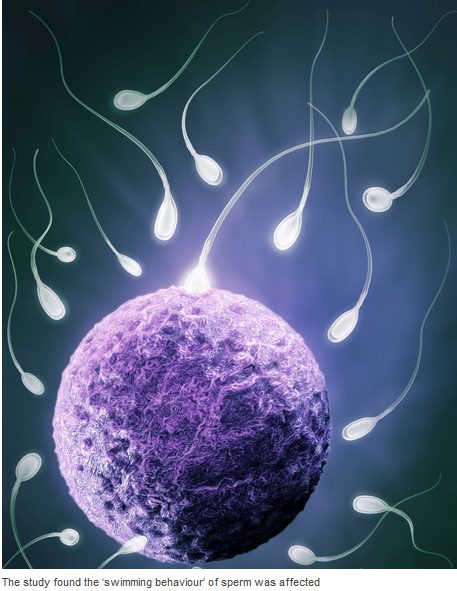 Scientists: Chemicals in Household Products Are Responsible For Male Infertility

Chemicals in common household products such as toothpaste, soap and plastic toys have a direct impact on human sperm which could help explain rising levels of male infertility, scientists have found.

One in three “non-toxic” chemicals used in the manufacture of everyday items significantly affected the potency of sperm cells, which may account for the high incidence of unexplained infertility in the human population, the researchers said.

It is the first time that a study has found a direct effect of the many ubiquitous man‑made chemicals in the environment on a vital function of human sperm. The findings will raise further concerns about the hidden toxicity of chemicals deemed safe by toxicology tests. 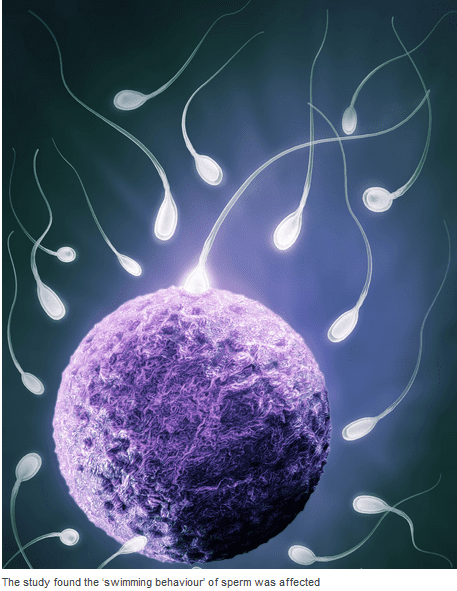 But the researchers believe they have developed a new way of testing the impact of household chemicals on human sperm which will allow regulatory authorities in Europe to decide whether to ban or impose restrictions on their use in certain products.

The study was part of wider research into so-called “endocrine‑disrupting” chemicals that for several years have been linked with declining sperm counts and widespread male infertility.

In some cases, these chemicals are thought to mimic female sex hormones – oestrogens – and in other cases act as anti-androgens, the male sex hormones, thereby interfering with the male reproductive system.

However, the scientists found that one in three common household chemicals found in products such as sun screens, detergents and plastics directly sabotaged the human sperm’s swimming behaviour and caused them to prematurely release the critical enzymes needed to penetrate and fertilise the egg cell – which would render the sperm infertile.

They also found that the concentrations needed to trigger these adverse reactions were similar to the very low levels commonly found within the human body. In addition, they showed for the first time that there was a “cocktail effect”, when a number of chemicals worked together to amplify their individual effects.

“For the first time, we have shown a direct link between exposure to endocrine-disrupting chemicals from industrial products and adverse effects on human sperm function,” Professor Niels Skakkebaek, of Copenhagen University Hospital in Denmark, said.

“In my opinion, our findings are clearly of concern as some endocrine-disrupting chemicals are possibly more dangerous than previously thought. However, it remains to be seen from forthcoming clinical studies whether our findings may explain reduced couple fertility which is very common in modern societies,” Professor Skakkebaek told The Independent.

Some years later, scientists found that some common chemicals have an “oestrogenic” or “antiandrogenic” effect on the male reproductive system, which could be particularly important in the development of male foetuses in the womb during the critical first six months when the reproductive tissues form.

However, the latest research, published in The EMBO Journal and carried out with Timo Strünker of the Centre of Advanced European Studies and Research in Bonn, Germany, found that 30 out of 96 common household chemicals had a direct effect on the “catsper” protein which controls the sperm cell’s motility, or swimming agility, and its ability to enter the egg cell to trigger fertilisation.

“We have found a completely novel way in which endocrine-disrupting chemicals may affect human reproduction by direct interaction with human sperm,” Professor Skakkebaek said.

Relatively low concentrations of the chemicals – which previously were thought to be too low to cause an effect – triggered the catsper reaction in test-tube studies.

“In human body fluids, one does not find one of a few particular chemicals, but rather complex chemical cocktails with many different endocrine-disrupting chemicals at very low concentrations. We tried to mimic this situation in our experiments,” Dr Strünker said.

“When mixed together the cocktail, despite the extremely low concentration of its ingredients, evoked large and sizeable responses in sperm. Thus, in complex mixtures [the chemicals] co-operate to interfere with sperm function. This has not been shown before.”

People ingest these chemicals every day either by consuming food and drink contaminated with them or by absorbing them through the skin in personal-care products such as sunscreens and soaps.

“This study appears to open up a new dimension of potential effects of common lifestyle or environmental chemicals on male fertility.”