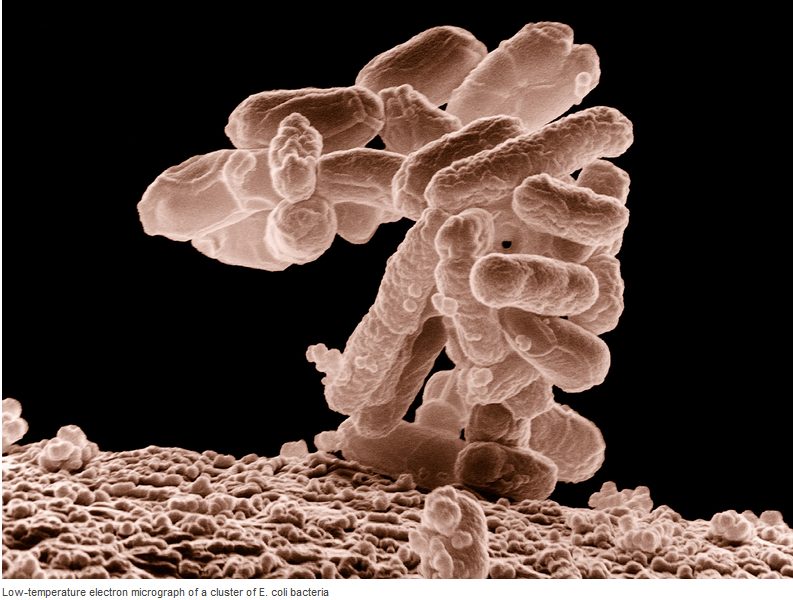 Scientists have created the first “semi-synthetic” micro-organism with a radically different genetic code from the rest of life on Earth.

The researchers believe the breakthrough is the first step towards creating new microbial life-forms with novel industrial or medical properties resulting from a potentially massive expansion of genetic information.

The semi-synthetic microbe, a genetically modified E. coli bacterium, has been endowed with an extra artificial piece of DNA with an expanded genetic alphabet – instead of the usual four “letters” of the alphabet its DNA molecule has six. 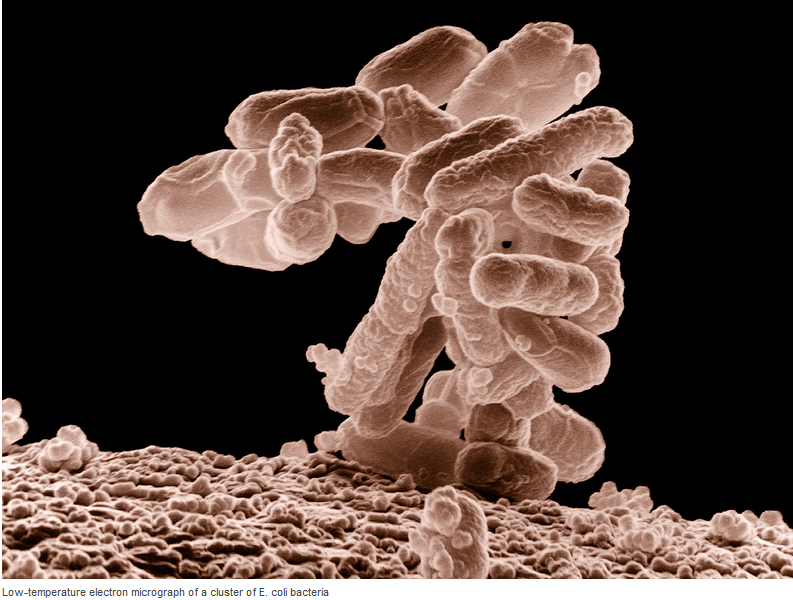 The natural genetic code of all living things is based on a sequence of four bases – G, C, T, A – which form two sets of bonded pairs, G to C and T to A, that link the two strands of the DNA double helix.

The DNA of the new semi-synthetic microbe, however, has a pair of extra base pairs, denoted by X and Y, which pair up together like the other base pairs and are fully integrated into the rest of the DNA’s genetic code.

The scientists said that the semi-synthetic E. coli bacterium replicates normally and is able to pass on the new genetic information to subsequent generations. However, it was not able to use the new encoded information to produce any novel proteins – the synthetic DNA was added as an extra circular strand that did not take part in the bacterium’s normal metabolic functions.

The study, published in the journal Nature, is the first time that scientists have managed to produce a genetically modified microbe that is able to function and replicate with a different genetic code to the one that is thought to have existed ever since life first started to evolve on Earth more than 3.5 billion years ago.

“Life on earth in all its diversity is encoded by only two pairs of DNA bases, A-T and C-G, and what we’ve made is an organism that stably contains those two plus a third, unnatural pair of bases,” said Professor Floyd Romesberg of the Scripps Research Institute in La Jolla, California.

“This shows that other solutions to storing information are possible and, of course, takes us closer to an expanded-DNA biology that will have many exciting applications, from new medicines to new kinds of nanotechnology,” Professor Romesberg said.

Expanding the genetic code with an extra base pair raises the prospect of building new kinds of proteins from a much wider range of amino acids than the 20 or so that exist in nature. A new code based on six base pairs could in theory deal with more than 200 amino acids, the scientists said.

“In principle, we could encode new proteins made from new, unnatural amino acids, which would give us greater power than ever to tailor protein therapeutics and diagnostics and laboratory reagents to have desired functions,” Professor Romesberg said.

“Other applications, such as nanomaterials, are also possible,” he added.

The researchers emphasised that there is little danger of the new life-forms living outside the confines of the laboratory, as they are not able to replicate with their synthetic DNA strand unless they are continuously fed the X and Y bases – synthetic chemicals called “d5SICS” and “dNaM”, that do not exist in nature.

The bacteria also need a special protein to transport the new bases around the cell of the microbe. The transporter protein comes from algae and if it, or the X and Y bases, are lacking, the microbial cells revert back to the natural genetic code, said Denis Malyshev of the Scripps Institute.

“Our new bases can only get into the cell if we turn on the “base transporter” protein. Without this transporter or when the new bases are not provided, the cell will revert back to A, T, G, C and the d5SICS and the dNaM will disappear from the genome,” Dr Malyshev said.

Bicylist Makes His Point After Receiving a Ticket Previous post
Scientists: Chemicals in Household Products Are Responsible For Male Infertility Next post