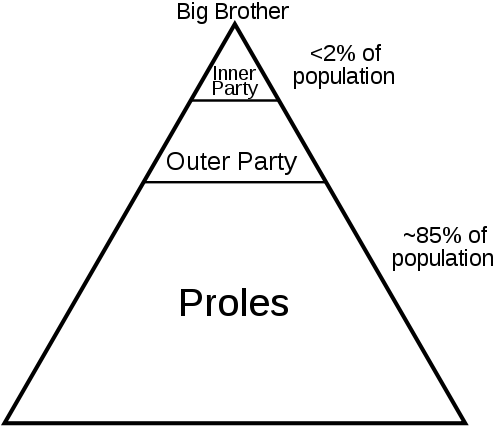 The Orwellian Social Structure of the USA

America is being nudged and now pushed into the heinous world of Agenda 21. However, I believe that when self-preservation takes over, the use of force will be necessary to get most people to willingly go along with this encroaching tyranny. This is another topic for another article.

Whistleblowers such as Deborah Tavares, Rosa Korie and Patrick Wood et al., have all been sounding the Agenda 21 alarm for a very long time. Yet, with each and every passing day, we see new stories which inch us toward the end point destination of total tyrannical control of our daily lives which will result in the loss of our fortunes.

No matter how many times a journalist in the alternative media identifies Agenda 21 as the scourge on the planet, it seems as if more people are not listening, and even fewer are acting.

This is because most of our population is no longer capable of critical thinking and subsequently accept the unproven philosophies of climate change and the Agenda 21 policies which underlie this myth.

Most Americans feel that going along with the social planners will help them survive and even thrive. Too much CNN, too much FOX, too much fluoridated water and too many distractions have left us with a country incapable of defending itself from enemies both foreign and domestic.

When we carry out the principles of Agenda 21 out to its end point destination, the citizens of our country will be living in less than 500 square foot stack and pack apartments, they will not own an automobile because it will be cost prohibitive, they will not grow their own food and they will pay even a greater disproportionate percentage of their income for housing costs. 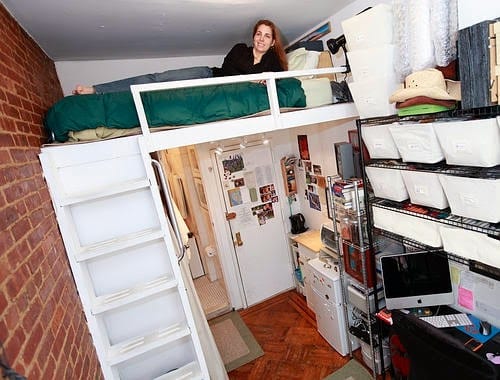 Since the government will soon own all healthcare, most of us will be priced out of the market and the Agenda 21 CODEX provisions will soon control alternative healthcare treatments. The Agenda 21 inspired Cap and Trade policies seek to reduce the energy usage of the average citizen by 80%. This means the average American will be living an 1890′s lifestyle.

And more than likely, some the population reduction quotes which are so infamous (e.g. Ted Turner’s expressed desire to reduce the planet’s population by 95%), may come to fruition. The statements in this paragraph are self-evident. But for those who new to this topic, pull up a chair, grab your favorite beverage and be prepared to be shocked as you weave your way through the words of the Agenda 21 planners.

Agenda 21 seeks to totally eliminate the middle class and the Obama wing of Agenda 21 is well on its way to making this a reality. Today, there are more American citizens who are receiving federal handouts than there are working Americans. Soon these classes will become one class and what is left of the middle class is destroyed. You may find this analysis to be very enlightening as to the veracity of these claims.

Most people believe that America is bifurcating into a two class society; Those that live off of the table scraps of those who still have a job, and those that still have a job. Temporarily, these two groups still constitute two separate classes. However, they will soon become one class. This will leave America with the traditional two class system, the haves and the have-nots. However, we are not quite there yet.

At the present time, we still see a three class system. For the purposes of clarity and discussion, we will refer to these classes as the First Tier (the elite), the Second Tier (the beleaguered middle class) and the Third Tier (the growing welfare class that has been fully domesticated through federal handouts).

On the top level of the pyramid we find the George Soros’, the David Rockefellers’, et al. The minions of these elite control the politicians and the legislation, they control the dialogue (e.g. sustainability and climate change) and they are moving towards controlling every aspect of our lives.

In a case of “Rules for thee, but not for me”, the elite do not live by the same Agenda 21 policies that they are attempting to impose on everyone else. Make no mistake about it, the First Tier are the creators of Agenda 21.

They get the corporate heads and the politicians to enforce their brand of Utopia, with the promise of salvation for these minions who play along. And many of these minions know exactly what is coming.

For example, why do you think McCain can endure the condemnation of his own home-state Republican Party without blinking an eye? It is because he knows he’s working for a higher authority. McCain obviously believes that the life of he and his family are at stake as he throws caution to the wind. To McCain’s mindset, it is a matter of either serving the globalist monster, or perish.

McCain’s mindset would also explain the abject lunacy of Pelosi, Reed, Bachman, Graham and all the other out-of-touch KoolAid drinkers. Someone should point out to these “public servants” that history does not paint a kind picture for those who help to facilitate a tyrannical takeover of a government. Most minions usually get sacrificed along the way.

Oh, by the way, John McCain told a town hall audience in Mesa, AZ., and clearly stated that he had never heard of Agenda 21. The purveyors of Agenda 21 and their minions are your worst enemy.

In the Second Tier of America, lies what is left of the middle class. Frequently, these Americans, are still able to keep their job with inflation damaged salaries and are still trying to hold on to the outdated notion of the American dream.

These people face the prospect of working second jobs and becoming bargain hunters when it comes to shopping. College student loans for their children, the soon-to-be-gone pensions and retirement accounts as well as the increasing theft of their home mortgages constitute the increasing threats to their solvency.

God bless the Second Tier whose majority tries to embrace the pseudo-threat of climate change by conserving more and more. For example, the people of Arizona heeded the call of Arizona Public Service (APS) by adopting more “eco-friendly” solar technology and what did APS do as a result? They raised the electric rates because they claimed they lost money on all the solar technology adopted by the public which led to declining energy use.

If this does not expose the fraud of Agenda 21, I do not know what does. We see the same silly mindset in the state of Washington, where the legislature wants to impose a 1.5 cent tax on every mile driven because the state is losing revenue due to the use of more fuel efficient cars. Same chapter, just a different verse.

Agenda 21 proponents will never let you catch up and prosper, no matter how many of their programs that you successfully embrace. The Agenda 21 system is pervasive and seeks to destroy the middle class at all costs.

Many of the second tier of America, still believe Obama when he says that economic recovery is right around the corner. So they keep drinking the KoolAid and work harder and harder while falling further behind the lifestyle once enjoyed by their parents.

Adding insult to injury, this second tier is being forced to support those that cannot/will not work crowd through higher taxes and regulatory fees. Eventually, every single one these people in the second tier will eventually slip into the Third Tier.

The third tier has an interesting dynamic. Meet the welfare class. Many members of this class have been hopelessly conditioned to not take personal responsibility for their lives. For an excellent description of the psychological mindset for many in this social class, see Seligman’s experiments on acquired learned helplessness.

How many people have been kept in their place by the promise of food stamps and an Obama phone? Is there any social mobility arising out of the members of this social class? There is almost no social mobility, only misery.

Once someone is on federal welfare, the chances of staying off are near zero. This is a great personal tragedy as many people in the Third Tier are robbed of their autonomy and self-determination. And this is just what the social planners want as they want us hopeless, helpless and totally dependent on their generosity.

A two-class social structure is emerging in America. There are the hopelessly poor, who do not riot in exchange for basic life support services. And there will be the social class that hordes all resources in an attempt to control the populace.

This transformation will be completed when there are too few of the middle class to support the subsistence life-style of the Third Tier.

It is uncertain if the ultimate middle class collapse will come by a sudden chain of events like the ones we witnessed in 1929. Or, will the slide continue in the form of its barely perceptible but dramatic slide?

There is one thing that you can count on. Americans will reach a breaking point when subsistence payments to the Third Tier are greatly reduced. When these parents, who love their children no less than anyone else, cannot adequately feed them, there is going to be trouble in the American streets. Perhaps this is why DHS has acquired 2.2 billion rounds of ammunition and 2700 armored personnel carriers.

If the “people” lose this war against the elite and we disintegrate into a society of haves and have-nots, we will indeed be living the American nightmare, Agenda 21 style.

About author: Dave is an award winning psychology, statistics and research professor, a college basketball coach, a mental health counselor, a political activist and writer who has published dozens of editorials and articles in several publications such as FREEDOMS PHOENIX, NEWS WITH VIEWS and THE ARIZONA REPUBLIC. The primary purpose of “The Common Sense Show” is to provide Americans with the tools necessary to reclaim both our individual and national sovereignty.