The Unbelievable Methods Used by Syngenta to Silence GMO’s Opposition

A German farmer has revealed shocking GMO company tactics to silence him in an exclusive interview with RT Op-Edge.

German dairy farmer, Gottfried Glöckner, has told William Engdahl about attempted blackmail, character assassination and, ultimately, wrongful imprisonment he suffered when he refused to back off his charges that the Anglo-Swiss GMO company, Syngenta, had provided him with highly toxic GMO Maize seeds that ruined his prize dairy herd and his land.

After spending two years in prison, Glöckner is traveling round the world to tell the story and warn the public of the extreme danger of GMO seeds.

William Engdahl: Mr Glöckner, we’ve known each other since just before you were wrongfully sentenced to prison, but it is only recently that you have legally been able to tell your real story to the public. Please give us a little background.

Gottfried Glöckner: Since 1995 when genetically modified RoundupReady (RR) Soy was imported into the EU, approved under the principle ‘substantially equivalent,’ I had been interested in the subject GMO technology in plants.

When in 1997 the EU approved the commercial sale of Syngenta GMO corn (Syngenta Bt176) I decided, as a farmer interested in new better technologies, to grow Syngenta’s Bt176 on my land.

WE: How did you proceed with the GMO Syngenta Maize seeds?

GG: I increased the portion of Bt corn over several years up to 100 percent of the corn I fed to my cattle from my harvest as silo corn and corn grain on my farm.

WE: Please describe for us what you began to see after you were feeding your cows a maize-portion of your feed mix only from GMO Syngenta Bt176 maize.

GG: In the year 2000 I experienced the first incidences of infertility, sicknesses and even deaths as well as severe birth defects in newborn calves.

WE: How did you react?

GG: After I organized an official test that included several investigations of my samples of soil and GMO corn, the results showed that the fatal effects were due to the genetically modified corn.

Whereas Syngenta could find no Bt toxins in tests it made in its North Carolina laboratory, a lab in Germany found 8300ng/mg fresh Bt toxins with the exact same method in the same test sample as tested in Syngenta’s lab in North Carolina.

WE: Was there anything else that alternative text in Germany showed?

GG: The German lab found that there was a decline by weight of 24 percent of essential amino acids, vital for cattle feed, in the corn seed and a decline of 8.8 percent of the silo corn.

With those results the lie of “substantial equivalence” or equality to conventional plants that was the basis of the EU Commission approval, was exposed as fraudulent. 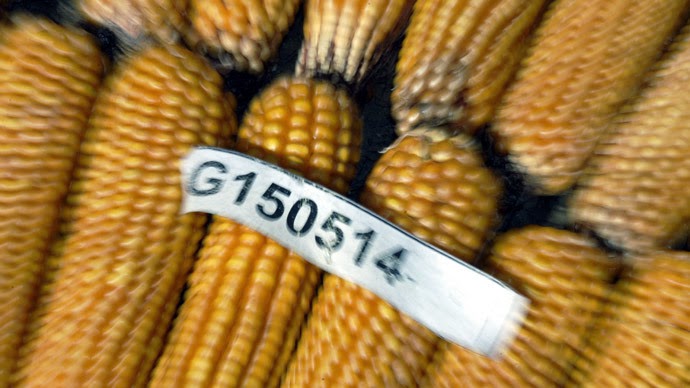 WE: The press made much of the fact that apparently the respected Robert Koch Institute had also tested your samples. Was that so?

GG: The Surveillance and Approval Authority in Germany at the time, the Robert Koch Institute, made absolutely no request for a testing of my Syngenta GMO corn. Instead, they wanted me to tell them with precisely what method the Bt toxins were proven to be found in the blood of my animals.

WE: Then there was an assessment of damages done to your livestock and fields you made with Syngenta. What resulted?

GG: Together with the Syngenta CEO for Germany, Hans Theo Jachmann, in April 2002 a damage report was undertaken. It included in addition to loss of animals, substitute feed grains needed, analyses and veterinary costs as well as cost of lost milk production. Syngenta paid only €43,000 of the €500,000 total damage estimated. The remainder has, as of this day, never been paid to me.

WE: As the German banker Hilmar Kopper would have said, they gave you “peanuts“ to end that story, but was it the end for you?

GG: Syngenta themselves actually made a written “recommendation” to dispose of my GMO Bt176 silo corn, “but not on green acreage.” They made tempting promises to me of various gifts like a new harvester, a new house, a new job and holiday travel. I refused. It was not right.

WE: You have fought a remarkable battle over years against the large concern Syngenta and the GMO lobby. Why?

GG: I wanted to finally hear an admission from Syngenta that there is a genuine problem with their GMO technology and that they had eliminated the toxin problem in their subsequent GMO products. Instead of that, I was hit with legal attacks after I had been invited by government officials, regional officials as well as private groups to make speeches all across Europe about my experience with Syngenta Bt176.

WE: How did Syngenta react?

GG: After our final negotiation for a resolution of the problem broke down, after Syngenta’s representative proposed to me, “With the total damages we divide 50-50,” he then called out to me afterwards when I refused, “What is going on with your marriage?” I shot back, “I’m not married to Syngenta!”

WE: That sounds bizarre. Why did Syngenta ask you about your private life?

GG: In the midst of my divorce proceedings suddenly my ex-wife, after she left our common home (the children, who were 17, 15 and 13, lived with me), was being represented by a new attorney provided to her by the industry lobbyist. With him she made the new charge against me of rape within the marriage.

They presented no doctor’s report for that, also neither a psychological evaluation, nor credible statements from others, merely her allegation; that charge brought me, “in the name of the people,” directly into prison. I was released somewhat early after the state’s attorney learned of the true circumstances of my imprisonment.

WE: Did they want to make an example of you for other protesting farmers or was it something else in your view?

GG: I have to say as a former customer and injured party of Novartis/Syngenta, I find it unbelievable the methods this company operates with. In the time that I was in prison, a default summons of my ex-wife from the divorce settlement was executed twice. I paid the amount once, and after that the amount was again entered into the land register. The opposing attorney received the enforceable copy, which had already been settled, through my own attorney.

They also created a new company out of my farm holding where I had no legal rights; my office was broken into repeatedly, my home, files, machinery and electronic devices were stolen.

Furthermore, I had to fight five long years with the German Customs authorities.

They seized all my bank accounts and demanded I pay back money for milk going back four years on the argument that I was no longer a certified milk producer in the meaning of the Milk Quantity Guarantee Payments rules. All this took place during the time I made public the proof of presence of GMO in certain raw materials that had been labeled “contains no GMO.” 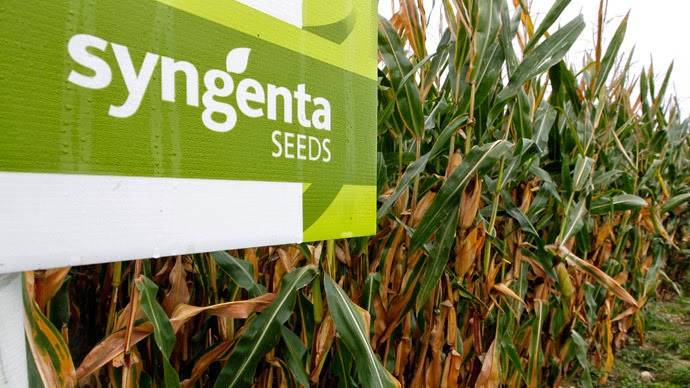 WE: What was the result of your legal case with the German Customs?

WE: Yet many German politicians still today plead for more GMO planting. Is that responsible?

GG: After Syngenta themselves declared in 2004 that they had failed with their GMO pursuits I am really astonished that the conservative Chancellor Merkel is a strong advocate for allowing planting of GMO crops in Germany!

Even more astonished after I discovered that a study of GMO corn done by the Technical University Munich had been manipulated (to show completely dishonest positive results-w.e.). As a result of the public revelation, in April 2009 the GMO corn, Monsanto810 was prohibited by the German Consumer Protection Minister, Ilse Aigner.

WE: What did the German Government say to you after all this?

GG: A separate legal entity was created which never existed, and this fact was even ascertained by the German Supreme Court, BGH. Yet the government still said, “Mr Glöckner, that’s all very terrible what’s happened to you, but the Government supports this new technology.”

All conceivable facts and procedures have been turned on their head, the laws broken, only in order not to allow a legal damages claim to be executed.

WE: This all goes against the German law on genetic technology liability, doesn’t it?

“Should it happen that from the substance of an organism that has been genetically manipulated, someone dies, their body or health damaged or something damaged, the producer is responsible to make good any damage.”

So much for the legal order of the State!

WE: And now you travel all over the world to tell the truth about the dangers of GMO and your chilling personal experience. This is genuine civil courage of which the world has far too little today.

GG: Yes, I am traveling internationally speaking in conferences, and I am happy with each success we see. Since a peoples’ referendum in 2005 for a gene-technology-free Switzerland, there has been no significant planting of GMO in Europe!

Russia has forbidden all import of GMO raw materials. China has ordered grain ships loaded with unapproved GMO products to be returned to the USA or burned… and so on.

WE: What about holding an open public debate about GMO with Syngenta to give them a chance to tell their side of the story?

GG: I would gladly invite the CEO of Syngenta to a debate with me on the podium. Especially after Syngenta canceled their planned appearance at an international conference in October 2013 where I was also scheduled to speak… That would indeed have been an interesting conference had they appeared.

WE: How can readers follow the latest developments in this life-and-death vital story about the dangers of GMO for our animals and ourselves?

GG: There is constantly updated information, mainly in German, on my webpage.

WE: Thank you, Mr. Glöckner!

About author: William Engdahl is an award-winning geopolitical analyst and strategic risk consultant whose internationally best-selling books have been translated into thirteen foreign languages.