10 Amazing Things Kids Have Said About Their Past Lives

Many children seem wise beyond their years or like “old souls,” but some have said things that truly seem to hearken back to previous lives. Parents have shared their stories via social media; many say their children have talked about tragic deaths followed by happier lives this time around.

1. When my son was 3, he told me that he really likes his new daddy, he’s really nice. My husband is his one and only daddy. I asked ‘Why is that?’

He replied: ‘My old daddy was really mean. He stabbed me in the back and I died. But I really like my new daddy, he’d never do that to me.’ 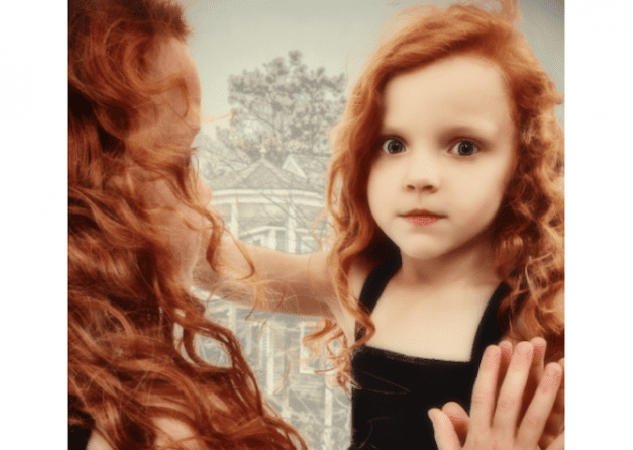 2. When I was a little girl, I lost [it] when I saw some guy at the grocery store. It was unusual, because I was generally quiet and well behaved. I never had to be taken out of somewhere for misbehaving, but we had to leave the store.

When my mom asked what was wrong when we got in the car, I told her he took me away from my first mom and hid me under his floor and made me sleep for a long time until I woke up with my new mom.

I then refused to sit in the seat of the car on the ride home, but insisted on cowering under the dash board so he couldn’t take me again. It freaked her … out, as she is definitely my biological mother, so obviously my ‘first’ mom.

3. Getting my 2-and-a-half-year-old daughter out of the bath one night, my wife and I were briefing her on how important it was she kept her privates clean.

She casually replied: ‘Oh, nobody “scroofs” me there. They tried one night. They kicked the door in and tried, but I fought back. I died and now I’m here.’

4. ‘Before I was born here, I had a sister, right? Her and my other mom are so old now. They were OK when the car was on fire, but I sure wasn’t!’

He was maybe 5 or 6 years old. It was totally out of the blue.

5. When my little sister was younger, she used to walk around the house with a picture frame with a picture of my great grandpa in her hands crying and saying, “I miss you Harvey.”

Harvey had died before even I was born. Other than this common occurrence, my mom told me that she would constantly say things that my great grandma Lucy would say.

6. When my little sister first started talking, she used to say some really disturbing things. She used to tell us about how her old family would put things inside of her and would make her cry, but her Daddy eventually burned her so much that she was able to find us, her new family.

She spoke about things like that from the ages of almost 2 to 4. She was much too young to have ever been exposed to any content where children, or anyone else could [experience those things], so my family has always thought she held memories of a prior life.

7. Between the ages of 2 and 6, my son would tell me the same story of how he picked me to be his mother.

He said something about being with a man in a suit and picking a mother that would help him accomplish his souls mission. … We didn’t discuss spirituality … nor was he raised in any sort of religious environment.

The way he described it was that it was similar to grocery shopping, that he was in a bright room with people who were lined up like dolls, and that he picked me. The man in the suit asked him if he was sure, he replied that he was, and then he was born.

My son also had an early fascination with WWII era planes. He could identify them, their parts, what region they were used in, and the like. I still have no idea where he got that information. I’m a science gal, his dad is a math guy.

We have always called him ‘Grandpa,’ because of his peaceful and gingerly demeanor. This kid seriously has an old soul.

8. My nephew when he first began really talking in sentences told my sister and her husband that he was ‘so happy he picked them.’ And then went on to say that before he was a baby he was in a bright room and saw lots of people and he ‘picked his Mom because she had a nice face.’

9.  My older sister was born the year my Dad’s mom died. According to my dad, as soon as my sister was old enough to say the words, she said ‘I am your mother.’

10. According to my mom, when I was younger, I would tell her about how I had died in a fire a long time ago. I don’t remember that, but one of my biggest fears is my house burning down. Just being around open fire scares me.

This is What Will Happen When the Dollar Collapses Previous post
Testimony: Overcoming a Life of Junk Food and Sickness by Adopting a Plant-Based Diet Next post