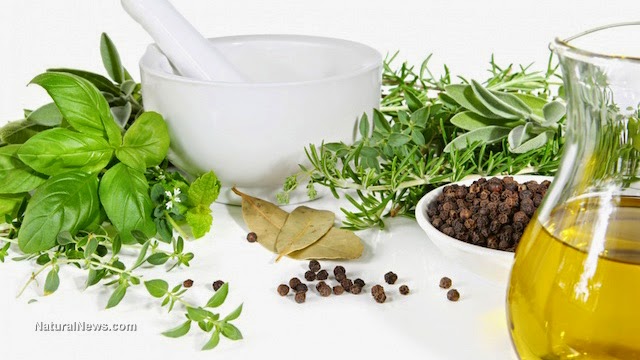 Longtime readers of Natural News know that, because of massive over-prescribing by the modern healthcare industry, today’s crop of antibiotics are becoming less and less effective. Another culprit: The increased use of antibiotics in factory-farm animals.

“It is not difficult to make microbes resistant to penicillin in the laboratory by exposing them to concentrations not sufficient to kill them,” warned Alexander Fleming, the creator of the first antibiotic, penicillin, back in 1945 when he received his Nobel Prize for medicine.

“There is the danger that the ignorant man may easily underdose himself and by exposing his microbes to non-lethal quantities of the drug make them resistant.” 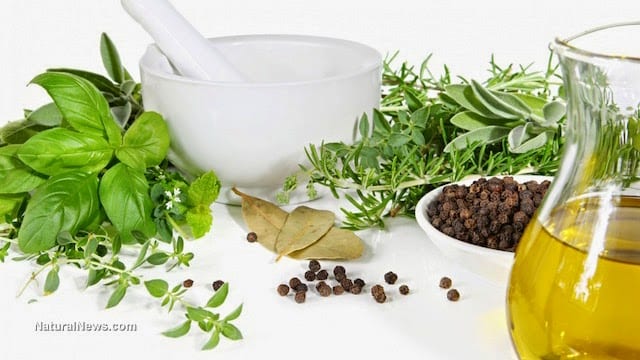 And while bacteria have been a part of “life” on Earth for humans since the dawn of time, constant exposure to antibiotics — which kill even “good” bacteria — is responsible for the rise of superbugs that are resistant to an increasing number antibiotic drugs.

With that in mind, and before you find yourself in dire need of something that will kill the superbugs, here are 10 herbs and foods that will do the job naturally:

10. Honey: In a recently released study, researchers from the Salve Regina University in Newport, Rode Island, reaffirmed that raw honey is one of the best natural antibiotics you can have.

“The unique property of honey lies in its ability to fight infection on multiple levels, making it more difficult for bacteria to develop resistance,” she said.

Honey uses a combination of weapons including polyphenols, hydrogen peroxide and an osmotic effect. Honey is practically an ambidextrous fighter, using multiple modalities to kill bacteria.

9. Colloidal silver: As noted by Gregory A. Gore, in his book, Defeat Cancer:

“Silver was used 1,200 years ago by Egyptians, Romans, Greeks, sailors, and then by the pioneers who populated our country. They used it for various illnesses and to keep their foods and liquids from spoiling.

“Prior to 1938, before antibiotics, colloidal silver was used by doctors as their main substance to fight bacteria in a more natural way than through the antibiotics they use today. Antibiotics can harm our kidneys and liver functions. Colloidal silver promotes healing.”

8. Pascalite: This is a type of bentonite clay found only in the mountains of Wyoming. It possesses remarkable healing powers. When it is used topically, it is known for its ability to draw infections from wounds in a matter of hours or days, thereby bringing about total recovery.

The first recorded use of Pascalite was in the early 1930s when a trapper named Emile Pascal set his traps near a cold, clear mountain lake, where he had noticed a large number of animal tracks; after getting some of it on his chapped hands, he noticed some time later that it appeared to help them.

So he continued to experiment with the substance and found that it had a number of topical uses, including for burns, minor wounds and infections.

7. Turmeric: This herb has been used in Ayurvedic and Chinese medicine for many thousands of years to treat a wide range of infections. The antibacterial and anti-inflammatory qualities have been known to be highly effective in the treatment of bacterial infections. It can also be used topically for MRSA and additional lesions of the skin.

6. Oil of Oregano: This is an essential oil known best for its bacteria-killing abilities, as well as controlling staph infections like MRSA. It contains antioxidant, antiseptic, antiviral, antifungal, anti-inflammatory, antiparasitic and pain-relieving properties.

In 2001, Science Daily reported on a Georgetown University study which found that oregano oil’s germ-killing properties were nearly as effective as most antibiotics.

5. Tea tree oil: This is also a very potent and essential oil that has been shown to be effective in killing antibiotic-resistant MRSA on the skin. One important note: Therapeutic-grade tea tree oil must be used undiluted if it is to be used for this purpose.

4. Olive leaf extract: This substance has been used for a number of centuries to battle bacterial infections and is now currently being used as well to fight MRSA infections in some European hospitals. It provides immune system support while fighting antibiotic-resistant infections.

3. Garlic: This tasteful seasoning veggie has been used for medicinal purposes around the world for thousands of years. It was even used in the 1700s to ward off the plague. It possesses very potent antibiotic, antiviral and antifungal properties.

2. Echinacea: This compound has been used to treat aging and a wide variety of infections for centuries. It was traditionally used to treat open wounds, as well as blood poisoning, diphtheria and other bacteria-related illnesses. Today, it is used mostly to treat colds and flu.

1. Goldenseal: This is one of the most popular herbs sold on the American market and has recently gained a reputation as an herbal antibiotic and immune system enhancer.

American Indians used goldenseal as a medication for inflammatory internal conditions such as respiratory, digestive and genitourinary tract inflammation induced by allergy or infection, according to Herbwisdom.com.

Harvard Scientists: There May be an Ancient Earth Inside... Earth Previous post
Punched, Kicked and Spat on: The '24 Hours Homless' Project Next post