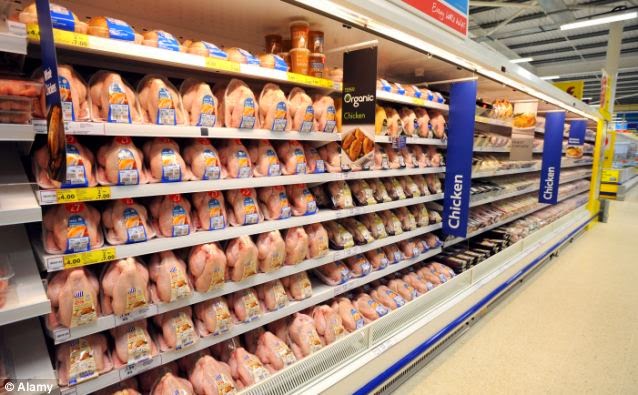 Late to the game as always, the U.S. Food and Drug Administration (FDA) has finally admitted that cancer-causing drug compounds intentionally added to conventional chicken feed for the last 60 years, indeed, persist in chicken meat.

According to a somewhat recent FDA-commissioned study, arsenical drugs like Pfizer’s roxarsone produce inorganic arsenic (iAs) in chicken meat that ends up being consumed by millions of people.

The study contradicts claims long made by the FDA and the industrial food industry that arsenical drugs are safe because they are excreted in chicken feces. Such claims were never backed by science, of course, and were mere speculative excuses meant to quell public concern about the drugs. 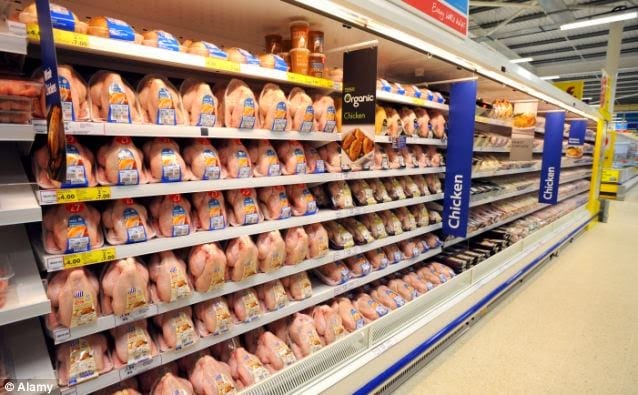 But now that the cat is out of the bag, the FDA has no choice but to capitulate to the truth, even though the agency still insists that the drugs are somehow safe.

Meanwhile, many people are now demanding an explanation as to how and why the FDA was able to get away with making these arbitrary and false claims about iAs for more than half a century without consequence.

In case you missed it, the FDA report, which was first released back in 2011, revealed elevated levels of iAs in the meat of chickens treated with roxarsone, an arsenical drug that was later voluntarily pulled off the market by its manufacturer.

Several years later, the FDA responded to petitions from Pfizer subsidiary Alpharma LLC and other drug manufacturers to withdraw approval for roxarsone and a handful of other arsenical poultry drugs.

But now that the issue has taken center stage nationally, the FDA is also being exposed for failing to protect public health all these years by investigating the matter a long time ago.

And even now, the agency is only responding to what others have been saying for a long time about these drugs: they are dangerous and have no place in the food supply. A lawsuit filed by the Center for Food Safety and others last year also helped move things along at the agency.

Your chicken contains arsenic, but it is still safe to eat, says FDA

However, despite its admittance that iAs persists in chicken meat, the FDA still insists that chicken meat is safe to eat.

Altering its previous claim that iAs is expelled via chicken excrement, the FDA now claims that iAs is present in chicken meat but at levels that are so low as to not cause harm. In other words, it is just another case of the FDA sweeping the truth under the rug.

“[E]ven as its arsenic-containing product is pulled off the shelves, the FDA continues its campaign of denial, claiming arsenic in chickens is at such a low level that it’s still safe to eat,” explains Global Research about the FDA’s ongoing campaign of lies and propaganda.

“This is even as the FDA says arsenic is a carcinogen, meaning it increases the risk of cancer.”

The National Chicken Council, a trade association that represents the conventional chicken industry, has expressed delight about the FDA’s stance on the issue.

Not surprisingly, this lobbying organization has put its own spin on the study, also claiming that chicken meat is “safe to eat” despite containing measurably concerning levels of iAs.

Meanwhile, the FDA continues to target producers of safe and healthy foods like raw milk, elderberry juice and hormone-balancing supplements, insisting that these products are “unapproved drugs” when they are really just foods.

It just goes to show you which side the FDA is on in this persistent food freedom war between the people and large food corporations.