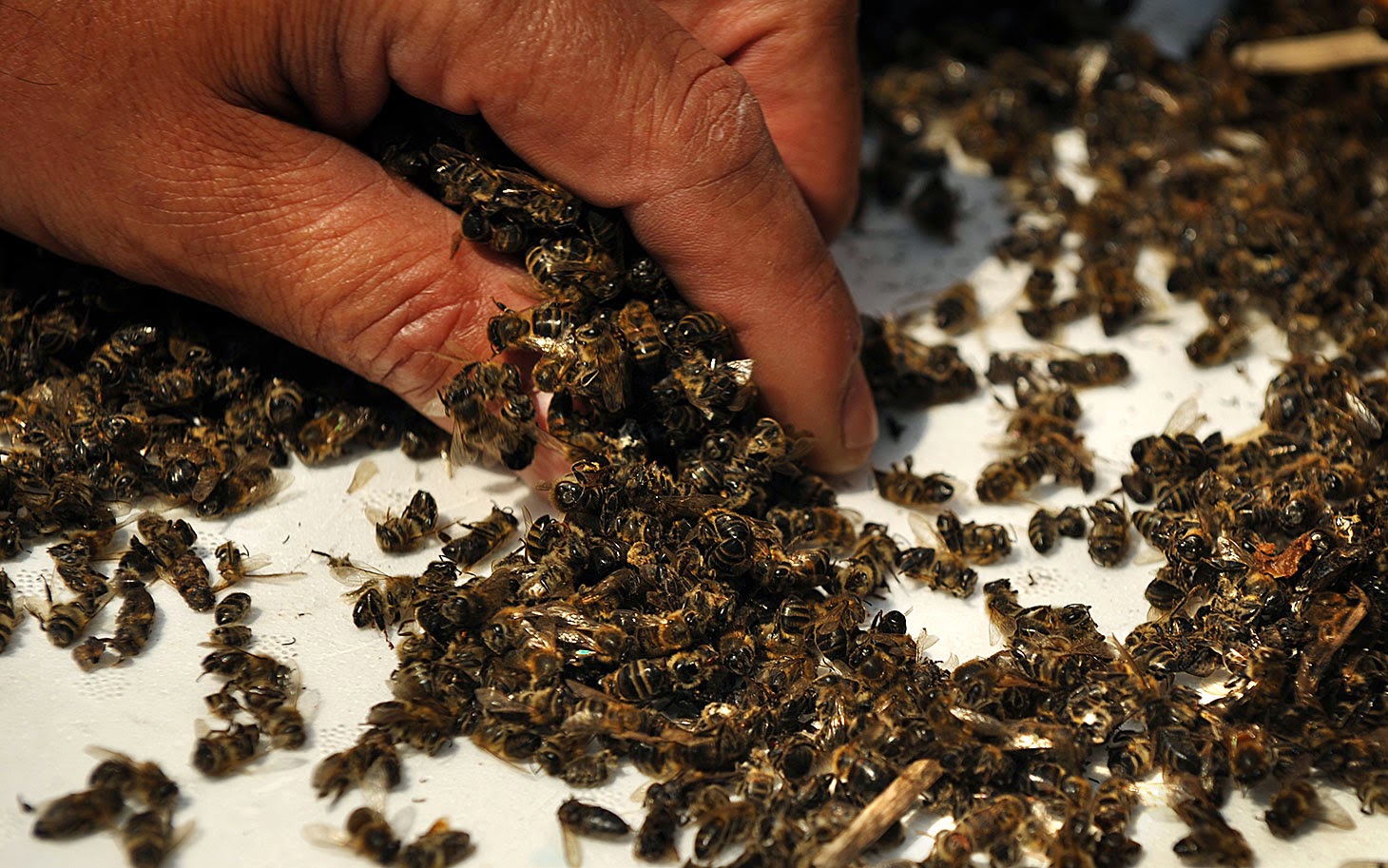 New Harvard Study Proves the Reason Why Bees Are Dying

The human species is really starting to feel the consequences of their actions. One area we are waking up to is the massive amount of pesticides we spray (especially in North America) on our food that has not only been linked to human disease, but a massive die off in the global bee population within the past few years.

A new study out of Harvard University, published in the June edition of the Bulletin of Insectology puts the nail in the coffin, neonicotinoids are killing bees at an exponential rate, they are the direct cause of the phenomenon labeled as colony collapse disorder (CCD). Neonicotinoid’s are the world’s most widely used insecticides. (1) 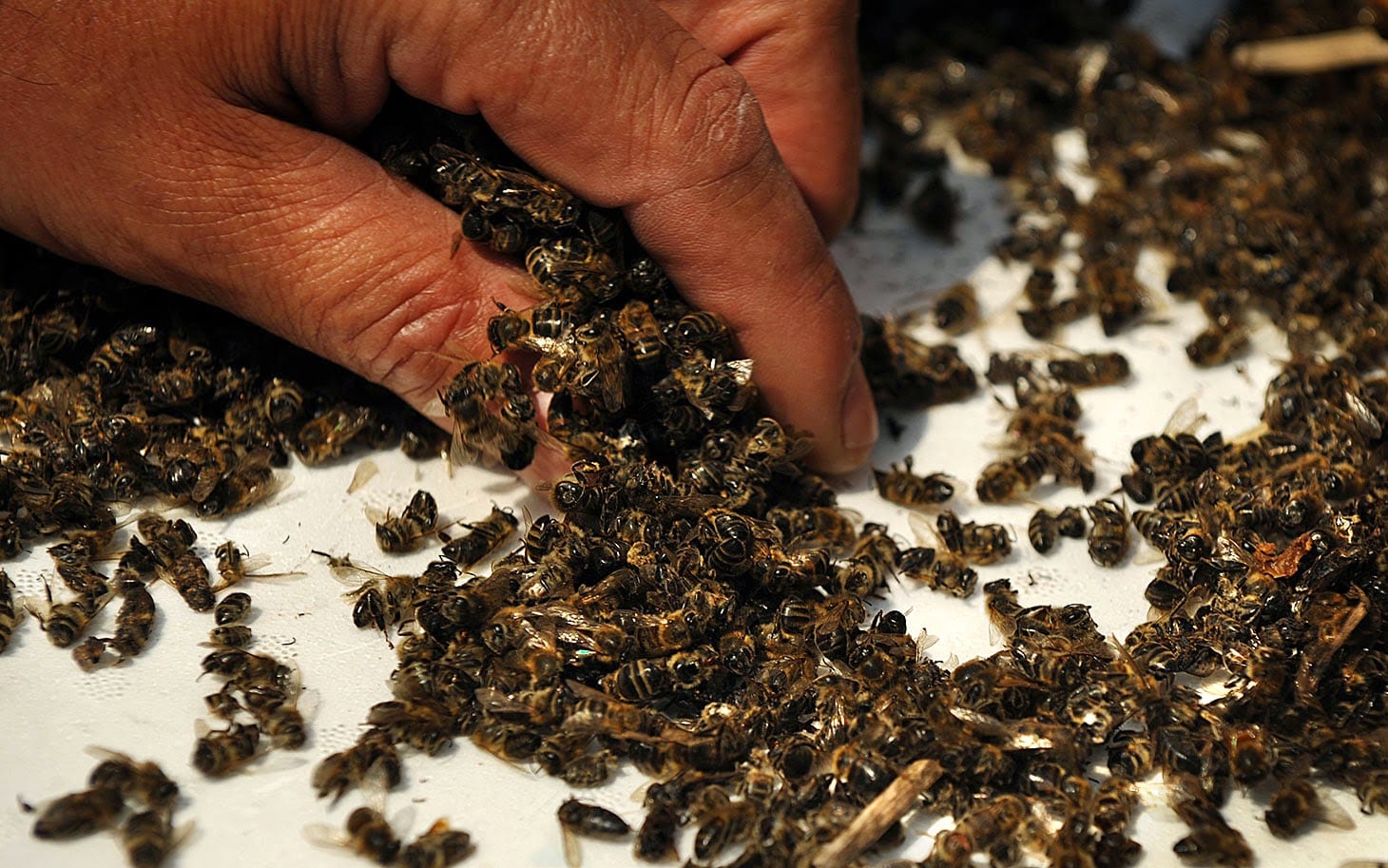 “The results from this study not only replicate findings from the previous study, but also reinforce the conclusion that the sublethal exposure to neonicotinoids is likely the main culprit for the occurrence of CCD.” (1)

For this study, researchers examined 18 bee colonies at three different apiaries in central Massachusetts over the course of a year. Four colonies at each apiary were regularly treated with realistic doses of neonicotinoid pesticides, while a total of six hives were left untreated. Of the 12 hives treated with the pesticides, six were completely wiped out.

Neonicotinoids insecticides, persist in “extremely high levels” in planter exhaust material produced during the planting of crops treated with these insecticides. This runs contrary to industry claims that the chemicals biodegrade and are not a threat. These pesticide components are found in soil, they are also found in fields where the chemicals are not even sprayed.

Bees also actively transfer contaminated pollen from primarily pesticide treated corn crops and bring it back to their hives. Furthermore, bees transfer these pesticides to other plants and crops that are not treated with the chemicals, which goes to show just how persistent these chemicals truly are in the environment.

There has been an enormous amount of research which shows that our current regulations which protect the creatures that pollinate much of our food is extremely inadequate. It’s been published in a number of peer-reviewed journals showing how widely used pesticides have a very damaging effect on bees.

A paper published in the journal Nature discusses how bees are twice as likely to die when exposed to pesticides; two-thirds of the bees are lost when exposed compared to a third when not exposed. The exposed bees are also half as successful in gathering food. (2)

Scientists from the US Department of Agriculture as well as the University of Maryland published a study that linked chemicals, including fungicides, to the large scale die-off of bees that has recently plagued the planet, you can read that study here.

In the United Stats alone, the honey bee population declined by approximately 30 percent, with some beekeepers reporting losses up to 90 and 100 percent. More than 100 US crops rely on honey bees to pollinate them.

Not only have these pesticides been linked to various health ailments, they are killing bees all over the world. It’s not just bees, the disappearance of Monarch Butterflies has also been linked to Monsanto’s roundup herbicide. It’s time we completely ban something that has absolutely no reason to exist, we can do better than this.

As we continue to take actions like this we continue to see that how we are currently doing things simply cannot be sustained. This type of issue does not just reflect how we treat nature but also reflects how we operate as a whole. If money wasn’t so important, we wouldn’t be finding unnatural ways to do everything on this planet.

If we weren’t so concerned with maintaining an economy, issues such as these wouldn’t affect us. This is all a perfect lesson for us to ask “what the heck are we doing to our planet?” We are at a point where our very survival is now threatened because we are fighting so hard to maintain a system we all don’t like anyway.

“If the bee disappeared off the face of the earth, man would only have four years left to live.” – Albert Einstein

Explain This: More Than Half the Members of Congress Are Millionaires Previous post
Unleash the Power of Mind-Healing Next post