The most common recommendation made by health experts in the area of produce selection is to choose “organic” varieties for maximum health benefits. We trust organic label certifications because they are supposed to comply with organic standards set by national governments and international organizations.

Synthetic pesticides and chemical fertilizers are not allowed in organic practices, but that’s not always the case. Research by a Food Inspection Agency in Canada has found that nearly half the organic fresh fruits and vegetables tested in the past two years contained pesticide residue, violating maximum allowable limits for the presence of pesticides, the data shows.

Of the 45.8 percent of samples that tested positive for some trace of pesticide. Most consumers of organic food do not expect to hear that the produce they buy contains pesticides, epsecially for the premium paid.

The data released to CBC News under the federal Access to Information Act includes testing of organic fruits and vegetables sampled between September 2011 and September 2013.


The results were not what Winnipeg organic consumer Mathieu Rey was expecting.

“I would hope that the products are without pesticides. That is what I would be looking for,” Rey said in an interview. “I’m trusting the companies to provide a non-pesticide or pesticide-free product.”

A U.S. Department of Agriculture that found nearly 20 percent of organic lettuce tested positive for pesticide residues piqued our interest. Lots of the lettuce contained quite a bit of spinosad, a pesticide marketed by Dow Chemical under the brand name. 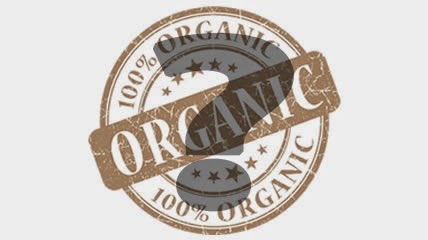 Jeff Gillman, a professor of nursery management at the University of Minnesota, stated “when people are buying organic food, they often make the incorrect assumption that there are no pesticides. It’s true that organic production often uses fewer dangerous chemicals, but certain pesticides are allowed.”

It turns out that a key factor in chemicals being cleared for use on organic crops is whether they occur naturally. Spinosad, for example, comes from the soil bacterium Saccharopolyspora spinosa. It can fatally scramble the nervous systems of insects. It’s also poisonous to mollusks.

The USDA maintains an that can and can’t be used for organic farming. Other potent natural extracts that have been approved for use as pesticides include pyrethrin, derived from chrysanthemums, and azadirachtin, from the Asian neem tree, which was also detected on some samples of organic lettuce.

Synthetic compounds can also make it onto the list as pesticides, if they are relatively nontoxic combinations that include minerals or natural elements, such as copper or sulfur. But some naturally occuring substances, such as nicotine and arsenic are off limits.

Are naturally derived pesticides less toxic than synthetic ones? The answer depends a lot on the dosage, says Gillman.

“To control on the same acre of land,” he explains, “I could use a tiny amount of a potent synthetic that has proved safe over the last 50 years, or a much larger amount of an organic pesticide.” He demurs on saying which is better, saying, “I want people to know that there are definitely tradeoffs.”

In the USDA tests, there was ten times as much spinosad on organic lettuce than was found on conventionally cultivated fruits and vegetables.

Most of the fresh produce sampled was imported, with only one-fifth of it grown in Canada.

Of the domestically grown samples, about 43 percent tested positive for at least one pesticide — slightly lower than the 46 percent of imported samples.

Matthew Holmes, head of the Canada Organic Trade Association, says it’s ‘really hard to have a zero pesticide residue any longer. He calls the findings concerning.

“We see pesticide residues throughout our environment. It’s in our soil, they’re in our water, drinking water now, and there’s new reports coming out showing there’s pesticides in fetal cord blood. So unfortunately, it’s really hard to have a zero pesticide residue any longer,” he said.

Pesticides were measured in amounts as little as 0.0001 parts per million (ppm) to greater than three ppm.

Rick Holley, an expert in food safety at the University of Manitoba, agreed the residue measurements are small.

But Holley added that the data indicate that consumers who often pay extra to buy organic food might not always be getting their money’s worth.

“If the money is being spent to avoid pesticide residues and have access to food which is healthy, then I think the money is not well-spent,” he said. “[Pesticides] will not be absent.”

Holley said that’s partly because the analytical methodologies are capable of detecting residues in parts per billion or parts per trillion, well below the allowable limits.

How Could Pesticides Get on Produce?

But Holley said some of the larger residue measurements suggest an organic producer deliberately used a pesticide that is not allowed.

“Where pesticide residue levels are at or above the maximum residue levels prescribed, then I think that there’s probably reasonable evidence that that has been the situation,” he said.

Take, for example, an organic tomato imported from Mexico, sampled in the Manitoba-Saskatchewan region. It was tested for four different pesticides and contained residues of two of them — both in amounts that exceeded the allowable limits for those pesticides.

In contrast, some of the samples tested positive for numerous pesticides but at lower levels. An organic pepper imported from Mexico and sampled in Quebec was analyzed for 13 different pesticides and was found to contain minute amounts of 10 of them.

Holmes said past studies have shown the quantity and incidence of pesticide residues in organic produce are consistently lower than those in non-organic.

Analysis of the fungicide thiabendazole in the CFIA’s latest data suggests the amount of pesticide present in the organic produce is lower than on regular produce.

The average quantity of thiabendazole measured on organic apples was 0.02 ppm whereas the average amount measured on non-organic was 0.3 ppm — about 15 times higher.

“I think consumers are looking for not necessarily a zero level, but they’re looking to not contribute to the pesticide residues that are out there and they’re looking to reduce their exposure as much as possible. And I still think we’re seeing in this data that organic offers that,” Holmes said.

He acknowledged there is room for improvement on the part of organic producers, and said he would like to see the amount of pesticide as low as possible.

“The organic sector absolutely believes in continuous improvement, and I would love to see that level go down for all products, not just organic,” said Holmes.

The CFIA did not analyze the data to determine what proportion of the positive tests are for pesticides permitted in organic production.

Some types of organic produce had a higher rate of residue presence than others. For example, 77 percent of organic grape samples tested positive; apples were in the middle at 45 percent testing positive; carrots had a lower positive rate at 30 percent.

‘We’ve Soiled Our Own Bed’

Mark Kastel, a farm policy analyst at the Cornucopia Institute in Wisconsin, said even with nearly half the organic samples containing pesticide residues, organics are still better than non-organic produce.

“It’s a dramatically lower figure than conventional food, so it illustrates the advantages of organics. But it’s also very disturbing that it very clearly illustrates the fact that we’ve soiled our own bed,” Kastel said in an interview with CBC News from his farm near Rockton, Wis.

“Since 1950, we’ve seen an exponential increase in the use of synthetic toxic chemicals to grow our food, and that there now is a high level of contamination in the soil, in groundwater, in surface water,” he added.

“I’m very comfortable that the vast majority of all organic fruits and vegetables and other commodities are produced with high integrity, but we do need to protect the ethical farmers that are participating, and businesses in the organic industry — and, most importantly, consumers who are seeking authentic food.”

Kastel called on government regulators to do a better job of scrutinizing organic produce.

It’s important to get to know local farmers more, as well as community-supported agriculture communication strategies. It may be the only way out of this mess.