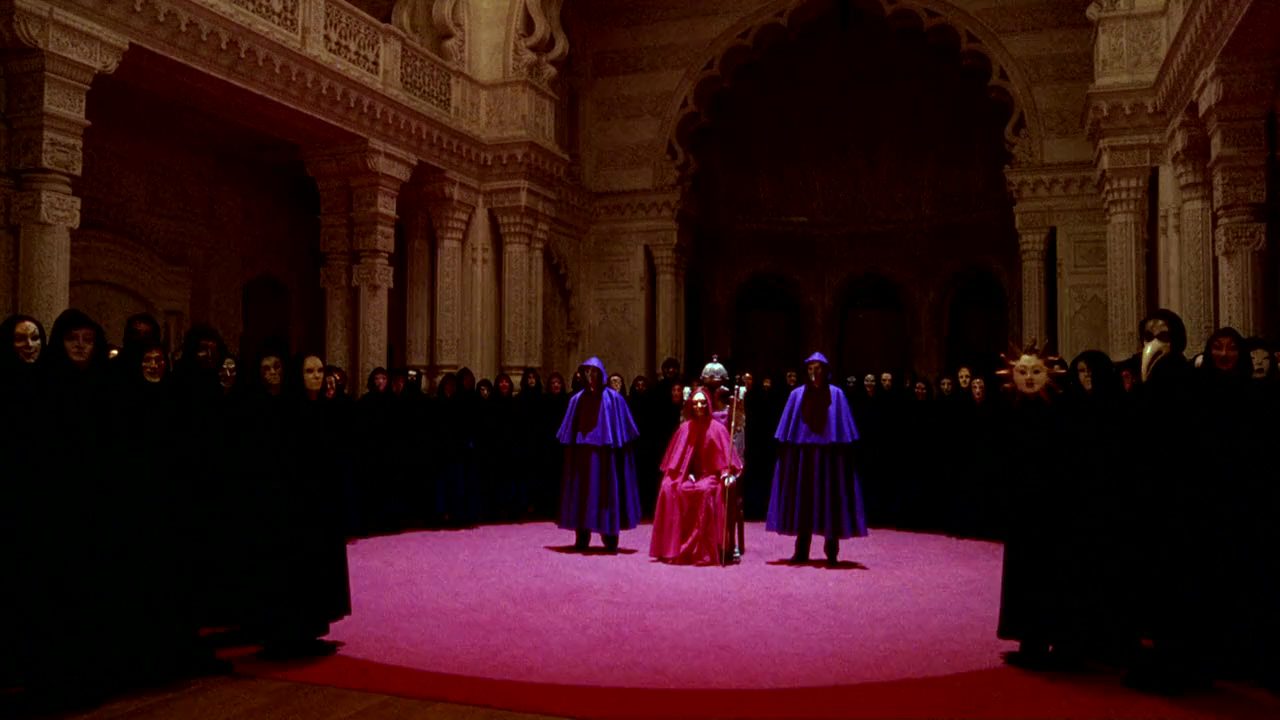 Remember Who the Real Enemy is!

The human race currently thrives in a world of deceit where most nothing is what it seems to be. There are malevolent forces behind the curtain, pulling the strings of society and guiding people towards conformity and blind submission.

‘They’ make us believe what they need us to believe in order to aid their agenda, doing so through their puppeteered ‘leaders’ of the world, as well as by using their various control systems such as religion, public education, mainstream media, politics, and so on.

Wherever you look, there are distractions and diversions, intentionally implemented to keep us from seeing what is right in front of us, and to stray our attention away from what they are doing. All the world’s a stage, and they are the illusionists of tonight’s performance. 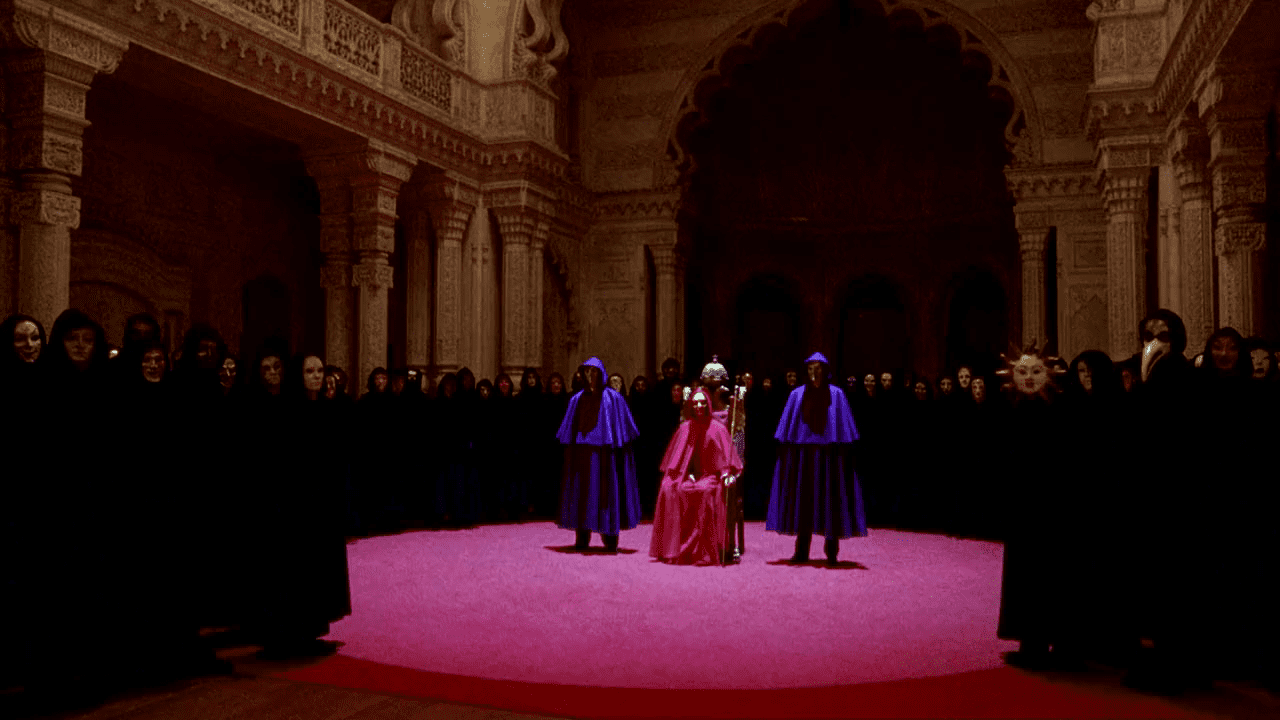 But who are ‘they’, exactly? It is said by many that they are the people at the very top of the chain of control, beyond those who we believe to be the most powerful. Others say that ‘they’ are a secret society, composed of thirteen of the most influential families in the world. They have been given quite a few nicknames, such as the Illuminati and Big Brother.

However, who they are is not the most important thing to know about them at this point of their performance. What’s important is the knowledge that they are there, and that they are purposely misleading, misdirecting, and manipulating the minds of the human race for their own advantage. Just simply knowing that they exist greatly defies their agenda.

They intend to stay in the shadows until such time as to when the human race is so entranced by their tricks and treats that they could announce what they’ve been doing to the human race for millennia and nobody would give a damn as long as we can go about our daily lives. They have set up many control systems to keep us from questioning most anything, turning us into obedient sheeple.

Our perspective of what’s going on is not any better than that of a horse wearing blinders that keeps it from seeing anything to the left or right of the path it’s being guided down. However, there is a massive chain reaction of people waking up all over the world, which I doubt they will be able to contain for much longer.

How have they been able to do this to us, though? Why have they been so successful in mesmerizing an entire species which should be intelligent enough to realize what’s going on? I have thought about this for quite some time, and I believe their most common method involves both fear and exploiting a person’s mind against him or herself.

In religion, for example, fear takes a huge role in keeping a firm grasp on people’s minds, toying with our freedom of thought.

In Christianity or Buddhism, for instance, some couple thousands of years ago, a very wise man who believes he has divined the meaning of life and creation begins to spread his philosophy, and his followers carry it on after his passing, retelling the philosophy down through the generations until one day, ‘they’ decide to use this story of the man and his philosophy and mix it in with a bunch of lies that, if believed, would aid their agenda, and thus a new religion is born.

Because that’s how you get so many people to believe in something of such proportions that isn’t entirely true; you take a bit of truth and wrap it in a huge lie.

Public education is also another invaluable asset for the powers that be. Humans are being gradually brainwashed through their childhood and into a mindset of conformity so early on in life. We’re being told what the limits of this world are that ‘they’ need us to believe in to keep us from questioning the world and searching for answers once we’re adults.

We’re being conditioned to blindly obey rules and figures of authority. That’s what school is for; they’re training us early on to become slaves in the meaningless workforce later in our lives.
Honestly though, how do parents expect their children to learn anything substantial by being cooped up in classrooms everyday for that majority of their childhood?

I am not saying children do not learn anything in school; of course they do. We never stop learning. My point is that children would learn a lot more if they were given the freedom to go out in the world, experience things for themselves and explore their potential, instead of sitting in a classroom while reading the philosophy of those who had actually experienced life. Book smart isn’t life smart.

Even the most brilliant of university graduates may end up going nowhere emotionally, financially, or socially.

Thus the wise words of Albert Wiggins, “Education is what helps a lot of folks get along without intelligence.”

Back to the main point, we are literally surrounded by deceptions and distractions in this world. However, as more people become aware of our situation, they will be forced out into the open, powerless.

It’s nearing midnight, and the illusionists’ performance is coming to an end as members of the audience, one by one, snap out of the delusional world of which we have become so blissfully entranced by, and encourage those around him or her to do the same, starting a chain reaction.

Also, take note that there is a difference between waking up and staying out of bed. You could discover everything there is to know about what’s happening, but simply refuse to accept it and decide to go back to sleep. On the other hand, you could stand against the urge to sleep and stay awake until you get out of bed.

It is only once you have gotten up that you can pose a threat against these psychopathic illusionists. There are many factions of ‘them’ across the globe, and although they follow the same agenda, they are fighting over who will be at the very top if the agenda goes through.

Their arrogance and disunity has, is, and will always be their downfall, every single time. They’re so very desperate as of now, and that makes them more vulnerable, however dangerous, than ever.

They are few; we are many. They will try to turn us against one another, causing needless conflict even amongst the closest of friends and family members.

I wouldn’t doubt the strong possibility of them trying to start World War III at this very moment just as a diversion to keep us fighting with each other instead of against them. Remember who the real enemy is.

You don’t just give up. You don’t just let things happen. You make a stand. You say no. You have the guts to do what’s right, even when everyone else just runs away.