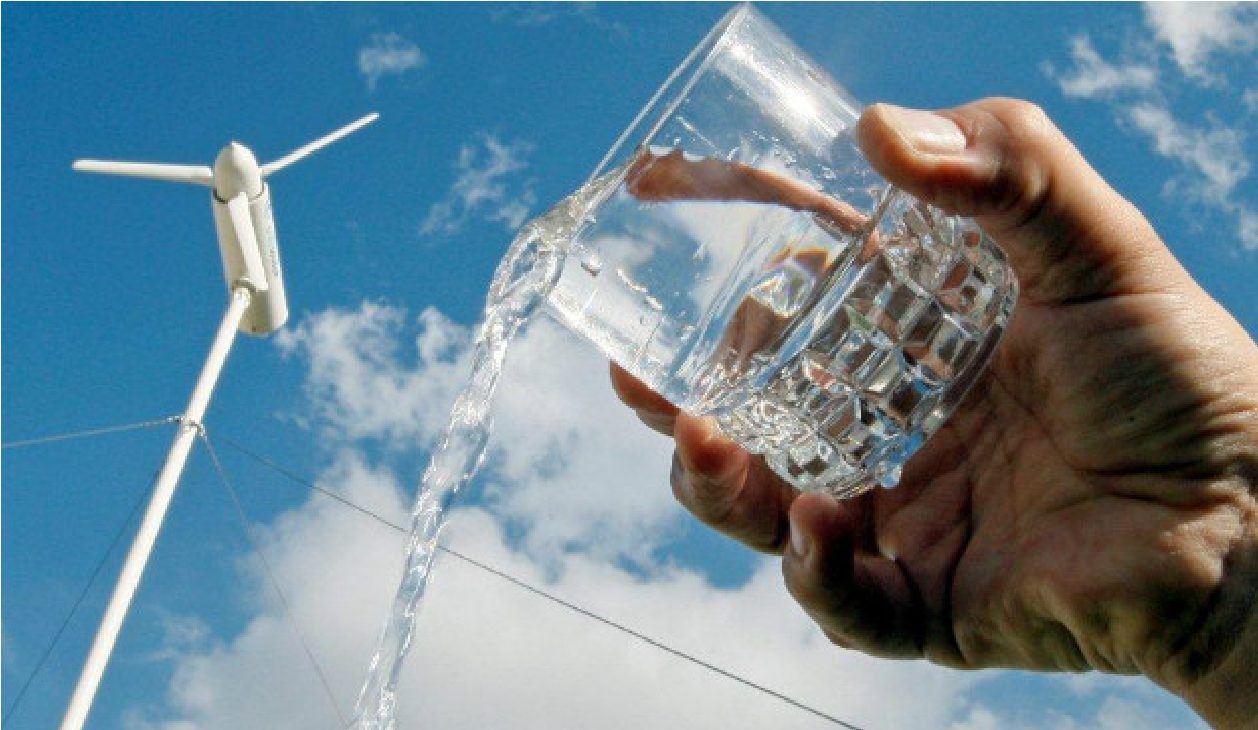 Wind Turbine Creates 1,000 Liters of Drinking Water Per Day… in the Desert!

A new invention that is already being tested in some desert areas is able to extract clean drinking water from the air using a wind turbine. A company called Eole Water has implemented this wonderful invention in areas of the Abu Dhabi desert.

Tests on a ground-mounted prototype of the water making system has shown that the device is capable of producing up to 1,000 liters of clean drinking water on a daily basis. The tests just began in October in Mussafah, on the outskirts of Abu Dhabi, but the results have inspired people all over the world.

The Eole Water wind turbine is also fully self sufficient, utilizing both wind and solar energy to power itself. 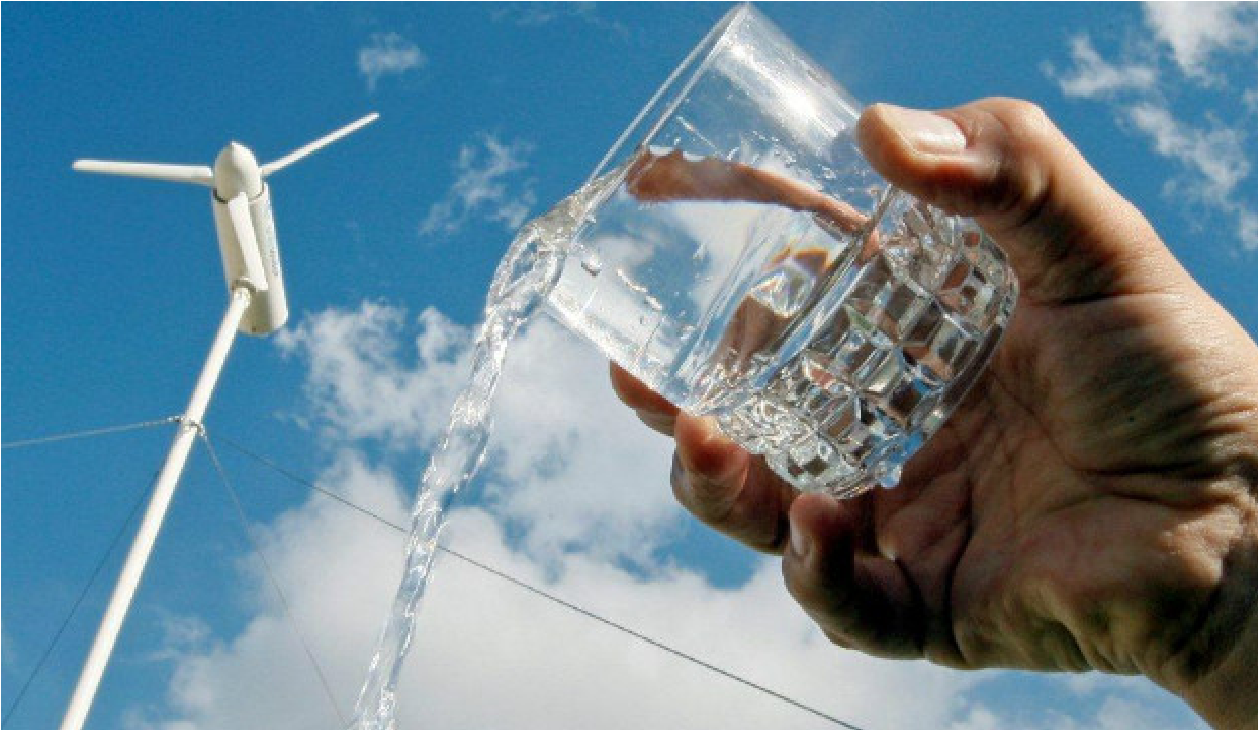 This is actually not the only invention of its kind, a number of new inventions to recently break news have similar technology, which enables devices to extract condensation from the air and convert it into drinking water.

One device, named NJORD after a sea god of Norse mythology is actually handheld, and looks like a simple plastic container.

According to Yanko Design “An internal thermostat monitors air temperature and adjusts an internal polar polymer to create the needed conditions for condensation to occur inside the bottle. Simply turn on the device and in two hours you’ll have a liter of water (in 50% humidity).”

According to the inventors of the NJORD, this design is based off of an older technology called “air wells”.  According to Wikipedia, an air well or aerial well is a structure or device that collects water by promoting the condensation of moisture from air.

Designs for air wells are many and varied, but the simplest designs are completely passive, require no external energy source and have few, if any, moving parts.

Modern technology has allowed designers to take this concept to the next level, with a number of devices that can produce water out of thin air.