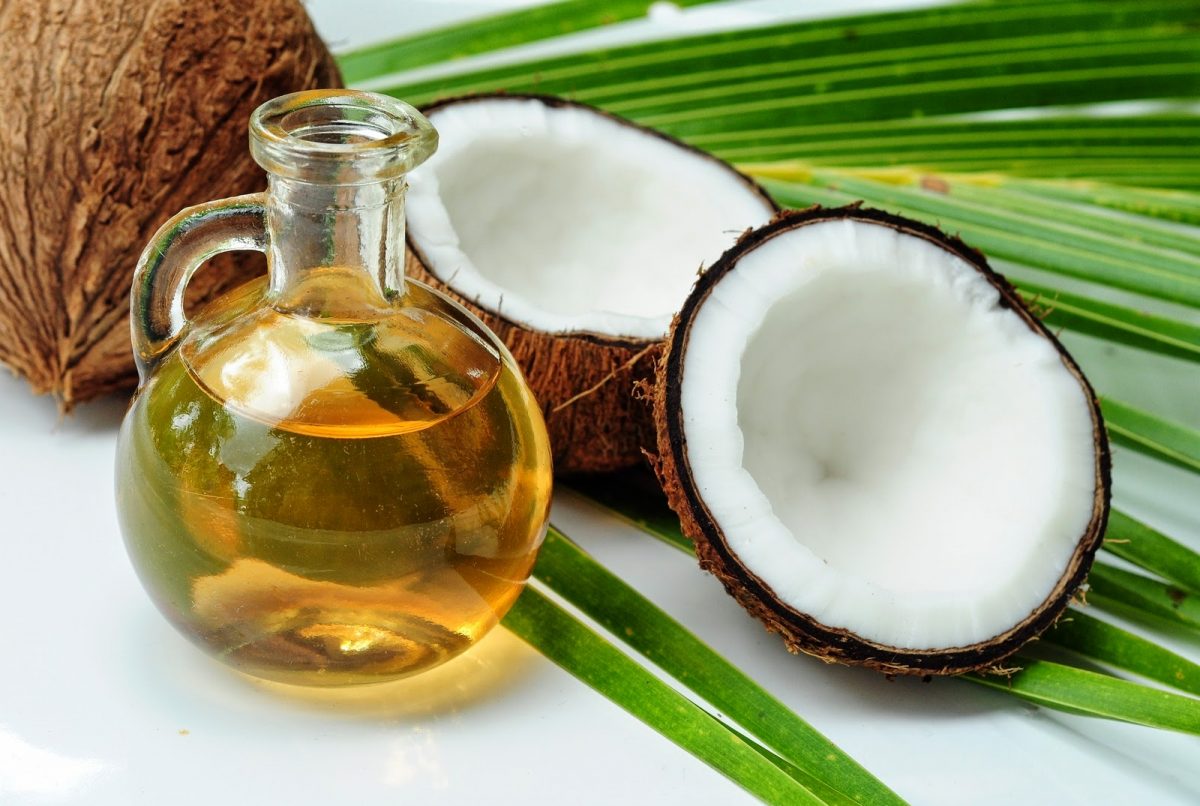 Coconut oil is one of the few foods that can be classified as a “superfood.” Its unique combination of fatty acids can have profound positive effects on health.

This includes fat loss, better brain function and various other amazing benefits. Here are the top 10 health benefits of coconut oil that have been experimentally confirmed in human studies. 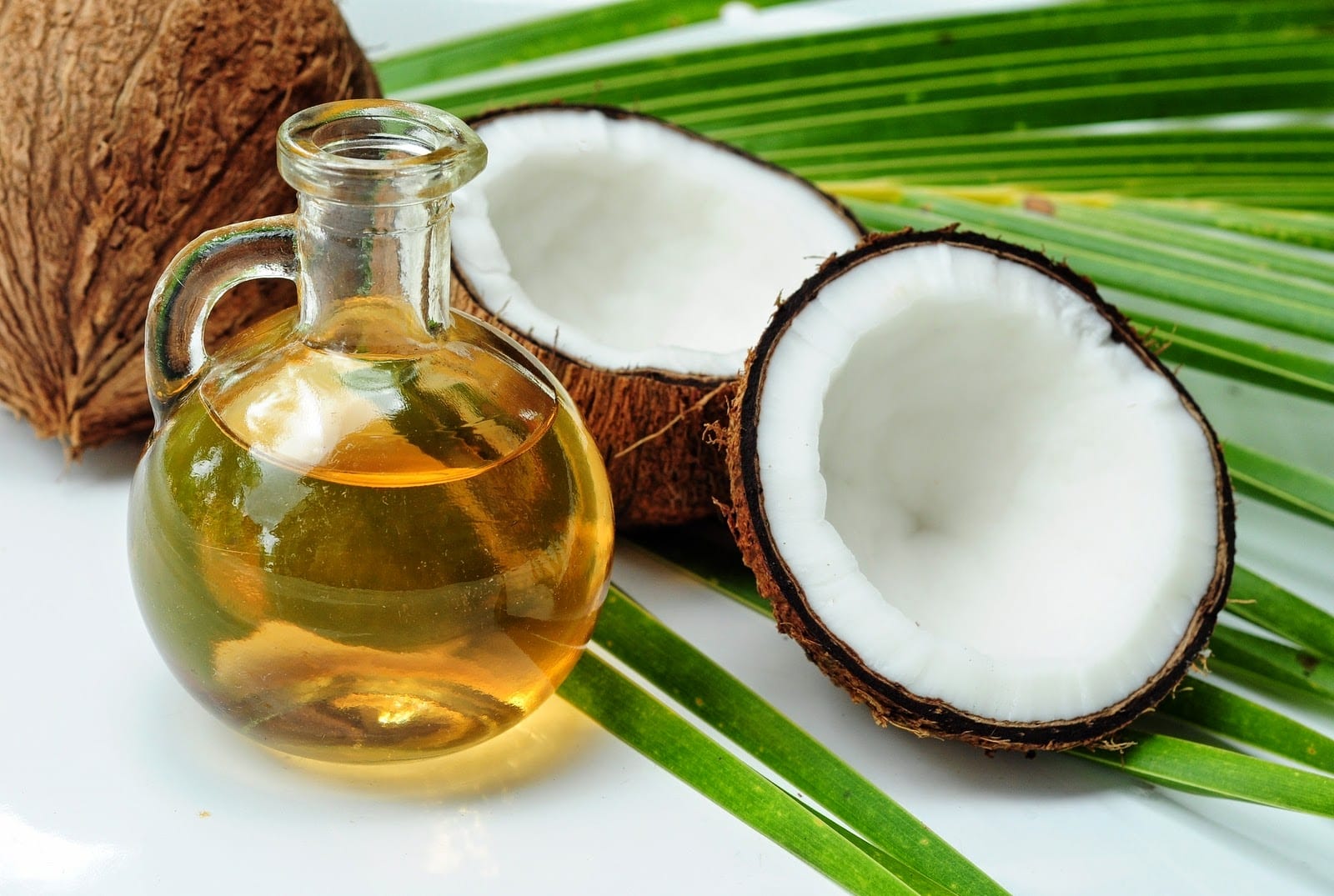 Coconut oil has been demonized in the past because it contains saturated fat. In fact, coconut oil is one of the richest sources of saturated fat known to man, with almost 90% of the fatty acids in it being saturated (1).

However, new data is showing that saturated fats are harmless. Many massive studies that include hundreds of thousands of people prove that the whole “artery-clogging” idea was a myth (2).

Additionally, coconut oil doesn’t contain your average run-of-the-mill saturated fats like you would find in cheese or steak. No, they contain so-called Medium Chain Triglycerides (MCTs) – which are fatty acids of a medium length.

Most of the fatty acids in the diet are long-chain fatty acids, but the medium-chain fatty acids in coconut oil are metabolized differently. They go straight to the liver from the digestive tract, where they are used as a quick source energy or turned into so-called ketone bodies, which can have therapeutic effects on brain disorders like epilepsy and Alzheimer’s.

Bottom Line: Coconut oil contains a lot of medium chain triglycerides, which are metabolized differently and can have therapeutic effects on several brain disorders.

2. Populations That Eat a LOT of Coconut Are Among The Healthiest People on The Planet

Coconut is kind of an “exotic” food in the Western world, primarily consumed by health conscious people.

However, in some parts of the world, coconut is a dietary staple that people have thrived on for many generations. The best example of such a population is the Tokelauans, which live in the South Pacific.

They eat over 60% of their calories from coconuts and are the biggest consumers of saturated fat in the world. These people are in excellent health, with no evidence of heart disease (3). Another example of a population that eats a lot of coconut and remains in excellent health is the Kitavans (4).

Bottom Line: Plenty of populations around the world have thrived for multiple generations eating massive amounts of coconut.

Obesity is currently one of the biggest health problems in the world.

While some people think obesity is only a matter of calories, others (myself included) believe that the sources of those calories are critical too. It is a fact that different foods affect our bodies and hormones in different ways. In this regard, a calorie is NOT a calorie.

The medium-chain triglycerides (MCTs) in coconut oil can increase energy expenditure compared to the same amount of calories from longer chain fats (5, 6).

One study found that 15-30 grams of MCTs per day increased 24 hour energy expenditure by 5%, totalling about 120 calories per day (7).

Bottom Line: The medium chain triglycerides in coconut oil have been shown to increase 24 hour energy expenditure by as much as 5%, potentially leading to significant weight loss over the long term.

4. The Lauric Acid in Coconut Oil Can Kill Bacteria, Viruses and Fungi, Helping to Stave Off Infections

Almost 50% of the fatty acids in coconut oil is the 12-carbon Lauric Acid. When coconut oil is enzymatically digested, it also forms a monoglyceride called monolaurin. Both lauric acid and monolaurin can kill harmful pathogens like bacteria, viruses and fungi (8).

For example, these substances have been shown to kill the bacteria Staphylococcus Aureus (a very dangerous pathogen) and the yeast Candida Albicans, a common source of yeast infections in humans (9, 10).

5. Coconut Oil Can Kill Your Hunger, Making You Eat Less Without Even Trying

One interesting feature of coconut oil is that it can reduce your hunger. This may be related to the way the fatty acids in it are metabolized, because ketone bodies can have an appetite reducing effect (11).

In one study, varying amounts of medium and long chain triglycerides were fed to 6 healthy men. The men eating the most MCTs ate 256 fewer calories per day, on average (12).

Another study in 14 healthy men discovered that those who ate the most MCTs at breakfast ate significantly fewer calories at lunch (13).

These studies were small and only done for a short period of time. If this effect were to persist over the long term, it could have a dramatic influence on body weight over a period of several years.

Bottom Line: The fatty acids in coconut oil can significantly reduce appetite, which may positively affect body weight over the long term.

6. The Fatty Acids in Coconut Oil Are Turned into Ketones, Which Can Reduce Seizures

This diet involves eating very little carbohydrates and large amounts of fat, leading to greatly increased concentrations of ketone bodies in the blood. For some reason, this diet can dramatically reduce the rate of seizures in epileptic children, even those who haven’t had success with multiple different types of drugs.

Because the MCTs in coconut oil get shipped to the liver and turned into ketone bodies, they are often used in epileptic patients to induce ketosis while allowing for a bit more carbs in the diet (15, 16).

Bottom Line: The MCTs in coconut oil can increase blood concentration of ketone bodies, which can help reduce seizures in epileptic children.

7. Coconut Oil Can Improve Blood Cholesterol Levels and May Lower Your Risk of Heart Disease

Coconut oil is loaded with saturated fats, which actually do not harm the blood lipid profile like previously thought. Saturated fats raise HDL (the good) cholesterol and change the LDL cholesterol to a benign subtype (17, 18).

In one study in 40 women, coconut oil reduced Total and LDL cholesterol while increasing HDL compared to soybean oil (19).

This improvement in cardiovascular risk factors should theoretically lead to a reduced risk of heart disease over the long term.

Bottom Line: Studies in both humans and rats show that coconut oil improves important risk factors like Total, LDL and HDL cholesterol, which may translate to a reduced risk of heart disease.

8. Coconut Oil Can Protect Hair Against Damage, Moisturize Skin and Function as Sunscreen

Coconut oil can serve various purposes that have nothing to do with eating it. Many people are using it for cosmetic purposes and to improve the health and appearance of their skin and hair.

Studies on individuals with dry skin show that coconut oil can improve the moisture and lipid content of the skin (22).

Coconut oil can also be very protective against hair damage and one study shows effectiveness as sunscreen, blocking about 20% of the sun’s ultraviolet rays (23, 24)

Another application is using it like mouthwash in a process called oil pulling, which can kill some of the harmful bacteria in the mouth, improve dental health and reduce bad breath (25, 26, 27).

Bottom Line: Coconut oil can be applied topically as well, studies showing it to be effective as a skin moisturizer and protecting against hair damage. It can also be used as a mild form of sunscreen and as mouthwash.

9. The Fatty Acids in Coconut Oil Can Boost Brain Function in Alzheimer’s Patients

Alzheimer’s disease is the most common cause of dementia worldwide and occurs primarily in elderly individuals. In Alzheimer’s patients, there appears to be a reduced ability to use glucose for energy in certain parts of the brain.

Ketone bodies can supply energy for the brain and researchers have speculated that ketones can provide an alternative energy source for these malfunctioning cells and reduce symptoms of Alzheimer’s (28).

In one 2006 study, consumption of medium chain triglycerides led to immediate improvement in brain function in patients with milder forms of Alzheimer’s (29).

Other studies support these findings and medium chain triglycerides are being intensively studied as potential therapeutic agents in Alzheimer’s disease (30, 31).

Bottom Line: Studies show that the fatty acids in coconut oil can increase blood levels of ketone bodies, supplying energy for the brain cells of Alzheimer’s patients and relieving symptoms.

10. Coconut Oil Can Help You Lose Fat, Especially The Dangerous Fat in Your Abdominal Cavity

Given that coconut oil can reduce appetite and increase fat burning, it makes sense that it can also help you lose weight. Coconut oil appears to be especially effective in reducing abdominal fat, which lodges in the abdominal cavity and around organs.

This is the most dangerous fat of all and is highly associated with many Western diseases. Waist circumference is easily measured and is a great marker for the amount of fat in the abdominal cavity.

A study in 40 women with abdominal obesity, supplementing with 30 mL (1 ounce) of coconut oil per day lead to a significant reduction in both BMI and waist circumference in a period of 12 weeks (19).

This number may not seem too impressive on the surface, but be aware that these people aren’t adding exercise or restricting calories. They’re losing significant amounts of abdominal fat simply by adding coconut oil to their diet.

If you want to buy coconut oil, then there is an excellent selection on Amazon with thousands of customer reviews that are fun to browse through. It is also available in most health food stores.

If you want to enjoy the health benefits outlined in the article, then you must get organic, virgin coconut oil… NOT the refined stuff. This is really just the tip of the iceberg. People are using coconut oil for all sorts of things with incredible success.

The 25 Rules of Disinformation: Everything is a Lie Previous post
Lead Exposure Causes ADHD in Children, New Study Shows Next post