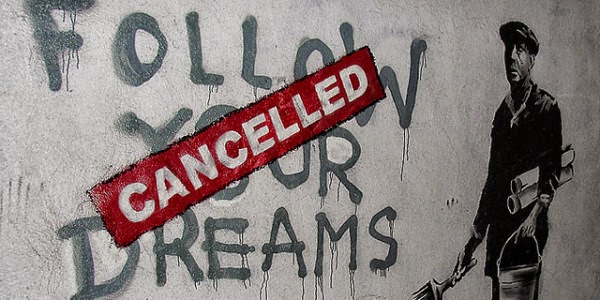 5 Lies You Will Hear Whilst Following Your Dreams

You have dreams right? You have an idea of what your ideal life would be like, where you’d live, what you’d be doing and who you’d be with. But I bet the one thing that’s stopping you following your dreams, is that you think you need to have lots of money in the bank first.

So you tell yourself it’s better to stay where you are, doing that job you hate or living in that house or staying in that relationship just because your dreams are too far away to ever reach. 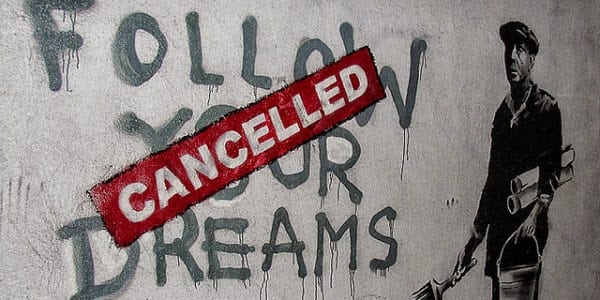 Or you might even be happy doing that job, but you can’t ever fathom doing what you love because there seems to be a ‘cap’ on how much money you earn.  Or you have lots of debts that you need to pay off first or a mortgage to pay out on each month, so all your money goes as quickly as you earn it!

I hear you! It’s scary, you feel a little bit trapped because if you just had the right amount of money sitting there, or something to fall back on or a plan just in case, you just know your life would be so much different.

Stop listening to the lies!

Look I have no proven track record of making it to my dreams, yet. But what I do have is a reasons why you don’t listen to the lies other people tell you whilst you go head long into your dreams. I’ve heard it all before and I guarantee if you want to follow your dreams you’ll hear these too.

So buckle up, listen tight and be prepared with knowing the lies before the ‘naysayers’ get to you first!

What a load of old tosh! This is a complete fallacy especially in this day and age. Everyone knows, if you don’t you will do now, is that no job is ever for the long term. Look we’ve been hit hard by recession after recession and it’s trying to tell us something – THAT NO JOB IS SAFE – period!

If you want safe, go lock yourself up somewhere in a quiet dark room and pretend that everything is alright. Or you can go for broke and start making your own plans instead of relying on someone else to do it for you.

Personally, I’d rather fail at trying than never trying it all. Failure isn’t a bad thing at all. If something doesn’t work out, you try something else. You learn from it and use it to move you into something new.

Failure is not a bad thing. In fact, failure is how you grow, how you learn and be the person you are. See failure as your friend — it is mine!

So what? If the big supermarkets all thought ‘oh I can’t sell food, because there’s other supermarkets’ doing it’ then we’d never have any competition or variety would we?

If other people are doing what you do, you can be rest assured in the fact that no one is doing it like you! There is no one else like you on this planet so what you bring to your business, or to your dreams is totally and uniquely you.

Oh, and who says there’s not enough to go around? Oh yeah, the ‘naysayers’ which is why they are still stuck in the jobs they hate!

What is? Flying across the world in something called an aeroplane? Or running the 4 minute mile? Somebody thought these things were impossible until it was achieved. It’s only impossible because someone says it is. It doesn’t mean it’s a fact!

If you believe something is possible, follow your dreams, work hard and keep believing with all your heart then you will achieve it. That’s what I intend to do anyway – are you coming too?

Yep, that’s because those ‘lucky ones’ got out there and kicked it! They didn’t sit there wishing their lives were different; they got on with it and worked hard.

Sure, they hit the tough times, we all do, but they carried on anyway. They had faith in what they could do, the never quit and they wanted it badly enough.

The question is my friends: Do you want it badly enough?

Seek out those who’ve achieved, read books, go to conferences and surround yourself with the successful people because you know what? Success rubs off on you!

Your Job Does NOT Define Who You Are Previous post
Starve the Consumerism Beast: Love Mankind and Resist the System Next post